Now this is a post I thought I’d never write because, to be honest, for a long time I found it quite irritating. There was my daughter sat up the corner of the settee, constantly pulling at her hair while watching YouTube videos – brushing it, plaiting it, adding grips and nets, insisting on certain types of bands. She would do it over and over again. And all I could think was that she would break her hair (it’s very long and those end bits must be five or six years old) or that she would make it greasy. 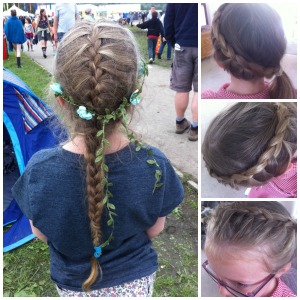 When I had a daughter, after the initial euphoria of pink stuff and general girliness, I was hit by a terrible thought. I WOULD HAVE TO DO HER HAIR. I would have to do bunches that were even and plaits that didn’t fall out, with a parting that was straight and neat. It was OK, I reassured myself. I had a few years to practice before she started school. Because it doesn’t really matter what their hair looks like before then, does it?

She didn’t have a lot of hair and we just about squeezed a couple of tiny bunches out of it by her second birthday. It was only really when she was 3 that it started to grow. And grow and grow. She has actually never had it cut, only trimmed by Daddy, and it is down to her bum. Before she started school, she mainly had it in an alice band, with Mummy’s really bad bunches from time to time. 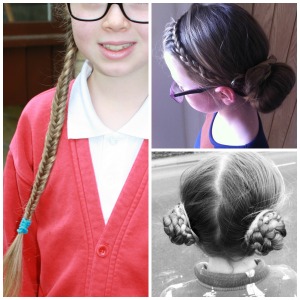 As soon as she started school, she had opinions on her hair. A girl in her class had a plait from a ponytail, not just one straight down her back. Could she have that? So she had ordinary plaits and ‘bunchy plaits’ and ‘ponytail plaits’ and they were all pretty rubbish. I just couldn’t pull them tight enough or make them neat enough.

When she was 7, she discovered YouTube hair videos, and my job was done. Because she could do her hair so much better than me. She mastered my basic styles in no time – her plaits were so much tighter and so much neater and they were always still in at the end of the school day. Then she moved onto more complex styles – fishtails, French plaits and special plaits going round her head into a bun. 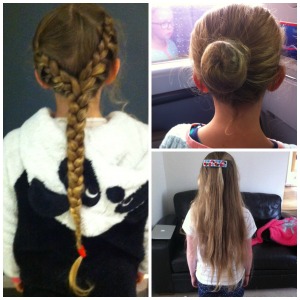 It might have irritated me slightly watching her pulling at her hair, but I had to admit she was good! Her hard work and persistence really paid off. She worked fast too – she would think nothing of two fishtails for school. Two fishtails?! It all seemed like a bit too much hard work to me, but she’s not me. She’s her own person and her appearance matters to her more than mine matters to me.

Everywhere she goes, people comment on her lovely hair and ask the same thing: ‘Who did your hair, Mummy?’.

No, not Mummy. Mummy doesn’t have the first idea how to do a fishtail or a clever little plait thing round the head into a bun. People can’t believe that an 8 year old girl can do such amazing styles.

I’m actually quite proud of her. 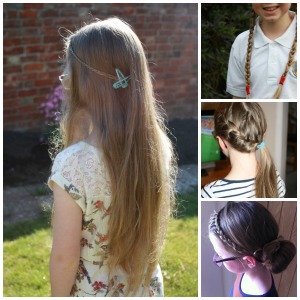 If you’re feeling Loud ‘n’ Proud of any achievements this week, please add them to the linky below. And grab the badge if you like!

Next week, Loud ‘n’ Proud will be hosted by the fabulous Mama Owl.