The school residential (missing my girl)

My daughter is on her year 4 school residential and there’s a big hole in my life. It’s a very short time – only Wednesday to Friday, but it seems like forever. I knew I would miss her, but I’m missing her even more than I expected to.

She has been so excited about this trip for so long. She has literally been counting down to it for months. I think she has shared with me every word the teachers have ever uttered to them about it. She has taken every single one of those words on board. It’s a proper outdoor trip – all about getting muddy and wading in streams and ponds. She’s an adventurous, outdoor sort of girl and it will be right up her street. I don’t doubt she will love it. I just hope it can live up to her expectations, because her expectations have been extremely high.

I started feeling sick about it a few days before she went. It was her school uniform that did it. I was hanging it up and I thought ‘she’s not going to need this much this week’. And then it really hit me.

The boys have been away lots of course. For my eldest, the summer is pretty much one long Scout camp. My daughter has never been away before. I missed the boys more when they were younger too, but I knew I would feel her loss even more.

Because she’s always there. She’s my little shadow. The boys are usually upstairs together, doing their own thing. My daughter chatters non-stop and she’s always with me. She’s forever calling me to ask me something or tell me something. It’s often some minute bit of information about something that happened in maths that I didn’t need to be dragged away from cooking the tea or out of the toilet for. But this stuff is important to her her, so I don’t mind. I know that she’s growing up I haven’t got much longer with her telling me these little things, so I treasure these moments while I still have them. One day she won’t be my shadow any more.

It turns out a shadow leaves a really big hole. 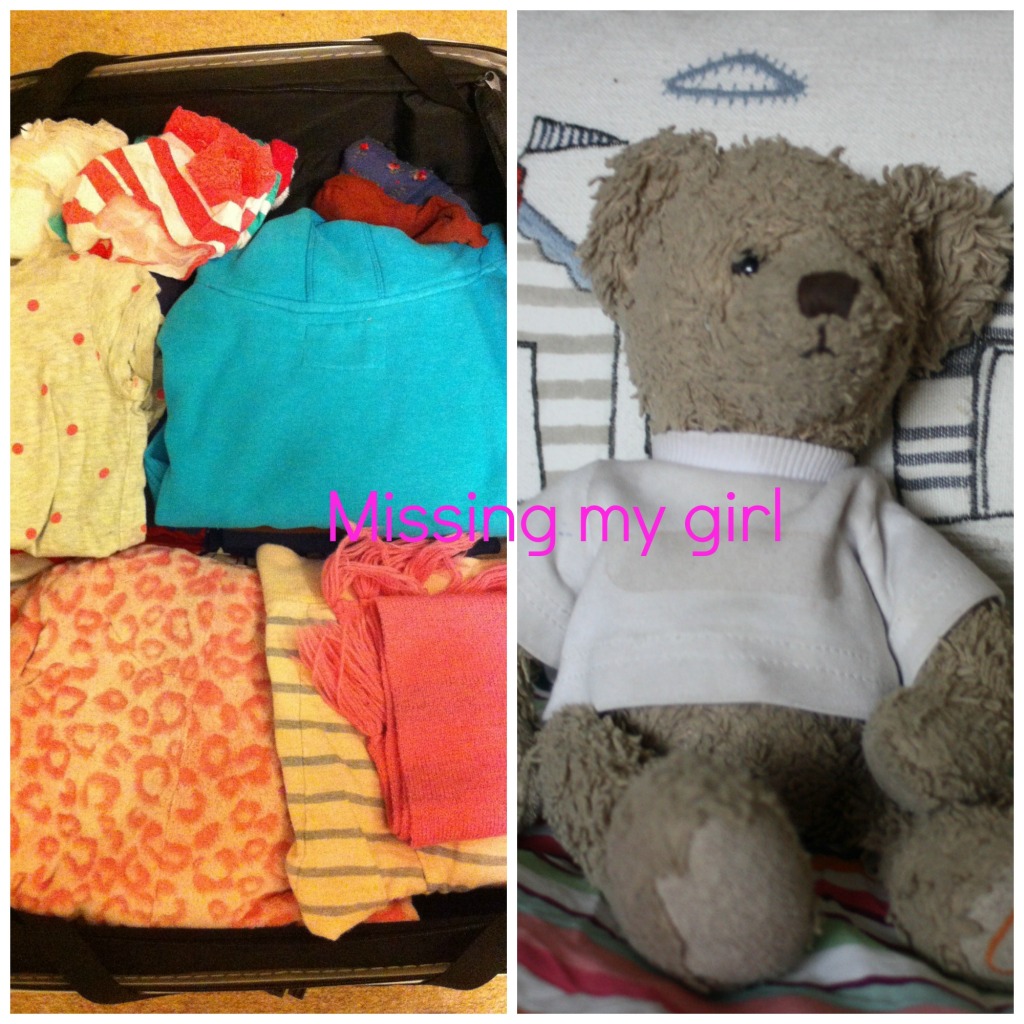 I couldn’t cry or feel sad when I waved her off. She was beaming as the coach drove away and waving madly. She wasn’t sad. She was happy. Her dream had finally come true. She was heading off on the trip she’d waited so long for.

But I found myself counting the minutes. The coach drove off at 9.19am. She’d been gone 27 minutes, 46 minutes, an hour, an hour and a half…

It felt strange picking up only my son from school. It almost felt like I didn’t need to go because he’s old enough to walk home on his own. But I went because I wanted to and because maybe it wasn’t fair of me not to go just because his sister wasn’t there.

My younger son has filled a bit of a gap for me. He seems happier and he’s certainly chattier than when his sister is around. It’s nice to talk to him more. Both boys seem calmer than they do usually.

The hours after school seemed to drag on forever without the daily drive to dance lessons. And then I had to time to sit down. Because I had far less to do than usual. It should have been nice, but I just felt the absence of her more strongly.

She made the very difficult decision to leave her beloved Teddy at home because she was too scared of losing him. Daddy and me have the important job of looking after Teddy. She took a similar teddy to make up for him, but he won’t be the same. I hope she will be able to sleep without Teddy. In fact, I hope she will be able to sleep full stop. She’s in a room of six girls and sleeping isn’t one of her strong points. She won’t have the light on, but at least she won’t have to worry about being on her own. I hope there’s enough food that she likes, and that she eats and drinks enough. I hope she doesn’t feel sick on the coach. She got on first along with the other ‘travel sick kids’. They sit them altogether downstairs.

Breakfast without her chattering to her brother was quiet, so was the walk to school. The evenings felt long without driving to dance lessons. You would think I might enjoy the break from that, but life felt a bit empty without it. I really didn’t know what to do with myself. When you’re always rushing around, suddenly only having just two kids at home feels too easy. It’s not challenging enough.

But she’ll be back before I know it. Full of chatter and news. I can’t wait to see her.