The cost of feeding a child

Home » Family » The cost of feeding a child

How much does it cost to raise a child? To be honest, if we knew in advance I think it might put a lot of people off having children. But children are priceless, aren’t they?

If, however, you do want to work out how much it will cost to bring a new life into the world – or how much your existing children are costing you to keep, you need to consider the age of the child age and also things like food, transport, hobbies and clothing. There are also a remarkable number of school costs, from uniforms to trips.

Recent figures from Natwest estimate it costs £40 a week to feed an 8-12 year old and £50 a week to feed a 13-17 year old. So how much does it costs to feed my 13 year old son? Would it be more, less or about the same? My initial thought was it would be more, as we have expensive tastes. But then I realised it’s just me with the Green & Black’s habit. My son is a boy of simple tastes – he likes bread, cereals and pizza. But there is only one way to be sure how much it costs to feed him – add it up!

Now I’m not going to bore you with the detail of exactly what he ate over the course of seven days, but this is Tuesday’s meals, a fairly typical day of eating in the life of my son:

That adds up to £3.76, which would put him well below average.

During the week he had one school dinner and one McDonalds, which is pretty standard (not always McDonalds, but usually one lunch out somewhere fairly cheap during the week!).

But what about weekends when we have more treats?

So, in my experience, the cost of feeding my teenage son is a lot cheaper than the cost calculated by Natwest, but I know there will be weeks, such as when we’re on holiday, when it could end up a lot more expensive. I also know that he’s only 13 and in the next few years his appetite will grow dramatically!

How much does it cost to feed your kids? Are they cheaper or more expensive than the average child? 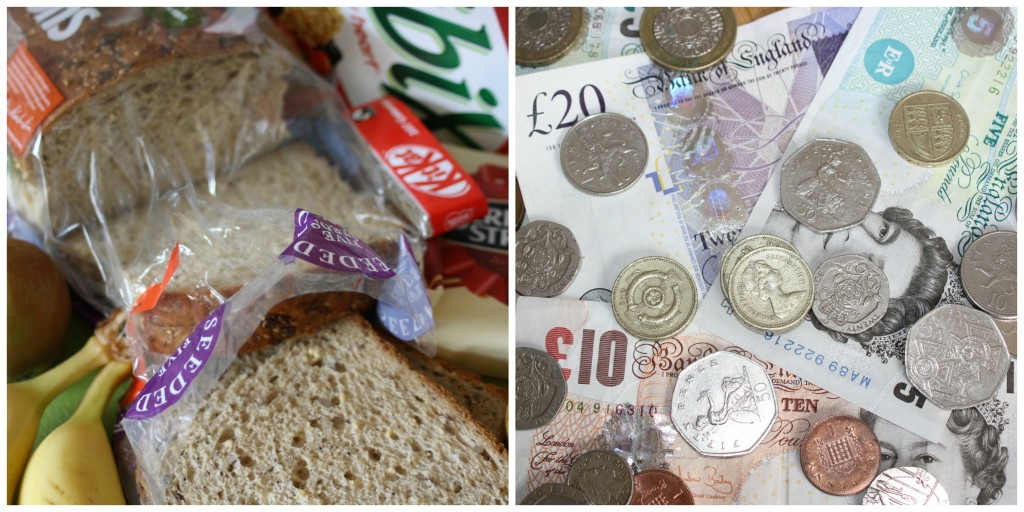