Sunday was our annual dance show – our fourth one! We started when my daughter was a tiny little thing in reception and now she’s a cool 8 year old. In that time the dance school has probably doubled in size too and the show has moved to a bigger theatre.

As time management goes, you don’t get much worse than a full-on weekend at Britmums Live, followed by a delayed train then a very long, hot day at the theatre, starting at 8.30am, for a dance show. But that’s just the way the cookie crumbles. Both events were things I’d looked forward to for a long time, but the thought of them falling at the same time was slightly stressing me out.

I love my weekly dance class, but lately I’ve felt like I’ve hit a wall with it. Most other people in the class do three or four classes a week and are getting better all the time. I do one class and I’m stuck in a rut. I find it hard to learn dances and I feel left behind. I love taking part in the show, but increasingly for me the show is about my daughter and not me. She’s moving onwards and upwards – last year she did three dances, this year she did five and I am just proud to be her mum. 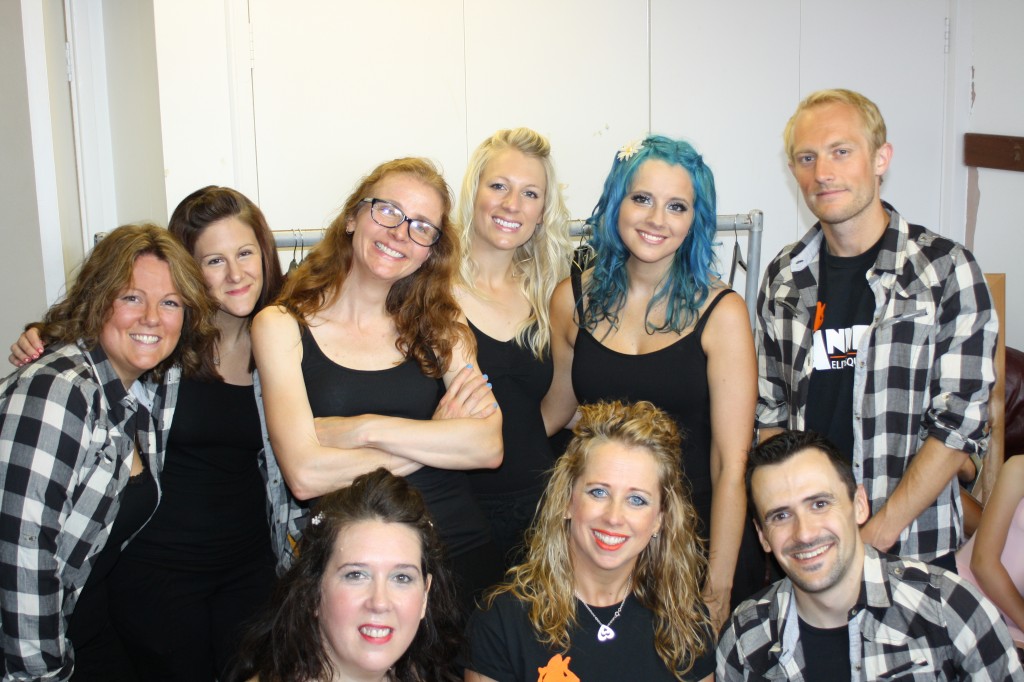 The show kicked off with the elite dance – 30 of the best dancers in the dance school and only three kids as young as 8. One of them belonged to me. The dance is an absolute riot of movement and dance styles. I watched from the wings and it looked brilliant. I can only imagine it looked even better from the auditorium.

I was on stage shortly afterwards dancing to Timber. I can safely say that if I never hear that song again, it will be too soon. There’s something about that dance routine that I just couldn’t get into my head. I was aware I made a couple of small mistakes, but I was also aware that I danced it far bigger and better than in class or at home. Something about the stage, the audience and the lighting changes the way I dance for the better.

Then my daughter was back on stage for her contemporary routine to Happy Ending. The contemporary routines are absolutely beautiful. The class is years 3-7 and is heavily weighted towards year 7, so my daughter looks tiny. But her dancing is just as beautiful, just as strong and just as controlled as the older girls. In some cases, it’s better. As I watched, I thought it was strange that I hadn’t welled up. And then I did!

It’s in my daughter’s street class where she really shines. The class is years 3 and 4 and my daughter stands out by a mile. Her moves are big and confident and she smiles and struts her way through the routines. Every movement is sharp and clean. She is a dancer through to her fingertips. At that age, very few children get this – they just move their arms in generally the right direction and head generally the right way across the stage. I noticed most of the little heads pointed one way – towards my daughter! If they weren’t feeling confident they followed her because they knew she would know what she was doing (this is something I’m afraid I have to do myself!). At the end of the dance, the class went off and one little girl with big attitude and hair down to her bum strutted forward and danced eight beats on her own. The audience cheered. That’s my girl! I could have burst with pride.

My class opened the second half. I loved that dance with every bit of passion that I hated Timber. It’s a military mix with random bits of Michael Jackson in it which turns into a wild and crazy party on the stage. I totally smashed that one. It felt like it was over in seconds, and it felt brilliant.

My daughter was straight up on stage after that dancing to Counting Stars with her contemporary class. Those contemporary dances really are so beautiful and expressive. I had to move up and down the wings to try to watch her, but it’s hard to see a little girl among big girls. It’s a shame I never get to see it from the audience, but we will get a DVD so I can see it properly.

Halfway through the second half my daughter danced her second street routine – Word Up. This is another one where she totally owns the stage. You can’t take your eyes off her – and I’m not just saying that as her mum. She just stands out so much. My sister said to me that she tried to watch the other kids, but her eyes were just drawn to my daughter. She had tears in her eyes watching her.

And then it was the finale. And then we had to do it all over again! 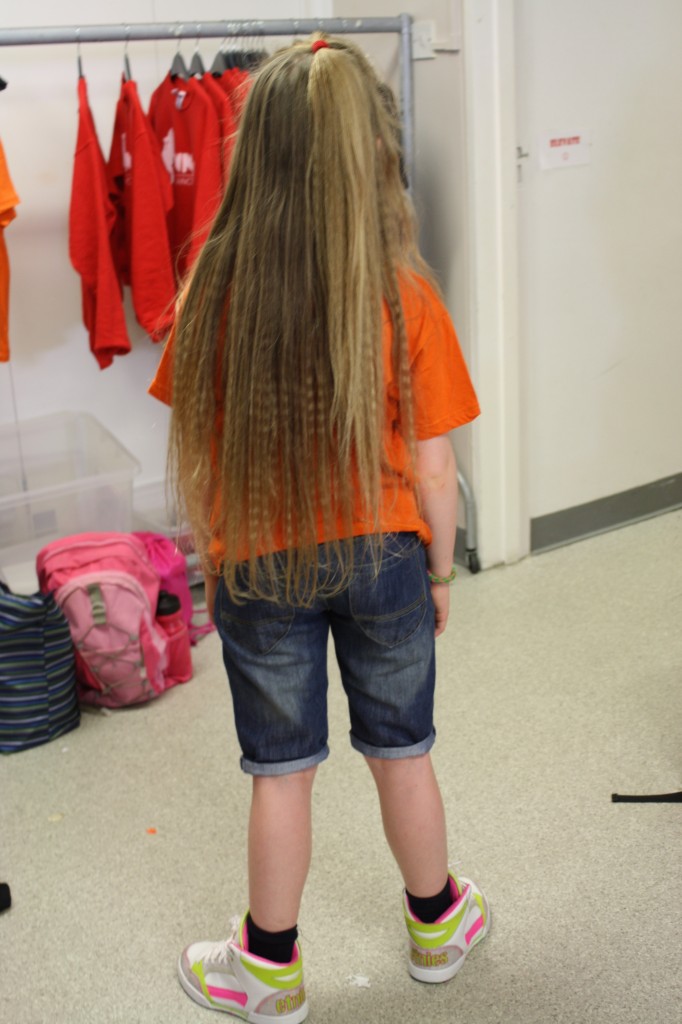 Linking up to Loud ‘n’ Proud with Secrets of the Sandpit.