Today my son, my eldest child, my first born, my biggest boy turns 13. THIRTEEN. A teenager.

In many ways, 13 hasn’t come as a shock. That’s what being one of the youngest kids in the year at school does – all his friends are 13 already, so there’s a part of me that has felt he’s been a teenager for a while.

What to write about this milestone? Do I reflect on how far he’s come or exactly where he is now, or write about a bit of both?

He came into the world in the early hours of Wednesday 27th June, after a labour which had started two days earlier. He was a tiny little thing, lying on the floor surrounded by blood (I gave birth standing up). As a baby, he was hard work. He was colicky and cried a lot, he didn’t have much of a routine and everything was a challenge. But he grew into a delightful toddler. He was so happy, with the biggest blue eyes and a lovely smile. 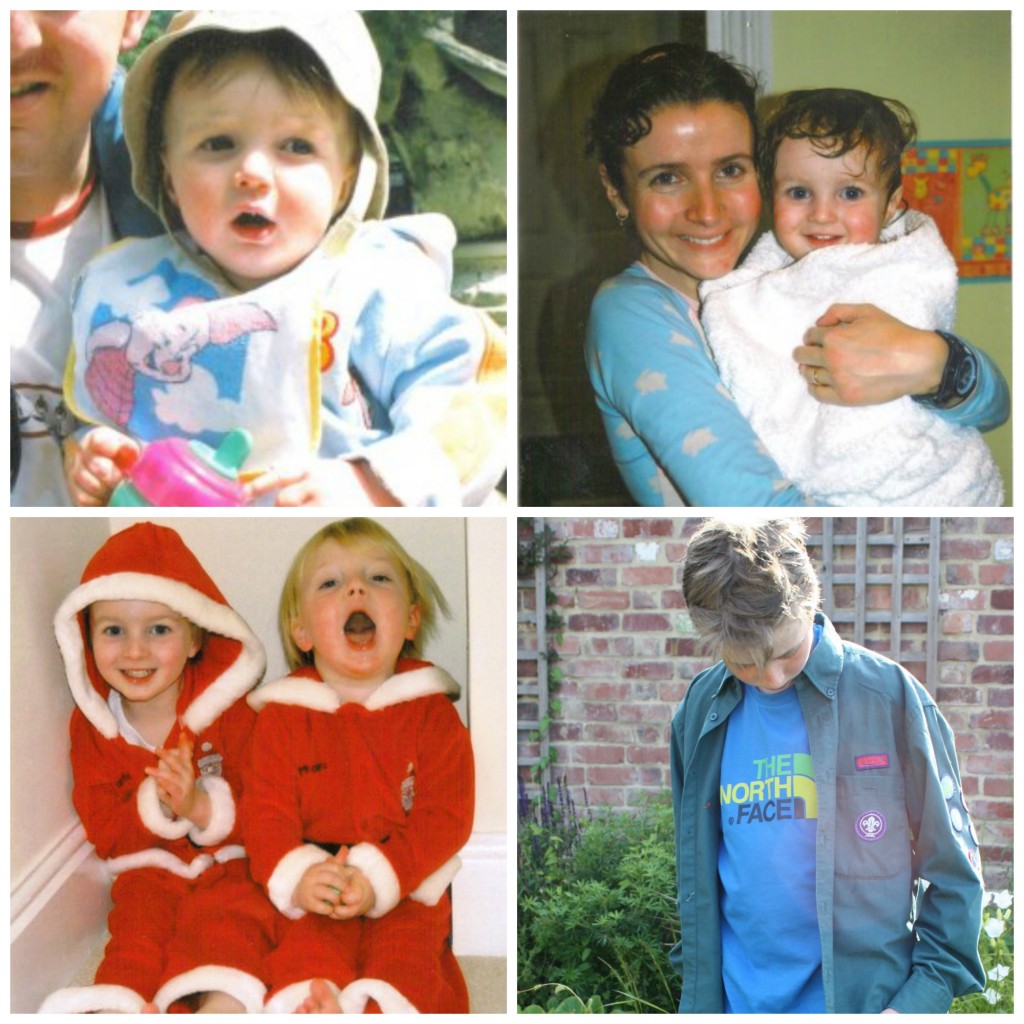 My son right now is a typical 13 year old boy. Everything I read about 12 and 13 year olds could be written about him. It’s reassuring to know that, when he’s challenging us, it’s just his age talking and he will eventually grow out of it.

He’s nearly as tall as me – he’s overtaken his Grandma – and I have no doubt he will have left me way behind by this time next year. His feet are bigger than mine now (and mine aren’t small!). He’s always looked the same size as his brother (they have been mistaken for twins many times over the years), but now the gap between them is growing. My boys is starting his growth spurt.

He doesn’t have the best attitude to school and school work, although the reports he get from school are pretty good. His behaviour at school is impeccable, his work not quite as good. I feel he’s not fulfilling his own potential and that his secondary school don’t know what his potential is, so they’re happy to let him coast and do quite well, but not really well. He hardly ever does homework and the homework he does is largely illegible (he’s left-handed and has always struggled with his handwriting). The other day he gave me a letter dated March telling me when his year 8 exams were. Needless to say, the exams were over. He’d never thought fit to tell me he was doing them.

He still plays violin and passed his Grade 2 earlier this year, but he doesn’t play as much as he used to. He has a slightly defeatist attitude to it and won’t be brave and try to play a tune he hasn’t been taught in his lesson.

He loves fishing, but I suspect his interest in that is starting to wane a bit after a year of obsession. He doesn’t talk about it as much and hasn’t been fishing for a while now. He has had many obsessions over the years (mainly for collecting things), but he usually gets bored of them after a year or two.

He got his rugby-playing mojo back over the last year, which I’m really pleased about. As he’s quite small for his age he was starting to look tiny and vulnerable on the rugby pitch. He had a bit of a wobble at the start of the year and was considering quitting, but we don’t encourage quitting in our house. He stuck at it and started playing for the school team too. I was so proud that he got the most improved player trophy for the under 13s this year.

His biggest love is still Scouts. He loves camping, he loves hiking, he loves everything about it. I am so pleased he has found something which really fulfils him and hope he makes the most of his last year before he moves up to Explorers.

My boy is developing some strong and pretty well-informed opinions. He is interested in the world around him and the news on TV. Sometimes I think he’s better informed than me. He has a clear sense of right and wrong, which I’m proud of (although his brother and sister are exempt from this and being horrible to them is perfectly OK). Just the other day he reported some kids for bullying a boy on the bus. The boy is older than him, but has a slight learning disability which makes him more vulnerable. In reporting the bullies my son potentially put himself at risk, so I’m proud of him for doing this.

A while ago I thought my son’s relationship with his brother was wavering slightly, but their shared love of Xbox and Minecraft has brought them back together. They’ve always been the best of friends and I’m pleased they are again, although I’d much rather they were doing something different.

His relationship with his sister continues to be strained. He cannot stop himself from having a go at her and arguing with her. It is pretty much constant from the second they get up. I don’t know why he dislikes her so much, but he does.

As teenagers go, he’s a pretty good one and I have no doubt he will grow into an adult I will be proud to call my son. 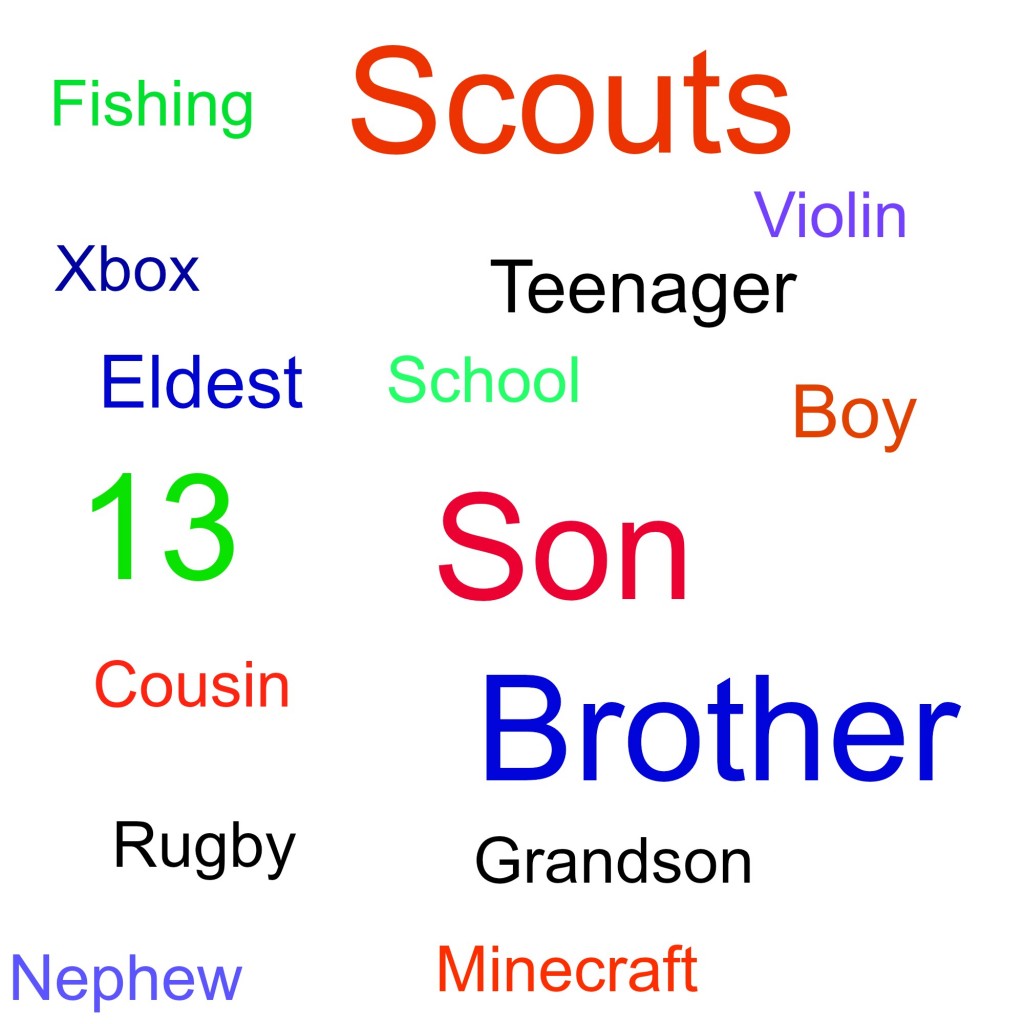