The winter Olympics in Sochi start today. When I realised they were going to be in Sochi, I was excited. Almost as excited as I was about the Olympics being in London in 2012. Because I know Sochi, I’ve been to Sochi. It was a long, long time ago and I didn’t think it would ever come back into my life again.

I did Russian GCSE (all I can remember to say now is ‘hello, my name is Sarah, I am 13 years old’) and Sochi is Cheltenham’s twin town, so our school arranged an exchange visit to Sochi when I was 16. It was ground-breaking stuff back in 1990. I think only one other British school had done an exchange visit to Russia at that time.

I can’t remember as much about it as I’d like to. I really wish I could remember more.

I stayed with a girl of my age, with her parents (although I think the mum may have been her step-mum), her younger sister (who was my brother’s exchange partner a couple of years later!) and toddler brother. They lived in a high-rise flat, like everyone else in Sochi. The parents kindly let me stay in their room. The flat was old-fashioned and the whole area seemed dirty and dusty. The poverty was plain to see wherever you looked.

I think her dad was a doctor, although I was never sure whether he was joking. Everyone was equal, whether you were a doctor or a bin man. Although some were more equal than others…

The shops were bare and depressing, yet ‘my’ family had a fair amount of bling. The girls and their mum liked showy clothes and make-up and jewellery. They were happy to tell me the good stuff had come from the black market. There were special shops they could go to which took US dollars – worth so much more than roubles (or sterling). 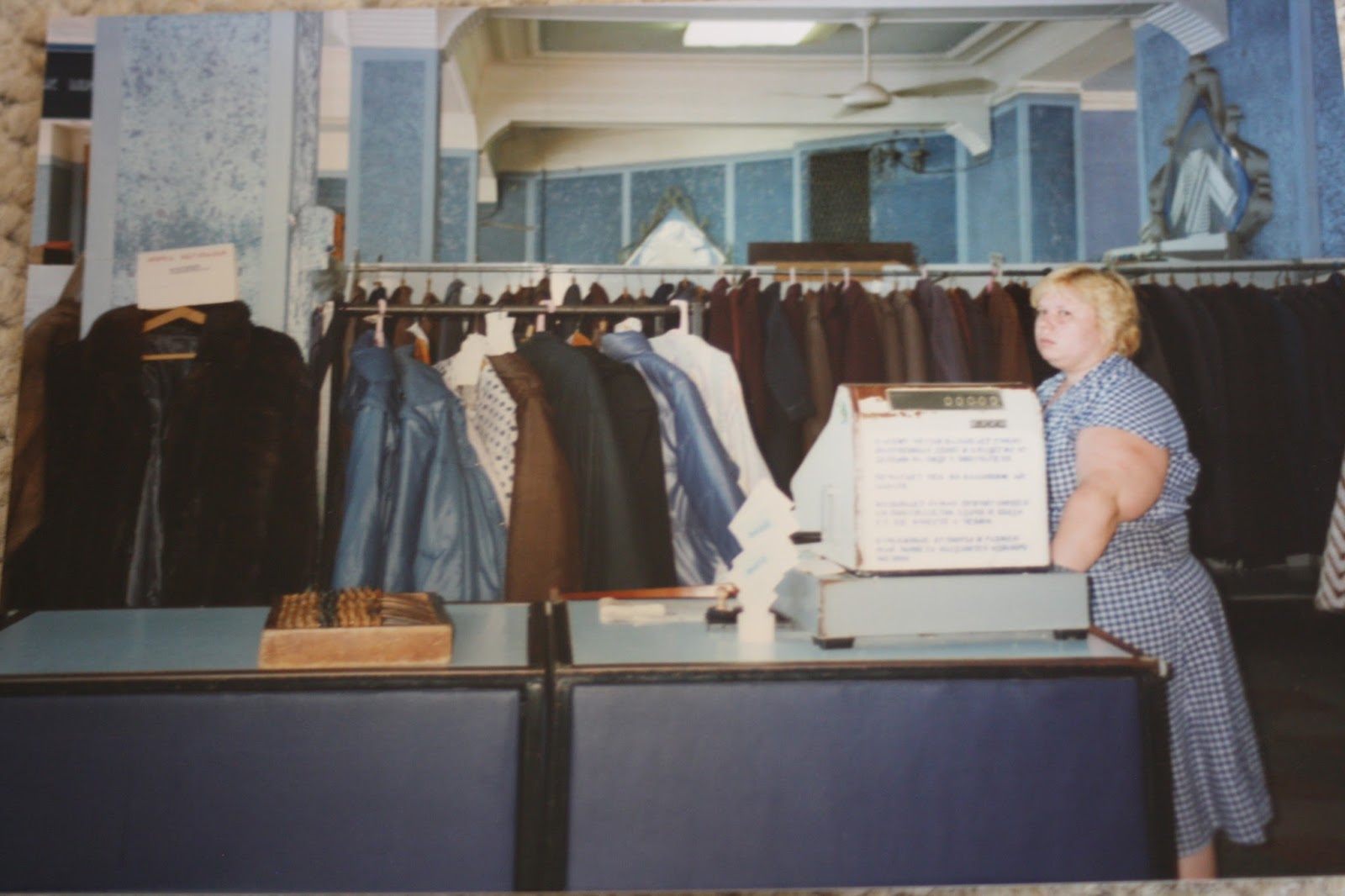 They fed me massive meals three times a day. Thank goodness this was before I went vegetarian. There would be two types of meat (fried) on the plate, lots of vegetables (fried) and two types of potatoes (fried). I asked them why they had such big breakfasts and they told me it was because they didn’t have lunch. I’m not sure what it was I was eating at 1pm in that case! Everything was washed down with Pepsi. I don’t think I drank anything else the whole time I was there. It was obviously purely for my benefit, as a westerner. Because that’s what westerners drink, isn’t it? Even at 16, I struggled to swig warm, flat Pepsi from the bottle beside my bed when I woke up. 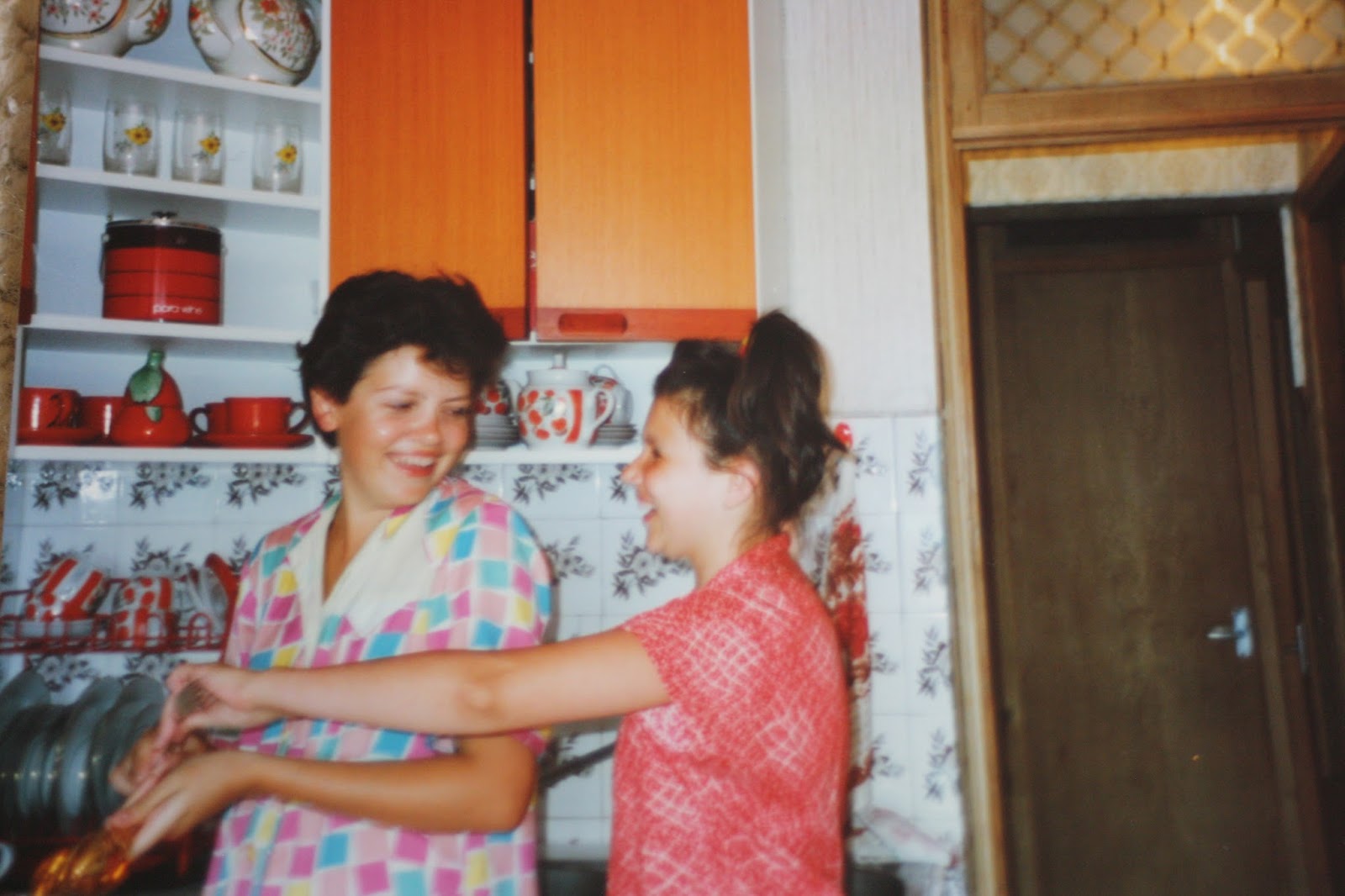 Sochi may be hosting the winter Olympics, but in summer it’s HOT. The temperatures in Sochi were the hottest I’d ever experienced at that time.

At weekends they headed out of the city to the forest to cool down in their ‘dacha’ – basically a wooden hut in the forest – where they had barbecues and just relaxed. It was nice to get out to the forest because my friends went along too.

When I left, they showered me with gifts, which must have cost a small fortune at the ‘dollar shop’. In return, I left behind some of my clothes and my make-up for the girls and their mum. Even my cheapest clothes were way better quality than anything they had themselves.

I’m looking forward to the winter Olympics, to see how Sochi is changed in all those years – and whether anything will jog my memory a little bit more. I’ve been saddened to hear recently all the negative publicity surrounding Sochi and Russia’s legislation on homosexuality. While this has rightly cast a shadow over the games, I do hope the sport, the people and the scenery can still be celebrated.

I was inspired to write this post by Emma and 3, another Gloucestershire blogger who also went on an exchange visit to Sochi. You can read her post here.