Home » Uncategorized » Move it yourself

If I had a pound for every time someone said to me ‘Oh, so you’re just going to carry your stuff down the road?’ when we announced we were moving around the corner, I’d be rich. And I had ABSOLUTELY NO INTENTION of doing this. Because round the corner or the other side of the country, some things are just too big and too heavy to carry down the road.

When we moved into our old house back in 2004, it worked like a dream. Packers packed for us and the next day they came back and moved everything for us. Just like that. Nothing forgotten. Nothing put in a neighbour’s garage or my mum’s house. Nothing carried down the road.

This was what I wanted this time round. But it wasn’t to be.

We had the packers and the removal men, but it didn’t really go to plan. Things were moved in various different directions and plenty of things went missing. Having forked out for removal men once, we couldn’t really do it again, and they hadn’t really done much to redeem themselves first time round. And anyway, a lot of our stuff was already at the new house in the garage and we’d been surviving with the minimum of possessions for seven weeks. How difficult could it be to move it yourself?

We started off bright and early on moving day. Well, it wasn’t bright. It was still pitch dark. My husband, my daughter and me carrying her bed down the road, with me still wearing my pyjamas.

It was a lovely, sunny day and we were all feeling positive. We went backwards and forwards up and down the road carrying all of our things – the washing (still hanging), bags of food, bags of towels, duvets and pillows, cushions, mattresses…

My husband and I carried our double mattress on our heads, which wasn’t easy.

We got an awful lot of smiles from the neighbours and passers-by. What could be nicer than a woman and her 10 year old son carrying a load of washing on some clothes horses down the road, or the same woman and her husband balancing an armchair on their shoulders? 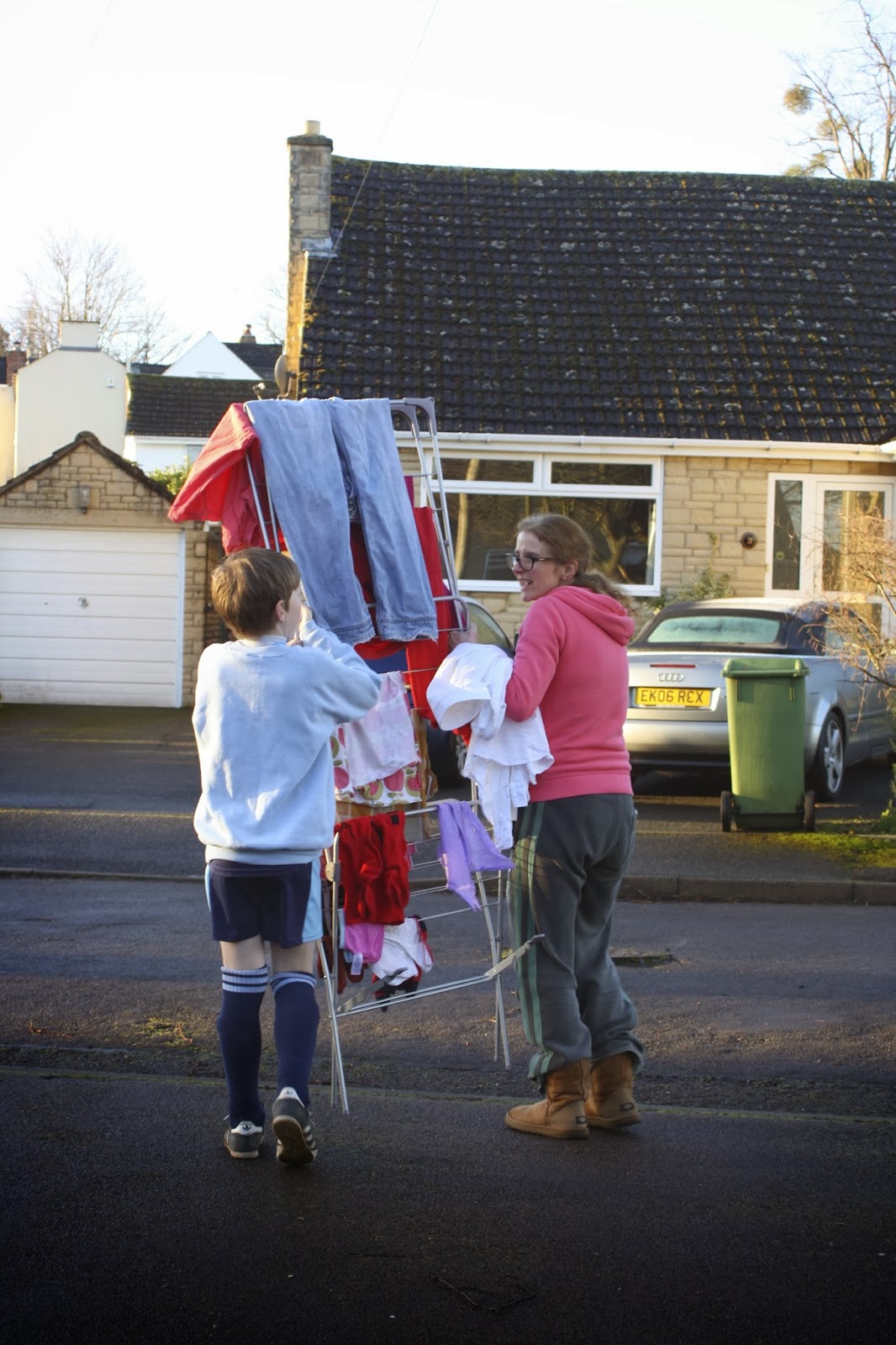 We were so pleased with how well the move had gone, that I actually COOKED THE TEA. This is despite the fact that it is The Law that Thou Shalt Always Eat Takeaway When Thou Moves House.

It was about 4pm when we carried the armchair down the road.

‘This is the way to move,’ said my husband.

At midnight the following day when he was STILL moving, I think he may have changed his mind slightly.

Move it yourself? Carry your own stuff down the road? Just say no, people.