Bitten by the (DIY) bug

I’d never understood people who said they enjoyed DIY or interior design or doing houses up. What’s wrong with them? Didn’t they have better things to do? Didn’t they have a job to go to? Shouldn’t they be answering endless letters from school, making packed lunches, doing multiple loads of washing a day and taking their kids to ballet, Scouts, Cubs, rugby and football? And if they have got free time, why don’t they just spend it running or reading or arsing about on social media like any normal person (me)?

At the old house I spent a year promising faithfully that I would paint the en-suite once the fan is mended, when it’s spring, when it’s summer… But I was always too busy on Twitter had too many school governors’ meetings. It finally got decorated (by my husband) when the house went on the market.

At the old house I single-handedly re-decorated my daughter’s bedroom when she was 4 (OK, my mum helped, but my husband didn’t). When we moved into the house before that, I was 28 weeks pregnant with my eldest. I spent a lovely evening painting the kitchen. Then spent the next night in hospital with stomach pain. The two may or may not have been connected. And that’s all the decorating I achieved in 40 years.

But at the new house there is serious decorating to be done and no wriggling out of it. I feared I wouldn’t find the motivation. 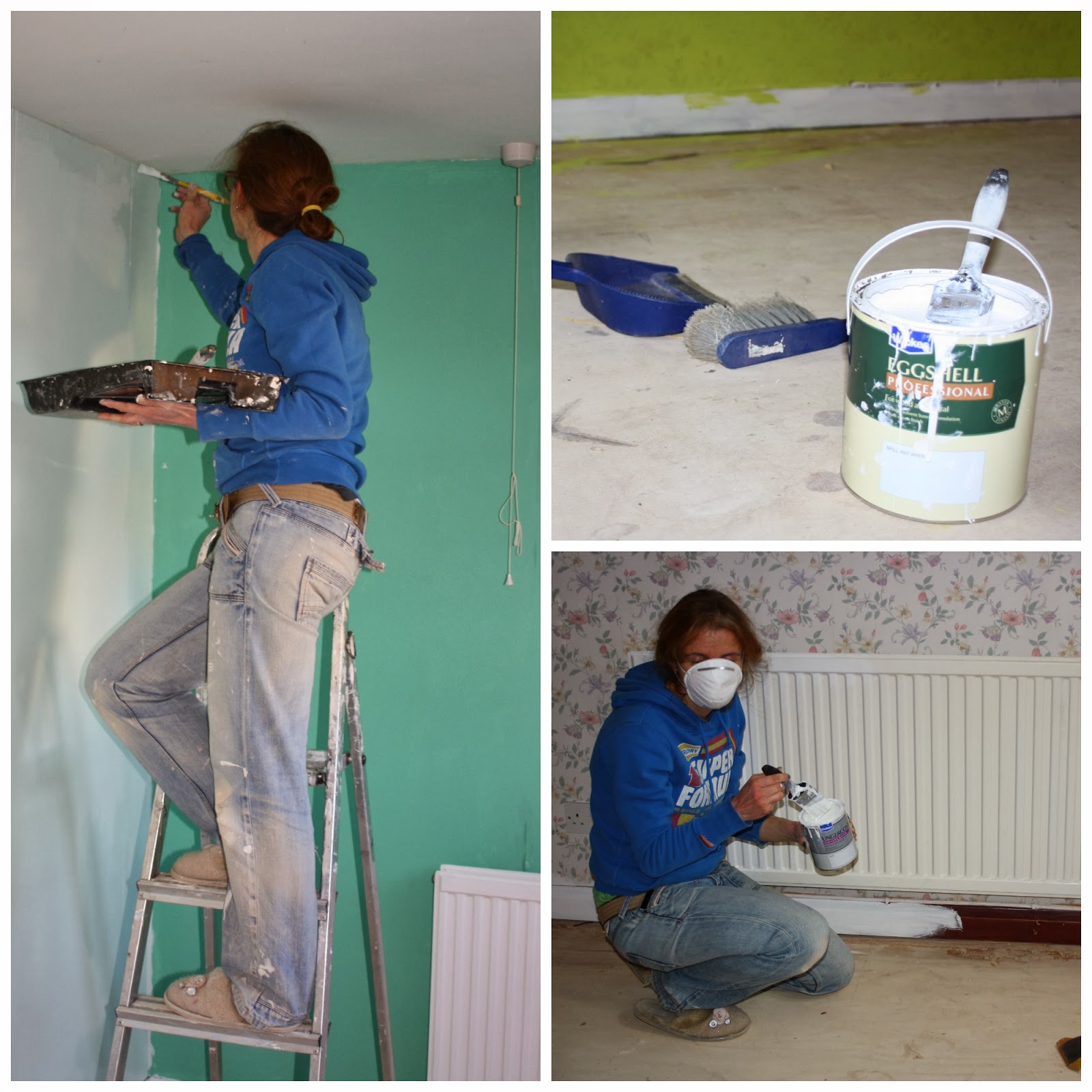 But then I painted some skirting boards. And I enjoyed it. The next day I had the roller out and I was painting vast expanses of wall. It was more fun than skirting boards. I finished the skirting boards off and got the small brush out to do round the edges of the walls. Next thing I knew, I was up a ladder, finishing off the edges at the top of the wall. Suddenly I was telling my husband what needed doing next.

I was in the zone. As I painted, with the radio blaring and singing really badly, I forgot everything else – the rented house, the kids at school… All that mattered was finishing that wall, getting the second coat done, covering up those flowers on that awful wallpaper and ultimately finishing the room.

We had four bedrooms on the go simultaneously and I was wandering around the house thinking – what about the landing? That wouldn’t take long. Well, if we’re sanding the skirting boards, we might as well do the door frames…

What had happened to me? What was I doing?

Suddenly I got it. If you’re transforming your own house and it really matters to you, you enjoy it.

It’s taken 40 years, but I think I have finally been bitten by the DIY bug.