Making a start (the new house)

After the excitement of finally getting the keys and standing outside our new house and revelling in the fact that it was actually ours, reality hit. We had work to do.

The house isn’t awful. It’s not one of those that needs rewiring and new heating. It doesn’t need everything ripping out. But it DOES need dragging into the 21st century. There’s a fair amount to do and we needed to get on with it.

Our main priority is to get the kids’ rooms looking nice. We want them to feel happy and settled and like they’re living in their own home – not camping out at their great-grandparents’.

We had ordered new carpets and everything needed painting. So the obvious thing was to do the painting first – starting with the skirting boards. EVERYTHING in the house is stained brown – the skirting boards, the built-in wardrobes, the banisters, the loft hatch. There is just so much brown and it looks so dark and dated.

We started on my younger son’s room – the smallest bedroom. My husband sanded and I went to look for a screwdriver – which involved going back to the rented house to get a key for my neighbour’s garage where the screwdrivers were temporarily kept. By the time I got back he’d ripped up and the carpet and sanded half of the room. I was very impressed!

I started with the undercoat on the skirting board. With neither the carpet or the walls to worry about it, it was remarkably easy to slap it on with a wide brush. Before we knew it, we were on to my daughter’s room. Then my eldest’s. 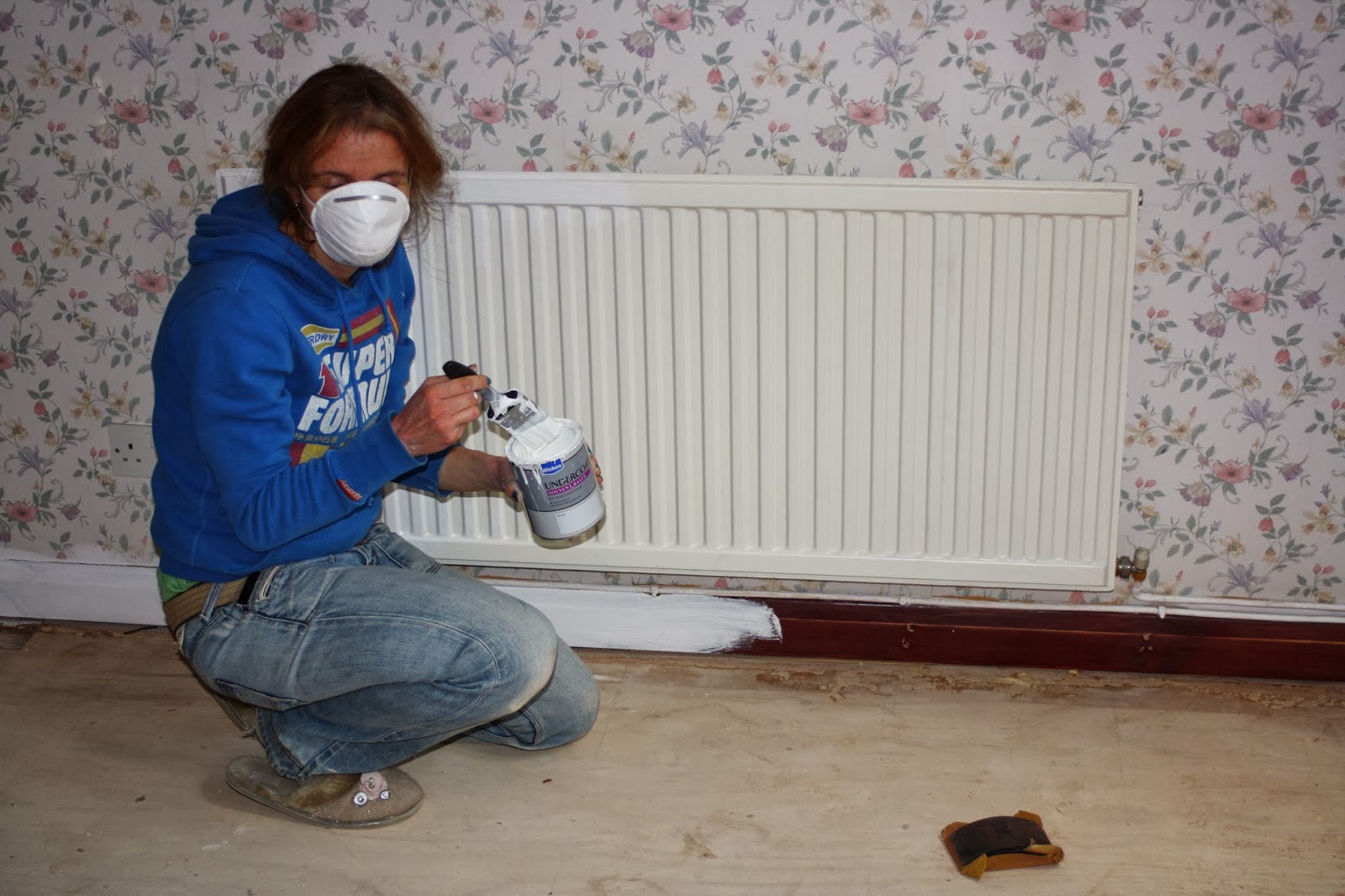 Each time my husband cut the carpet up and sanded. Then I hoovered up the dust so we didn’t paint it back on to the skirting board and got painting.

There were cobwebs everywhere. I needed to get rid of them. I have the world’s most awesome hoover – a Henry (yes, I know hoover is a trade name and not a generic term, blah blah) and those cobwebs were no match for him. The Henry vacuum cleaner hoover is so powerful you only have to wave the pipe in the vague direction of the cobwebs and they’re gone.

With the cobwebs hoovered up and me waiting to paint, I looked for the next thing to do. The kitchen. Oh my flipping word. It was GROSS. So dirty.

I don’t like cleaning. I don’t like cleaning because I don’t like dirt. Maybe that doesn’t make sense, but it makes perfect sense to me. I like things hygienic. I don’t even like my own dirt, so I CERTAINLY don’t like other people’s. But I had to put that aside. I had to deal with it. We’re only talking about the floor here, the rest of it is a job for another day, but I was up close and personal with far too many weird splashes and old peas and rice and crumbs for my liking. I had a dust mask on and I was so grateful for it.

I thought of all the sanding, painting, hoovering, ripping stuff up and chucking stuff away, and I thought: Oh my goodness. What if we had moved STRAIGHT IN? There’s no way we could have done that stuff whilst also living there.

Maybe everything happens for a reason.