Regular readers will know things are being restructured at my work (again – it was only done two years ago). This time there will be no Mr Nice Council. Some people will end up redundant. For a blissful few weeks I saw a way out, a way to a better life for the whole family – me taking redundancy and working for myself at home. Taking the kids to school myself and picking them up again. I was looking forward to it.

But then reality hit. It just wasn’t a good time to quit work – there were too many uncertainties over the house move. And, to be honest, my head was being pretty much ruled by my need for new bathrooms. Once I’d taken the decision, I was happy with it. I knew where I was going.

Nothing was certain of course. I still had to get the job, but a few people were taking redundancy which helped matters. You’re not supposed to work out whose job is whose, because it’s all a fair process based on interviews etc etc. But I did. And so did everybody else. There were two posts of ‘my’ job and I would get one and I knew which colleague would get the other. Simple.

Until the goalposts moved.

The first few weeks we were in ‘consultation’. We’d been told the situation, shown the draft structure and job profiles and we had to have our say on it. So did other people in the council.

They had their say and they agreed it all. Apart from one TEENY-WEENY little detail. So teeny that most people wouldn’t have noticed it. So teeny that it only affected one teeny weeny little part-timer.

‘My’ job was to be full-time. That’s what the consultation concluded. There was no room for manoeuvre.

I felt numb. What was I going to do? I couldn’t think straight. I should have taken the redundancy and now it was too late! I was going to have no job.

My boss advised there was another job I could do. I knew I COULD do it. But I didn’t have a track record. I couldn’t prove I could do it – and there were other people who could prove it.

For the rest of the day I felt numb. And then I went to Young Voices which was absolutely brilliant and felt way more important than a mere job. Then I did what I always do when something upsets me – I pushed it to the back of my mind and didn’t think about it. I was way too busy sorting out the house anyway.

But things you’ve pushed to the back of your mind don’t go away. Eventually you have to address them.

I established that as these circumstances were unique to me and the goalposts had been significantly shifted for me, I could ask for voluntary redundancy.

The details of the application and interview process came out. I immediately felt sick. And I realised I really didn’t want that alternative job. It didn’t excite me, it wouldn’t challenge me. I suspected it would just bore me. I had a unique chance – to take a risk and maybe fail, but most likely not fail, or get stuck in a job I didn’t want to do.

I’m not a believer in fate in general, but it felt like a sign. It felt like I was being told that this time I had to go for it.

So I’ve taken the plunge. I’ve asked for voluntary redundancy. I handed that slip of paper in and I couldn’t stop smiling. Couldn’t stop smiling all day. My boss said it was the most she’d seen me smile in months. Until that moment, I wasn’t sure it was the right decision. But it absolutely was. 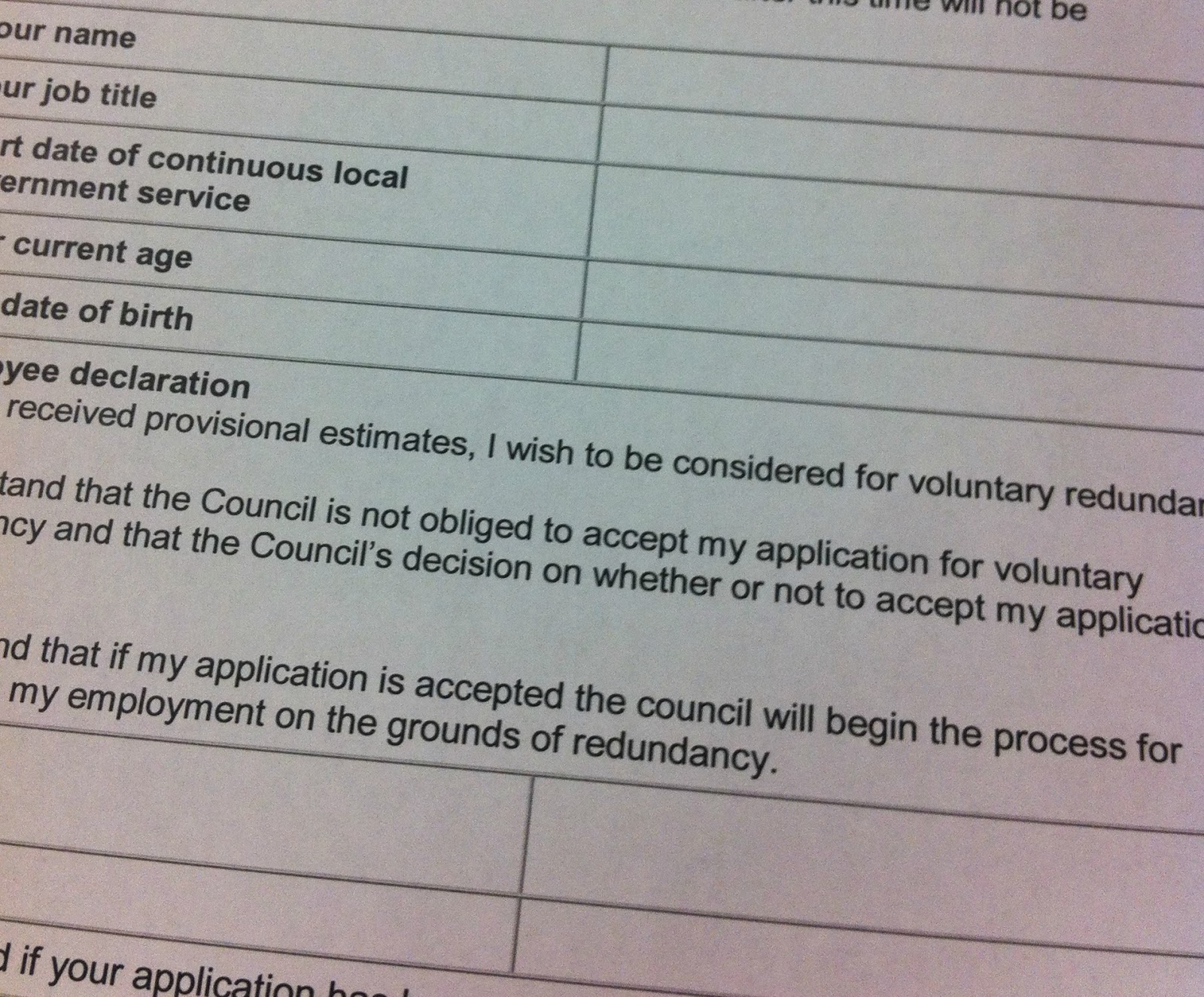