Another year over.. and a new one just begun. 2012 – what a fabulous year! Will we ever see anything as amazing as the London 2012 Olympics again? I loved the way it brought people together and made everyone so positive.

But what about me and my family? What have been our highs and lows of 2012?

What was your happiest event?

I absolutely loved our trip to the Olympic stadium for the Paralympics, I loved our canal boat holiday, even though it was hard work with a fair number of comic moments thrown in. But the utlimate highlight had to be the birth of my baby niece just a few days ago. I can’t describe the elation and emotion I feel at having a little niece. She’s my first (we have two nephews on my husband’s side, one of which is another very recent arrival) and I burst with pride and emotion and happiness every time I think of her and my lovely sister and brother-in-law who brought her into the world.

What was the saddest thing to happen?

I think it was another very recent one. The nasty virus which blighted my family for the last few days of 2012 and made my boys effectively miss Christmas. That made me sad – for the boys and my husband who were ill, but also for my daughter and myself who couldn’t enjoy Christmas properly without them. It seems cruel to be ill at the biggest family time of the year, but I know we were far from the only ones and I am grateful that they are now recovered.

What was the most unlikely thing to happen that actually went ahead and did?

That was probably our trip to the Paralympics. I spent so long desperately trying to get tickets, then we had a lot of stress about the cost and logistics of travel and accomodation. But I would have got there if I’d had to walk (it’s over 100 miles!). The fact that I had to travel on my own on the train with the kids was a minor achievement in itself for me because I get a bit nervous about travelling. 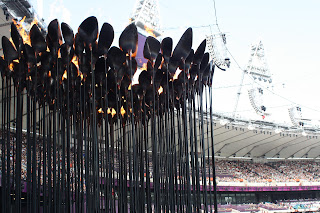 Who let you down?

That’s a tough one, because I don’t think I’ve really been let down. Which of course I’m very pleased about! The closest was probably when I went for an internal job which I’d been led to believe was suited to someone with my skills. I did a good interview, then it went to someone with completely different skills. They had never wanted someone with my skills at all. That knocked the stuffing out of me for a few days, but I bounced back.

Always my husband. Even though sometimes I moan at him. He’s always there for me and the kids when we need him. My mum and dad are brilliant and they do so much for us. They help out with childcare every week and are also always there to support us when things go wrong. They were great with looking after my daughter when the boys were ill recently.

One thing you learned?

That I do have some valuable skills at work and, despite a few knockbacks with getting promotions or doing work I enjoy, that people do appreciate me and what I can do.  I feel more settled at work now than I have for a long time and I hope it will continue!

One thing that made you laugh?

My kids make me laugh every day – sometimes intentionally and sometimes unintentionally. For a couple of years now I’ve been writing down the funny things they say and I started using them on my blog. We have a great game of ‘read mummy’s notebook and guess who said that’. Re-reading the things they’ve said is hilarious and their reactions are even funnier. Often they know exactly who said what – they are so characteristic.

One thing that made you cry?

So many things! Most of the things I’ve already mentioned have made me cry. Probably the worst cyring was about my son leaving primary school. The leavers’ assembly for parents was so emotional – they milked every little bit of emotion out of it that they could. I was in bits, so were the other parents and a lot of the kids (not my son, though!).

Three things your child did to make you proud?

They make me proud all the time, they are funny and kind and clever and their academic ability and work ethi cis brilliant. But I’ll have to give them one each…

For my eldest, it was getting the ‘most compassionate’ trophy when he left primary school. We were so proud of him!

My younger son is my little genius, but I love watching him play football and rugby more than anything. He is so skilled and committed.

One thing that made you proud of yourself

Running the Bristol half marathon and getting a time very close to two hours. 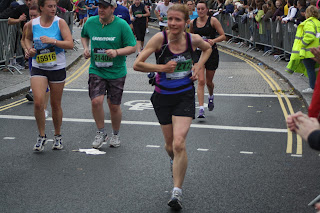 One challenge you overcame

I’m a bit of a worrier. My life is good and I have nothing to worry about, but I still do. There are so many things that I worry about and every time I get over one of my worries, that’s a challenge overcome – getting myself and the kids on the train to London, getting through my family’s flu, even the canal boat holiday was a worry for me. 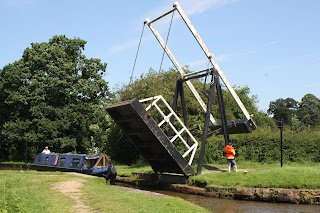 I would like to get my kids to learn to respect the house and me a bit better by doing simple things like putting their clothes away or clearing away their breakfast things.

Related to this, I would like to nag them a bit less.

I want to be a bit more effective with my blog. There are so many more ways out there I could use to promote it, but I am such a technophobe that I don’t use them, so I just rely on good old twitter and sheer hard work!