Woman of a Certain Rage by Georgie Hall

I bought Woman of a Certain Rage by Georgie Hall because I liked the cover. It was clearly a light read and definitely not a great work of literature, but that’s OK sometimes (or all of the time – no judgement from me!). Georgie Hall is apparently the alter ego of author Fiona Walker, who has written a lot of women’s fiction. I haven’t read any of her previous books and am not sure why she decided to write this one under a different name.

The blurb of Woman of a Certain Rage describes a woman of 50, juggling the menopause and family life, so I thought I would give it a go. I have read very few books about women going through the menopause. In most of the books I read, the women are either in their 30s or elderly.

Eliza Finch is middle class and living in the Midlands, surrounded by her extended family. (Another thing I like is the Midlands setting. My family roots are entirely in the Midlands, but it’s very rare to read a book set in Warwickshire.) Her eldest child is at university, she has a sassy 17-year-old daughter and a younger son with autism. She is an actress who mainly works as an estate agent and her husband is a carpenter. She spends a lot of time with her even more middle class and rather judgmental family. She is also grieving her dog.

Juggling the needs of teenagers and ageing parents should sound very familiar to many members of generation X. It’s no wonder Eliza has little time for nurturing her marriage or looking after her own health.

Fearing her husband’s greatest love is going to be taken away from him, Eliza sets out on her own little adventure especially for him. It really is the smallest adventure ever to appear in a book, but that’s what makes it so likeable. Desperate for the toilet nearly all of the time and dodging the attentions of the local Italian restaurant owner, Eliza does what she needs to do for her husband, her family and herself.

It was refreshing to read about a menopausal woman and there was certainly a lot about this book I could relate to. It is intended to be light and funny, but I did think it possibly laid the menopause stuff on a bit too thickly at times. 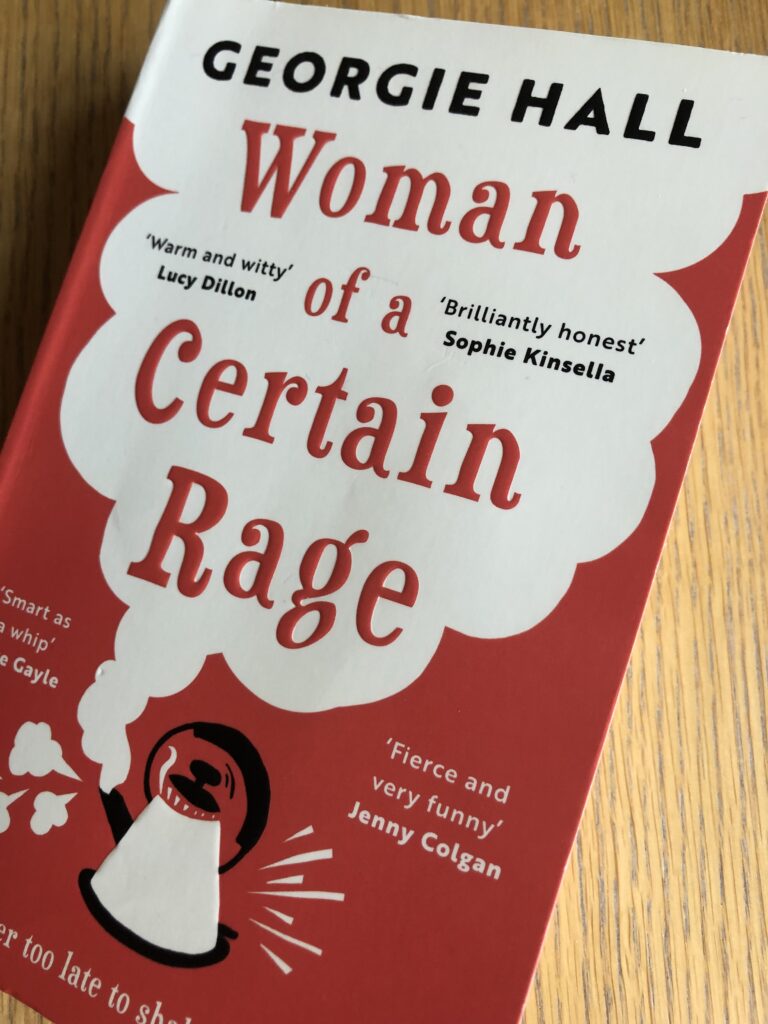