I saw a meme a while ago which said something like: For every Boomer that hates the Millennials, there’s a generation in between that hates you both.

Because people forget that generation in between. Nobody really talks about us – Generation X.

But there’s a huge number of us. I’m Generation X and so is my husband. The likelihood is that you reading this right now are also Generation X.

Generation X are some of your favourite celebrities and lots of people in power.

As a member of Generation X, I’m right in the middle and related closely to all of the other generations.

I’m the sister to a Millennial. My sister was born in 1982 and actually hates being a Millennial. She feels she has very little in common with the popular (or stereotypical) view of a Millennial. She is actually a ‘geriatric Millennial’ – one of the people born between 1980 and 1985 who didn’t grow up with technology in quite the same way as the later Millennials. I still remember my sister trailing a cable through the house to plug into the phone socket so she could chat to her friends on MSN!

I’m the parent to three members of Generation Z – defined as those born between 1997 and 2012. They are the digital natives who spend all of their time on technology, which I think any parent of teenagers and young adults can confirm. On the whole, their generation has lower alcohol consumption and teenage pregnancies than earlier generations, but sadly higher diagnoses of mental health problems.

So Generation X are lost somewhere in the middle of all that. We don’t get talked about much. I suppose we’re just a bit boring. Middle aged. Not radical, new or different. But not old either.

We’re just there, quietly beavering away. Going to work. Supporting our teenage and grown up children and our ageing parents. We don’t have time to change the world. Some of us did it 15 or 20 years ago (not me, obviously). And now we’re just the establishment. Not worthy of a mention.

I don’t suppose we’ll get much of a mention until we’re in our 70s and we suddenly become the butt of Generation Z and Generation Alpha jokes for being stuck in our ways and a bit inept.

As for that meme I mentioned right at the start. I don’t hate the Millennials or the Boomers. Although I have been known to blame things I don’t understand (either because they’re too technical or behaviour which is very different from my own) on ‘the Millennials’. 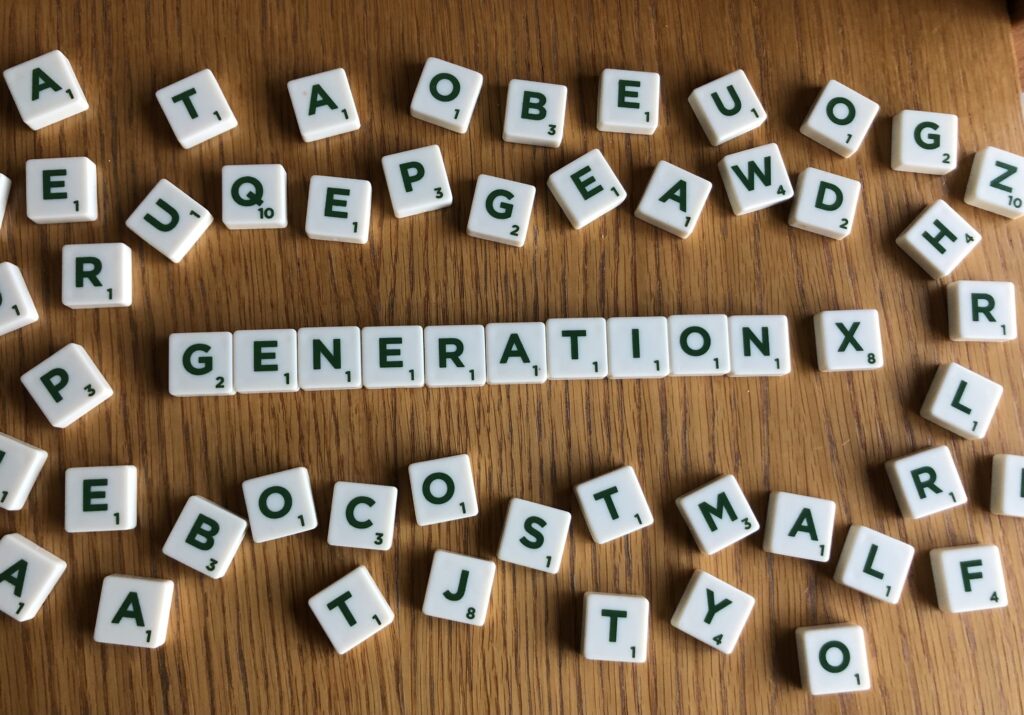