The Storyteller by Dave Grohl

The Storyteller is the autobiography of Dave Grohl, Foo Fighters’ frontman and former Nirvana drummer. I probably wouldn’t have picked it up normally, but Waterstones had a half price hardbacks event just after Christmas, so I thought I would give it a go.

I like Foo Fighters, but I’m not a huge fan. I was a big Nirvana fan though (and predictably have got right back into them since reading this book). I even had tickets to see them, but sadly it wasn’t to be because Kurt Cobain passed away just before the concert.

Dave Grohl is not only an amazing songwriter, it turns out he’s an amazing writer full stop. I tend to read a couple of autobiographies a year and always enjoy them, but The Storyteller is superior. There is a real warmth and love that shines through it.

The Storyteller doesn’t tell the entire story of Dave Grohl’s life – it doesn’t, for example, say where and when he met his wife. But it tells the story of key moments of his life.

As a child, Dave Grohl was a bit of an outsider. He grew up with his sister and his beloved mother and never really got on with school. But he discovered a love of music, and especially underground punk music. He taught himself to play drums and started touring with a local punk band at the age of 17.

And the rest is history.

From there, came Nirvana. He joined Nirvana after the release of their first album, Bleach, and was with the band for three and a half years, before it fell apart when Kurt died.

The descriptions of life in Nirvana are really eye opening, as are Grohl’s observations of Kurt, who he knew was ill. But as a naive young man himself, Grohl assumed Kurt would get better.

It would have been tempting for Grohl to devote a whole book to Nirvana, but it was actually a short chapter of his life, so it’s a relatively small part of The Storyteller, albeit a heartbreaking one.

Then there was the Foo Fighters and so many incredible opportunities. Throughout his life, Grohl has questioned why he has been given amazing opportunities and met amazing people – never feeling quite good enough. He is a music fan and in awe of all of the musicians he has met, many of whom have gone on to become friends.

As a bit of a music geek myself, I liked the references to bands like Pixies and Husker Du, which I listened to back in the early 90s.

Grohl is more than just the frontman of one of the biggest bands in the world. He is also a loving husband and father to three girls, who are the absolute centre of his universe. The way he talks about his girls is so beautiful.

If you are a music fan or were born in the 1970s or early 80s, you will love The Storyteller. I can’t recommend it highly enough. 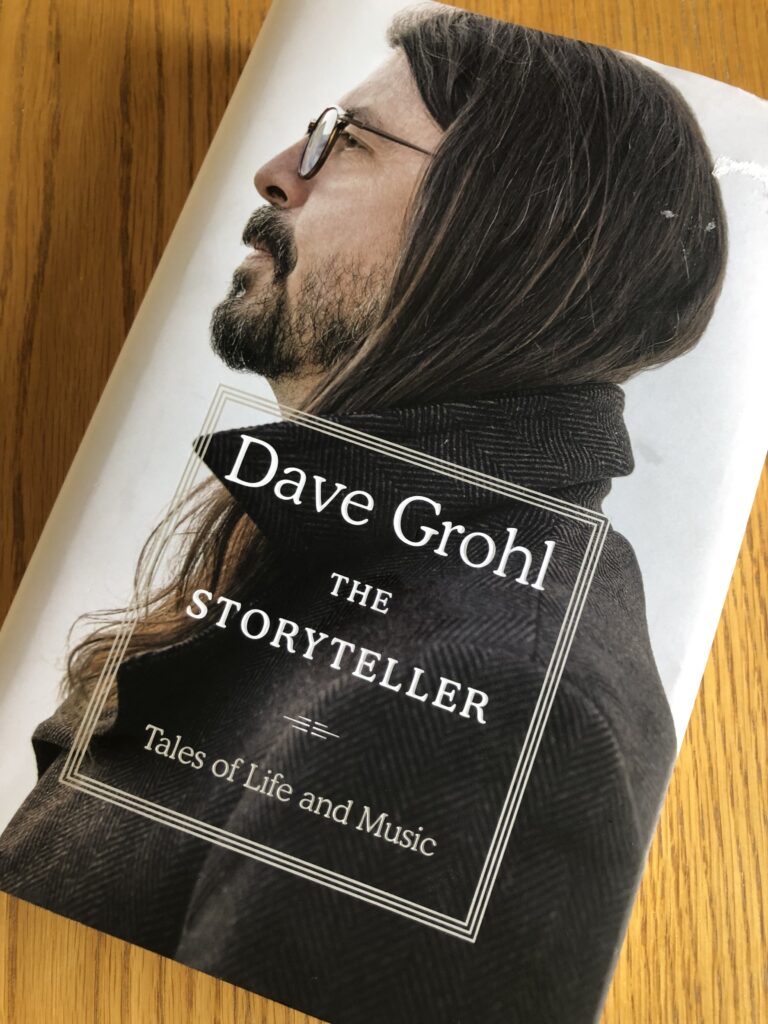