Don’t Laugh, It’ll Only Encourage Her by Daisy May Cooper

Home » Book Reviews » Don’t Laugh, It’ll Only Encourage Her by Daisy May Cooper

Don’t Laugh, It’ll Only Encourage Her is the autobiography of Daisy May Cooper, which was published late last year. I very nearly pre-ordered a signed copy, complete with hand-drawn ‘wonky knob’, but then I had a word with myself. I don’t generally spend money on hardbacks, because they’re expensive and I read them too quickly. Then I regretted not ordering one.

As it happens, Waterstones had a half price hardback sale on 26th-28th December. I knew I was going to treat myself to Don’t Laugh, It’ll Only Encourage Her with my Christmas money. When I opened it, it was signed! And it had a wonky knob drawing! 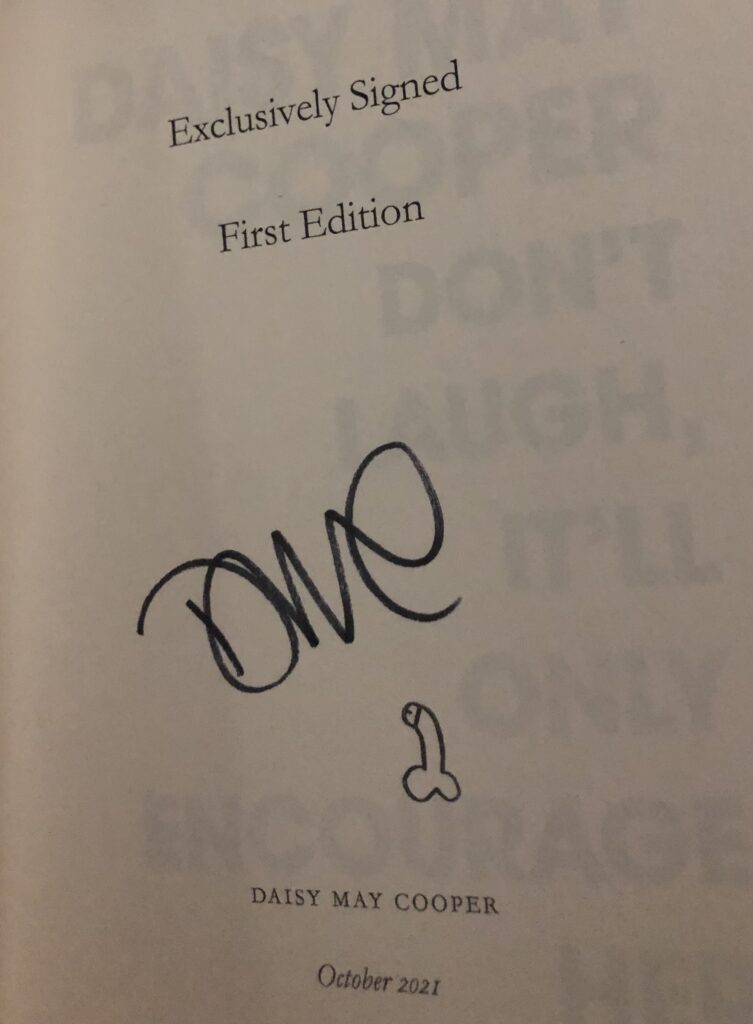 Daisy May Cooper is something of a hero of mine. I think she’s a hero to many people, especially women living in Gloucestershire, like me. If you don’t know who she is, where have you been? Daisy May Cooper, along with her brother, Charlie, wrote and starred in the brilliant This Country – a BBC sitcom showing a different side to the Cotswolds. She also appears on lots of panel shows and is undoubtedly the funniest woman on TV.

Daisy and Charlie grew up in Cirencester in Gloucestershire, where she still lives. This Country is based on the sort of people and situations they encountered there. I’ve been lucky enough to see them in real life twice – at Cheltenham Literature Festival in 2019 and at the preview screening of series 3 of This Country in Cirencester early in 2020. Daisy is just as funny in real life as she appears on TV. 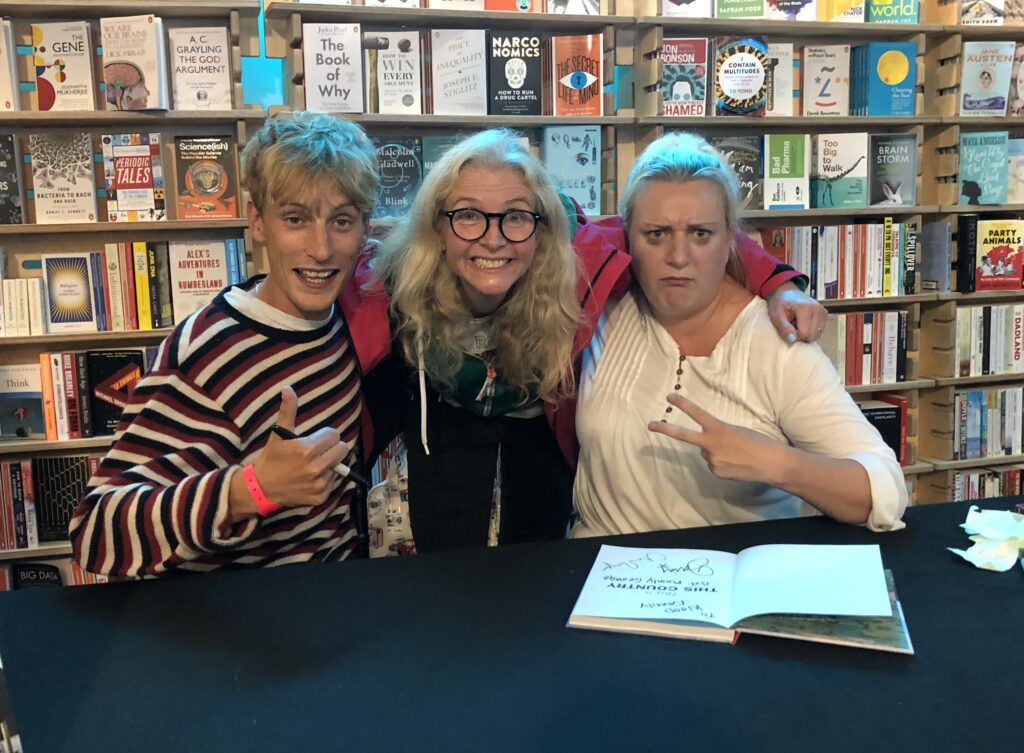 Don’t Laugh, It’ll Only Encourage Her isn’t a straightforward autobiography. It is told in a series of anecdotes about Daisy’s life – from Charlie’s birth, through doing badly at school, studying at RADA, failed auditions, useless boyfriends (including the one with the wonky knob), living in poverty and eventually writing This Country.

Daisy May Cooper writes as she speaks – with a lot of humour and A LOT of swearing. Her life seems to be a series of disasters and scrapes – from accidentally auditioning to be a pole dancer to running up a massive bill at a London hotel and encounters with a lot of very large turds in toilets. Her family are clearly as bonkers as she is, but her dad especially always supported her dream to become an actor – even if it nearly bankrupted the family on more than one occasion.

Don’t Laugh, It’ll Only Encourage Her is a very funny and joyful read, which should bring a smile to anyone’s face. But it also highlights the reality of rural poverty and of how difficult it is to break into acting and TV.

If you don’t mind swearing, I can’t recommend Don’t Laugh, It’ll Only Encourage Her highly enough. 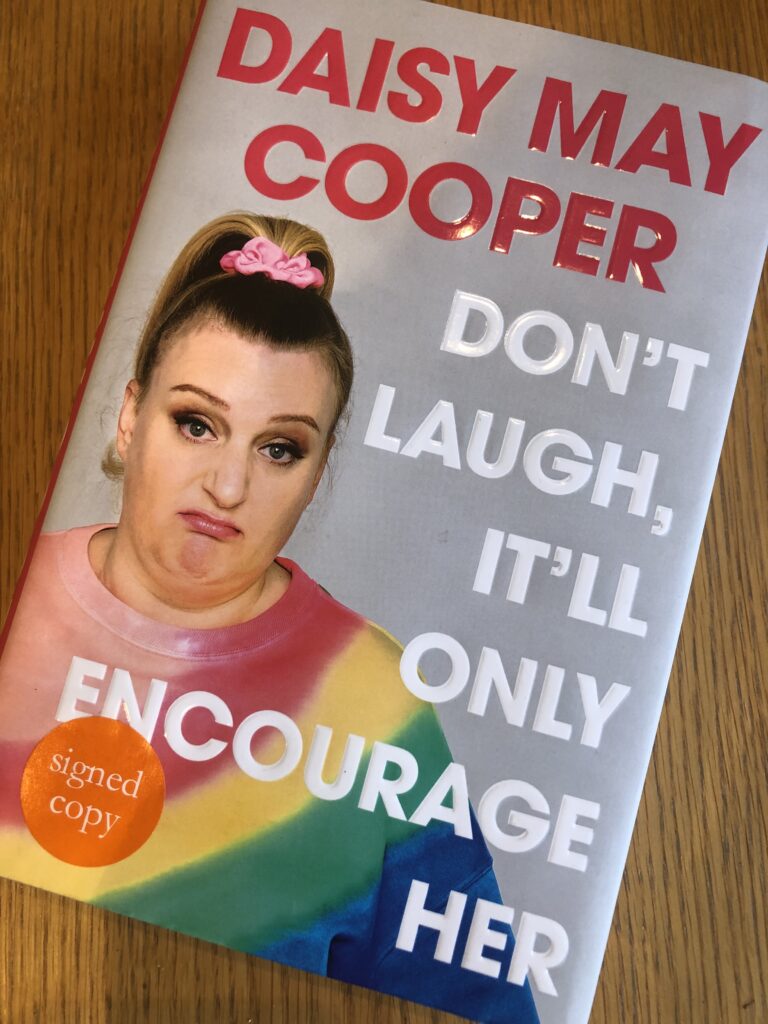