Veganuary (going vegan for the whole of January) is becoming increasingly popular. Some people just like the challenge of doing it for a month, while for others it encourages them to make a permanent switch to veganism.

My eldest decided to do Veganuary in 2021. And, after finding the first week or two tough, he decided to stay vegan.

He might be an adult, but meal planning and shopping is still mainly down to me. Plus, as a vegetarian myself (he was previously a vegetarian), I’ve ended up eating vegan with him a lot too. As vegetarians, we just assumed Veganuary would be easy and didn’t plan. It turns out it was harder than expected, especially for the first few days.

If you are thinking of doing Veganuary next year, I would definitely recommend doing some research and planning in advance. At the very least, you want to wake up on 1st January and know that you have food in the house that you can eat.

While there is definitely a lot more vegan food than there was a few years ago, there still might not be quite as much as you would like! You can go into Gregg’s for a vegan sausage roll, but most bakeries won’t stock a single vegan cake.

Supermarkets have their own vegan ranges (Sainsbury’s Plant Pioneers are particularly good). Other brands to look out for are Vivera and Naked Glory for meat alternatives, Oggs for cakes and Alpro for the biggest and best value range of dairy alternatives.

Here’s our tips for Veganuary:

This is a great website with an extensive Is it vegan? listing https://www.veganfriendly.org.uk/ 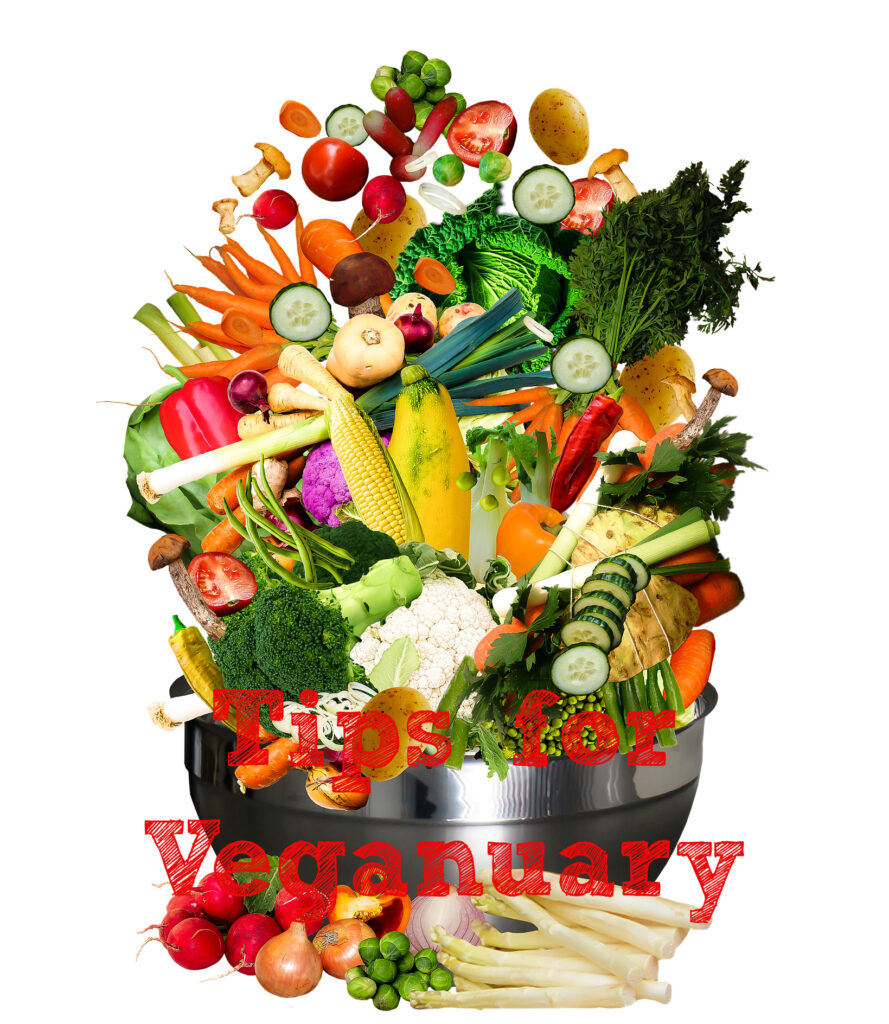