Why I’ll never be vegan

I became a vegetarian when I was 17. I’m 48 now and I’ve never looked back. I raised my eldest without red meat. He rejected chicken very quickly and gave up fish and became fully vegetarian (his own choice) well before he left primary school. At the start of this year, he did Veganuary and then went on to become vegan.

In terms of climate change, the reasons for going vegan are very sound. For starters, vegan food requires significantly less farmland than meat production. The land is required to both graze animals and to grow food for them to eat, so that they can then turn into food for us to eat. Reducing the farmland required for animals, means that land can be returned to a tree-covered state, helping to slow down climate change. Reducing animal consumption would also reduce global water consumption (because of course the animals drink water and it is also required in food production). And we’ve all heard about the impact of cow farts on the environment. It’s no joke – livestock may actually be responsible for up to 18% of global gas emissions.

I’m as interested in climate change as the next person. My main contributions to slowing it are wearing my clothes until they’re falling apart, sometimes walking to the supermarket rather than driving and never putting the central heating on when I’m alone in the house, no matter how cold I am.

But should I go one step further and go vegan? I have given it a lot of thought.

As it happens, I’m about as close to vegan as a vegetarian can get anyway. I’ve always hated milk, and the IBS I suffer with every day of my life is triggered by (among other things) dairy and eggs. So I don’t drink milk, put butter on my toast or eat ice cream. I eat soya yogurts and I very rarely even eat milk chocolate. Since my son went vegan, I’ve even given up Quorn (which on the whole isn’t vegan), as I eat the same food as he does.

But I really, really love cheese. (Yes, I know it’s dairy, but by keeping my dairy intake low I can keep my IBS to a manageable level.)

You can get vegan cheese, of course. But it’s rank. My son has tried many varieties and, while some are better than others, he’s concluded that it’s easier just to live without cheese, because it really isn’t very nice.

(I’ve discovered it is better on products like pizza than in packets of cheese you buy in the supermarket. I’ve had a couple of vegan pizzas which I’ve quite enjoyed.)

The other thing I love is my daughter’s baking. My daughter started baking this year and she very quickly discovered a real talent for it. Her cakes are amazing. They give me great joy. Why would I want to give that up?

(Yes, I know you can do vegan baking. She’s made a couple of vegan cakes for her brother. The best that can be said of them is that ‘They don’t taste too bad’. They’re OK, but they’re not in the same ballpark as ‘proper’ cakes.)

So, having given it a lot of thought, I’ve concluded that I’m not going to go vegan. I’m happy as a vegetarian.

My conscience is clear because, in terms of the food I eat, I’m already going way further than everyone who eats meat and the vast majority of vegetarians too. And I’ve been doing that for over 30 years.

All of the advice around is that people should move towards a more plant-based diet in the interests of climate change, not for everyone to go vegan. Even Sainsbury’s has been running a campaign recently advising people to replace half of the meat in their meals with something like chickpeas or kidney beans.

Of course many will choose to go vegan and many won’t.

But if more people cut down on meat and animal products, it would make a real difference to climate change.

And I’m there already. I’ve been doing it for over 30 years. 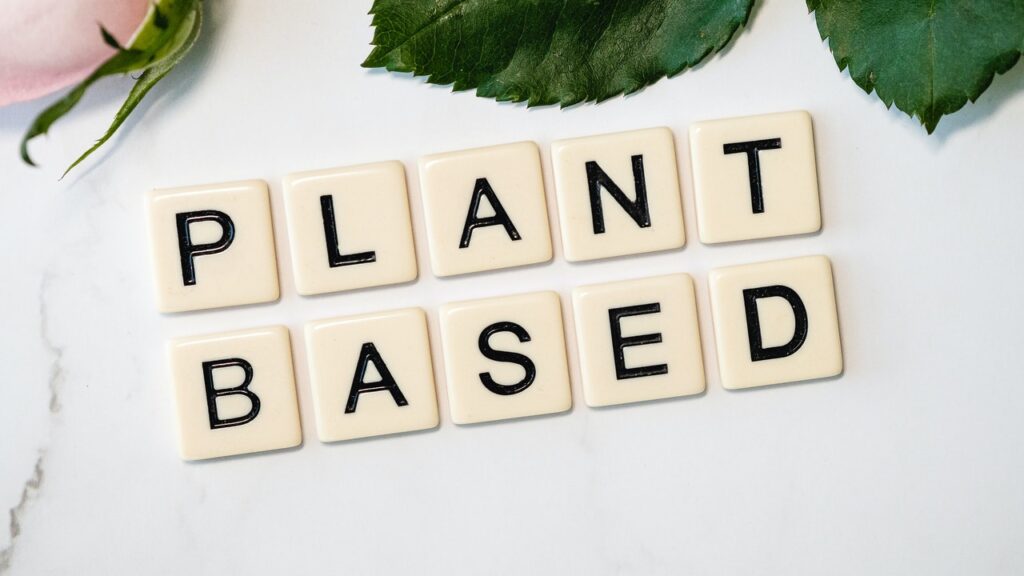