I always feel very sad when I look at social media and see photos of women who say they feel ‘not good enough’. Not funny enough. Not clever enough. Not pretty enough. Not thin enough. Not young enough. They feel they have no space in the social media world because their house isn’t tidy enough or doesn’t have all the latest things.

That is so sad, isn’t it? And such a waste of their lives, which should be happy and fulfilling.

What does it matter if they feel that they don’t quite fit in on social media? Because social media isn’t real life. It’s just a little glimpse into it – a glimpse of what people want you to see.

Thinking about all that, I was happy that I’ve never felt that way.

Until I remembered that I did used to feel that way. I actually felt that way for a long time. But this was before social media became the giant it is today, so I felt ‘not good enough’ in real life.

I used to go out to work in an office. I did that for 17 years, 15 of them at the same place. I loved that job day to day and I especially loved the people I worked with. They were the most fun people I’ve ever met and are still some of my favourite people in the world. They also supported me, valued me and had my back.

But sadly there were other people there too and I wasn’t good enough for them.

Part-timers get overlooked for promotions too. And it’s soul destroying, when you have experience and talent, to see people 10 years your junior being promoted into jobs you could do with your eyes shut. Just because they work full-time.

This was my life for many years. I accepted it for a long time, because I didn’t know any different. I didn’t realise how bad it was making me feel until I left.

A year or so later, I saw my old building and I experienced a real feeling of panic, which was totally unexpected to me.

Yet I could so easily have stayed there for the rest of my career, never feeling good enough, always in a state of anxiety and never knowing that I could have a better life.

Working for myself at home isn’t all perfect, but it’s 100 times better than that. Nobody is looking down on me. Nobody is judging me.

My other ‘not good enough’ was from friends. Not even friends on the whole. Just acquaintances that I foolishly would have liked to be friends.

Now we are comfortably off financially, but we weren’t when the kids were little. My husband was earning a lot less than he is now, we were paying nursery fees (for two kids for a lot of the time) and I was suffering from the shortfall in income due to maternity leave. We really had to watch the pennies.

Yet it seemed like, every time I looked out of the window, I would see other women in the village who seemed to be rubbing their wealth in my face. (They weren’t, of course, but that’s how it felt.) New clothes, new cars, kids looking immaculate, regular trips to the hairdresser…

And it felt like these women – some friends, some acquaintances, some I didn’t even know – were a little gang and I wasn’t a part of that. My kids went to the wrong playgroup. I wore the wrong clothes. I couldn’t afford just to go out for coffee and cake (even if they did invite me, which they didn’t). I was too quiet sometimes and too noisy at other times.

Now most of these women have fallen off the radar. They’re not friends with each other any more. As it happens, I’m quite good friends with a couple of them. I just stayed true to myself, didn’t try to be someone I’m not and in time they realised that I’m worth knowing.

I still wear the ‘wrong’ clothes. I still don’t go to the hairdresser.

But I am good enough. And if I’m not someone’s cup of tea, that’s fine.

So what changed for me?

I’m older and wiser for starters. There’s a big difference in being a 48-year-old mum of teenagers and adults compared to being a 34-year-old mum of small children. Everyone finds parenting teenagers different, but for me it’s a lot stressful than parenting small children. So if I’m less stressed, I’m less likely to worry about things that don’t matter and which I can’t change.

I also took myself out of situations which I found stressful (particularly working in the office), even though I didn’t fully understand how difficult I found it at the time.

I’ve also realised that, with the exception of spending time with my family, the only things I really enjoy in life are running and reading. So I do them a lot.

If you feel you’re ‘not good enough’, think about how you can take yourself out of a situation that is making you feel like that. Step back from social media. Move on from the friends who aren’t really friends.

And I know that it’s always hard to find time to do anything, but if you can find a bit of time to do things you enjoy, it will help to stop you worrying.

And maybe, like me, you will come to realise that you ARE good enough. 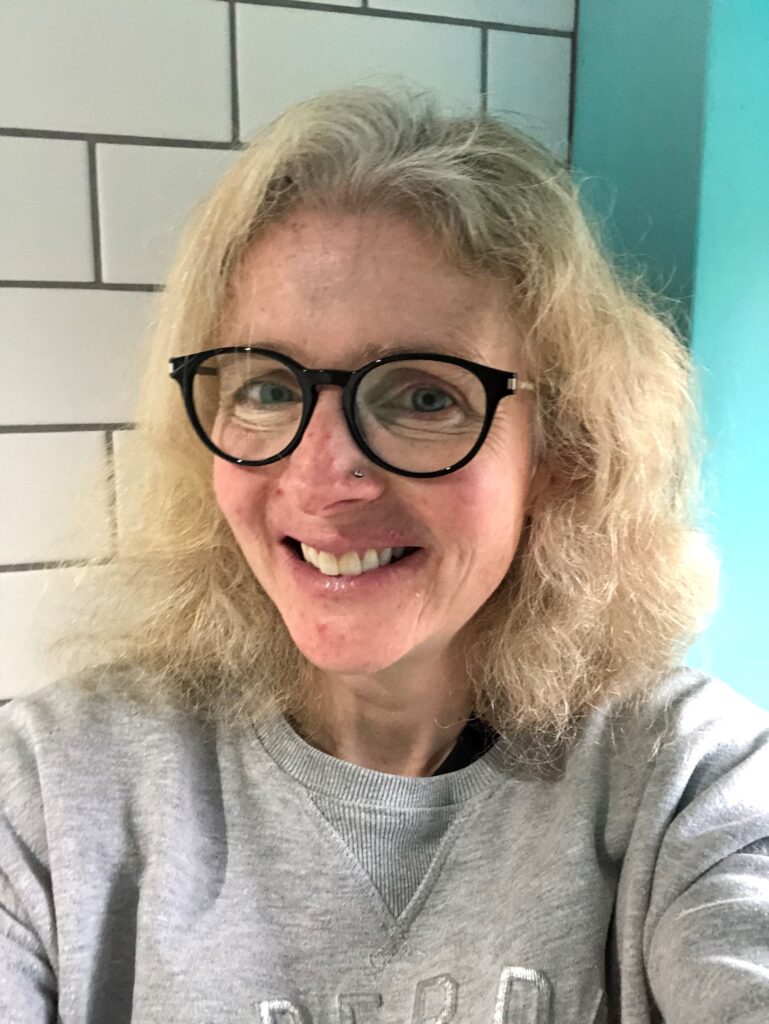 Still got the wrong hair and the wrong clothes, but I’m good enough