I’ve been waiting a while to read Anxious People be Fredrik Backman. Fredrik Backman writes wonderful stories like A Man Called Ove, Britt-Marie Was Here and more.

On the day before New Year’s Eve, a really useless bank robber fails to rob a bank. In an attempt to get away, the bank robber bursts in on an apartment viewing by the equally useless House Tricks estate agents and politely takes everyone hostage.

In the apartment are two arguing married couples. Anna-Lena and Roger buy up apartments for something to do, and Julia and Ro are anxiously awaiting the arrival of their first child. Bank manager Zara doesn’t want to speak to anyone and is only there for the view. And 87-year-old Estelle is enjoying having new people to chat to.

Outside, the two police officers, one older and one younger, are trying to deal with the situation before officers from Stockholm turn up and take over. The younger police officer was inspired to join the force after a traumatic incident he witnessed 10 years ago, but his father never wanted him to join the police.

The hostages are all unhurt, but the bank robber is missing. As the two police officers try to piece together what happened, they find that the hostages are the most unreliable and unhelpful witnesses.

Anxious People is a simple, but moving story, mainly set over the course of just a few hours. All of the characters initially appear to be fairly straightforward, but they gradually reveal more of themselves – just as people do in real life.

As with all his books, Fredrik Backman manages to perfectly balance out the story with both humour and emotion. As the title suggests, each of the characters is carrying their own anxieties, and the strange situation they find themselves in forces them to face up to them.

Anxious People is a book about love, marriage, parenthood and death, as seen through the eyes of a bank robber, some hostages and two police officers. It is a book which will put a smile on your face and I would recommend it to anyone. 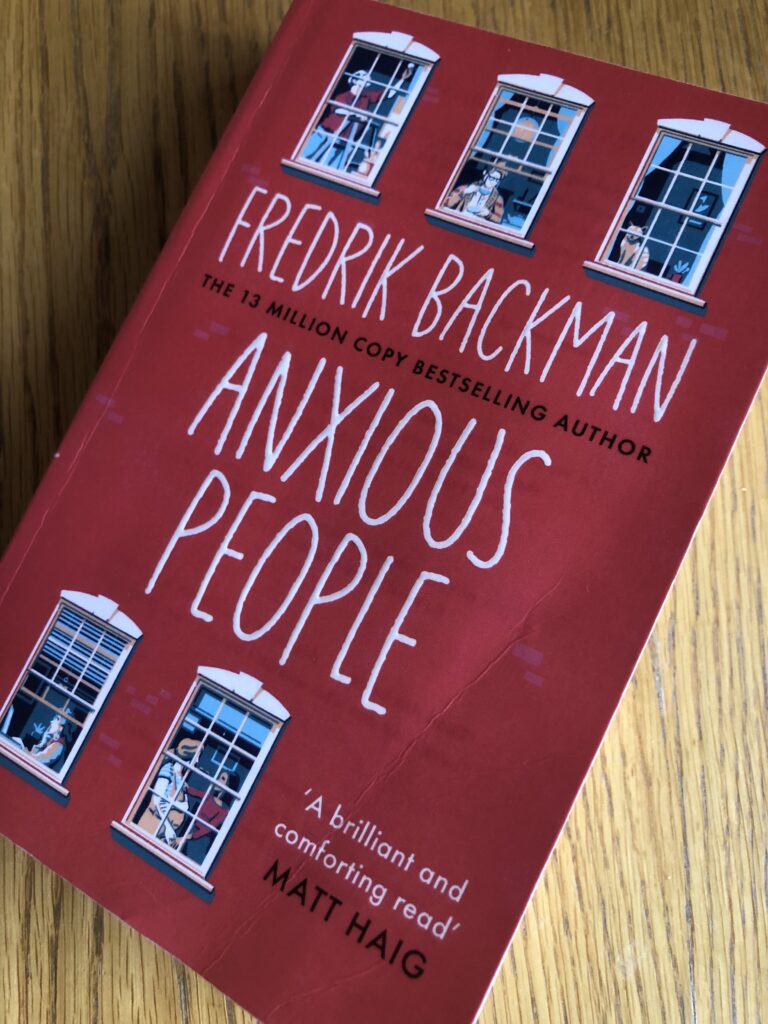