I’d seen Hamnet by Maggie O’Farrell quite a bit on social media. I knew it was an award winning literary novel. My friend Suzanne from Inside, Outside and Beyond blog told me it’s a book you need to savour and read slowly. I must admit, I’m not keen on reading slowly. If I enjoy a book, I read it quickly. I devour it.

As I needed to savour it, I bought it a couple of months ago and put it away until the kids went back to school and I had the peace and headspace to read it.

And all this time, I had no idea what it was about! Not once had I read a review or even looked at the blurb on the back. As soon as I did look at the blurb, I was very excited. I knew I had to read it straightaway. And I strongly suspected I was going to struggle to savour it.

The blurb tells of a girl taken ill suddenly at home in Stratford-upon-Avon in 1596. Her twin brother, Hamnet, searches desperately for a family member to help. But his father is away for work, his mum is working in the fields. He can’t find his sister, his grandparents, his uncles, his aunt or any of the servants.

Within a week, it will be Hamnet that is dead.

Hamnet is a novel inspired by the son of the most famous playwright of them all who, four years after his son’s death, wrote a play which very nearly bears his name…

Hamnet is a beautiful story, which paints a vivid picture of 16th century life.

For the majority of the book, the action alternates between the story of Judith’s illness, Hamnet’s desperate search for help and his eventual death; and the history of his parents. The story focuses more on his mother, Agnes, than his father. In fact, his father is never even named – referred to as ‘the Latin tutor’ or the husband, father or son of the various other characters.

The final part of the book takes place after Hamnet’s death and, again, focuses far more on his mother and two sisters than it does on his father. The three women struggle to come to terms with Hamnet’s death, while the father seems as though he isn’t bothered, as he is so focused on his work.

But the father his working on his masterpiece, as his own way of remembering his only son.

Hamnet is a stunning book. I loved it and I definitely didn’t savour it. Nor did I feel any regret for not savouring it.

The cover and the subject matter might make it seem daunting, but it isn’t an especially difficult read. It isn’t a true story – it’s an idea of what may happened in 1596, based on just three basic facts. They are – Shakespeare had a son called Hamnet, who was a twin; Hamnet died at the age of 11; and Shakespeare wrote a play called Hamlet.

Shakespeare’s wife is commonly thought to be called Anne Hathaway, but there is some evidence that she may have been called Agnes, so she is Agnes here.

If you enjoy historical fiction and you are looking for a beautiful read, I can highly recommend Hamnet. 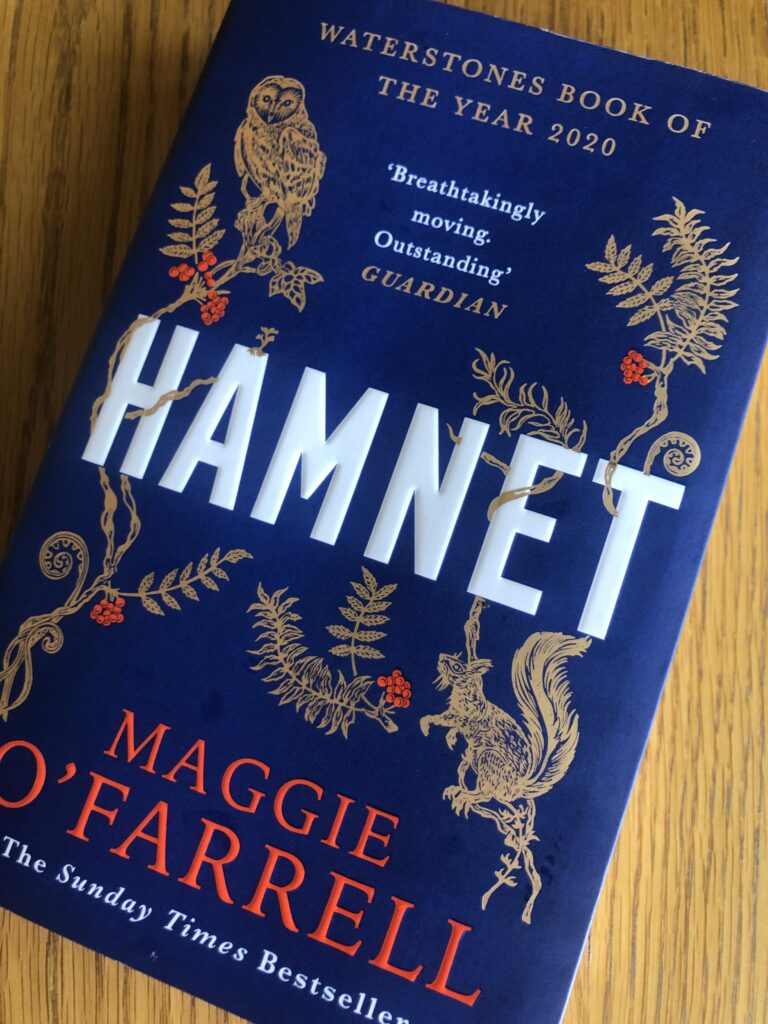