I’ve wanted to read Eight Detectives by Alex Pavesi ever since I saw him talking with Stuart Turton at last year’s online Cheltenham Literature Festival.

Eight Detectives is a quirky and highly original debut novel. It tells the story of Grant McAllister, a reclusive author, and Julia Hart, an editor who wants to publish his collection of detective stories.

McAllister was a mathematician who had worked out the formula to all murder mysteries. He proved his theory in his collection of short stories – The White Murders, which he wrote in the 1930s.

But The White Murders was never published, and McAllister moved away to a Mediterranean island, where he lived alone. Until Julia decided to look more closely at both the unpublished collection and McAllister’s theories.

The story is told through the short stories and Julia’s conversations with McAllister. The short stories themselves are old fashioned Agatha Christie-style murders. They might be considered ‘cosy crime’, but they are all pretty brutal in nature. After every story, Julia talks to McAllister about it and the way it fits in with his theories. As an editor, she also points out any discrepancies she finds.

Will a 1950s audience be ready for McAllister’s gruesome 1930s murder stories? And is the reclusive McAllister ready to be thrust into the limelight?

Eight Detectives is a brilliant read and unlike anything I’ve ever read before. The short stories themselves are entertaining (and they seem to get progressively better – I felt the first two were the weakest) and the way the whole story hangs together is genius. The eight detectives of the title are the detectives in each of the seven short stories, plus Julia herself.

If you like a murder mystery and you want to read something completely original, I would strongly recommend Eight Detectives. 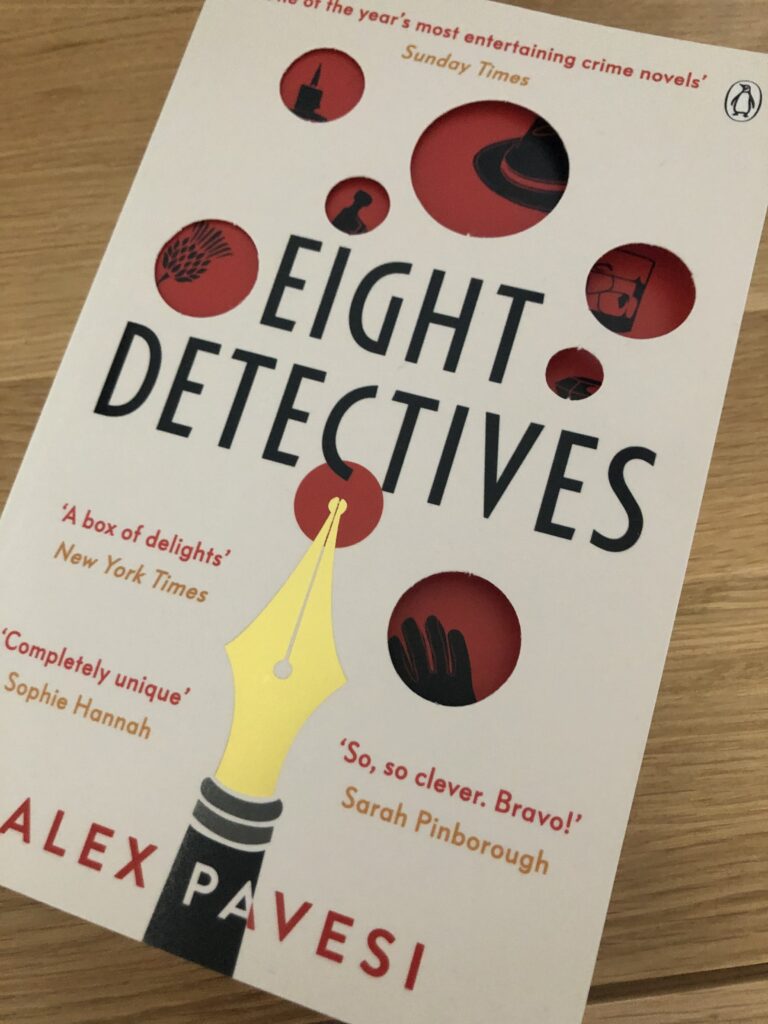