The Devil and the Dark Water by Stuart Turton

The Devil and the Dark Water is the second novel by Stuart Turton. He wrote the huge hit, The Seven Deaths of Evelyn Hardcastle, which was incredibly complicated, but I loved it. There was no question I was going to read his second novel, especially as I’d heard him talking about it at last year’s online Cheltenham Literature Festival.

The Devil and the Dark Water is set in 1634. Famous detective, Sammy Pipps, is on board the Saardam for a treacherous eight month voyage to Amsterdam. But Pipps has been accused of a crime he’s not even sure he committed and is locked in a cell.

When strange symbols start appearing on the crowded ship and livestock are slaughtered, it’s down to Pipps’ loyal bodyguard, Arent Hayes, to investigate. He is assisted by a plucky group of noblewomen – governor’s wife Sara, her daughter Lia and friend Creesjie – who all know they shouldn’t be behaving in such a way, but they do it anyway.

It’s not long before the ship starts descending into anarchy. Soldiers are at war with sailors and the Saardam is battered by storms. Has the devil really appeared on the ship? Will the passengers and crew survive?

I loved The Devil and the Dark Water. It’s a real page turner. While not quite as complicated at Seven Deaths, it’s still pretty complicated! There is a lot going on and you really have to concentrate to remember who had a fight with who and who has got a grudge against someone else.

The strong female characters are brilliant. Turton actually writes at the end of the book that the attitudes and speech are far more advanced than they would have been in 1634. But who cares if women wouldn’t have behaved exactly like that in 1634? It’s just great to read a book in a real alpha male setting where it is the women who have all the brains and a lot of the strength too.

The Devil and the Dark Water won’t be for everyone, as it’s not an easy read. But if is you like historical fiction and don’t mind a complicated plot, I can highly recommend it. 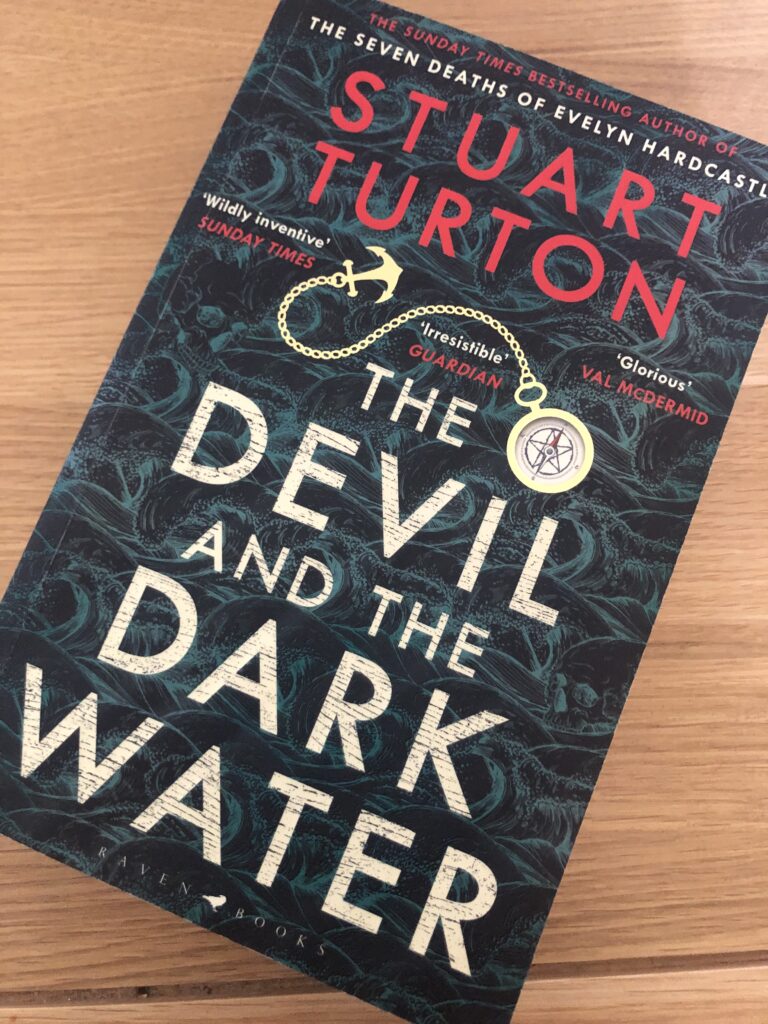