Shuggie Bain by Douglas Stuart is the 2020 Booker Prize winner. It is also my favourite read of the year so far.

Shuggie is a small boy growing up in poverty in Glasgow in the 1980s. He adores his mother, and she adores him, but she is an alcoholic who struggles to care about anyone but herself. One by one, his father, sister and brother all leave, leaving Shuggie to care for his increasingly volatile mum, Agnes.

Despite her many problems, Agnes still feels she is better than the neighbours. Every day, she puts on her make-up and heels and does her hair. Shuggie too is cleaner than the neighbourhood children and even considered ‘posh’ because he speaks properly. Shuggie knows he isn’t ‘normal’ and longs to fit in. He doesn’t know what marks him out from the other children (other than an alcoholic mother), but the other children know exactly what it is and don’t hold back with their insults and bullying.

I’d been warned that Shuggie Bain was a tough read – and it is, both in terms of the subject matter and even the words on the page, with the speech in a strong Glasgow dialect. Shuggie’s neglect and the abuse both he and Agnes receive from those around them is shocking.

While Shuggie Bain is a work of fiction, it feels very real, yet also a lifetime away. The reality is that if Shuggie was a real adult today, he would be slightly younger than me. It is hard to imagine kids in the 20th century living with that level of poverty, abuse and neglect and it going completely unnoticed by anyone in authority. But of course it did and it still does. 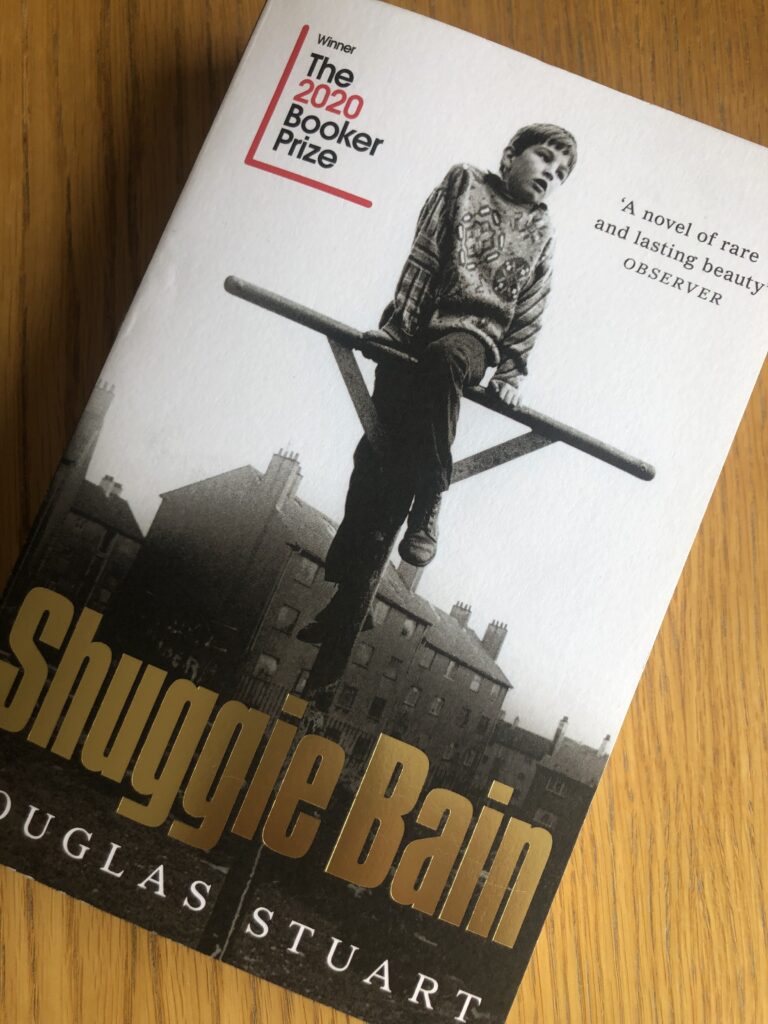