For the last couple of months, my son has been determined to make it to the English Schools athletics national competition for long jump. He actually made the team two years ago, but missed out after breaking his pelvis two weeks beforehand.

Needless to say, there was no competition last year. So we hoped 2021 would be third time lucky for him.

Normally there are district, county and regional schools competitions leading up to qualification.

To take part in English Schools under normal circumstances, athletes need to meet the qualification standard and be in their county’s top 32 athletes. The top 32 includes boys and girls, all events and three age categories (under 15, under 17 and under 20).

This year, there have been no district, county and regional competitions. Athletes who want to make it to English Schools have had to find their own competitions to try to reach the standard. And organisers would only take the top 16 athletes for each event in each age category.

So qualification was a long shot for my son, especially as he’s in his first year of under 20s (the age category is for year 12s and 13s).

But every weekend, kids are competing. Kids do better than him and he gets pushed down the table.

This lifted him up the rankings and looked reasonably safe. Especially as the rankings also includes ‘year 3’ athletes – 19 year olds who aren’t at school. They aren’t eligible for English Schools.

Nor are Welsh, Scottish or Northern Irish athletes. There were a couple of year 3 athletes and a couple of athletes from the other home nations above him in the rankings. Take those out and he looked pretty safe.

But there was still one more weekend of competition to go – to get beaten or to jump further himself.

As it happens, that final weekend of competition was windy. The conditions weren’t good for long jump. My son’s best jump of the weekend was 6.61. But that’s OK, because he had his 6.83 in the bag.

It seems like the conditions must have been bad for everyone that weekend, because nobody moved above him in the rankings.

And last Friday he got the message that he had definitely made it to the English Schools national finals!

Now he just has to:

It’s a few short days to go. Keep everything crossed that he will actually get there this time. It really would be his dream come true. 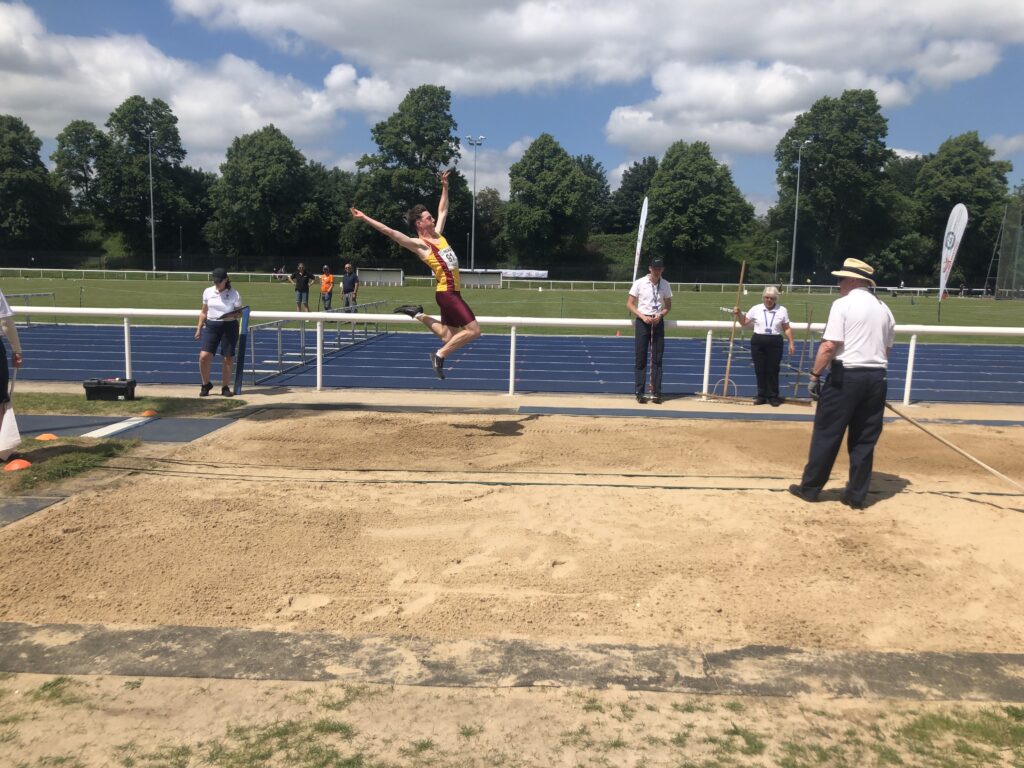