It felt like I was the last person of my age to get my first Covid jab. Once I’d got it, I felt happy that I was that little bit safer. There had been such a strong message about the importance of that first vaccine and how it would make such a difference to the virus.

But as soon as I’d had my first jab, that message changed a bit. The Delta variant started rearing its ugly head. And everyone else was getting their second jabs. Once more, I felt left behind and a little bit unsafe.

Over the last few weeks, it feels like there has been a really sustained effort to get second jabs into people in their 40s and to get first jabs for the very youngest adults. I don’t think anyone has officially said that we are in a third wave of Covid, but the case numbers suggest we are.

16,000 new cases per day sounds pretty bad to me. It is definitely hitting the younger, unvaccinated population the hardest. In the past couple of weeks, my boys have had three friends test positive for Covid. One was ill for a few days, one had very mild symptoms and one had no symptoms at all. Which is kind of reassuring. At least the numbers of deaths and hospitalisations are staying low, but all the vaccination focus is on those all important second jabs.

I got my second jab last week, nine weeks after my first. And two days after my 19 year old son (well, he’s actually turned 20 since his jab). My son was especially happy to get his as he’s very keen to travel. But it looks like he’s going to need to be double jabbed before he can do that. While the UK government say he can go to Malta without quarantining, Malta won’t let anyone from the UK in without quarantining unless they’ve had two vaccinations. Which means he’s stuck in the UK for the foreseeable future.

So, whatever your priorities – staying well, seeing family and friends, going on holiday and/ or avoiding quarantine – those double jabs are essential for the months ahead.

We’re still following all the rules, but it’s nice to know that we are that little bit safer now (or we will be in a couple of weeks when it’s kicked in fully).

Hopefully with lots more in our position, the Delta variant can sod off and leave us all to enjoy the remainder of the year in some sort of normality. 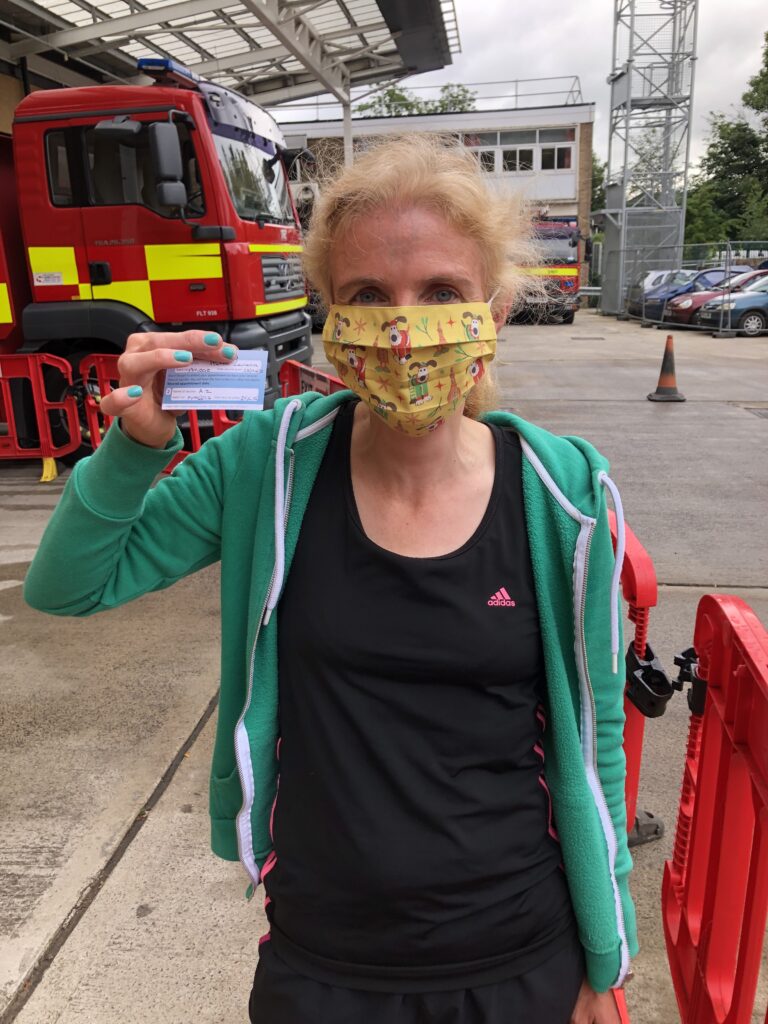