I’m forever reading reviews of brilliant sounding books, then forgetting what the books were called before buying whatever has a nice cover in the bookshop or supermarket. So over the last year or so, I’ve taken to noting down the details of the brilliant sounding books, so that I have a list when I go to the bookshop. Three Hours by Rosamund Lupton had been on my list for a long time, but I only got hold of a copy when the shops reopened in April.

The reviews weren’t wrong. It definitely deserved its place on my list! I read Rosamund Lupton’s books Afterwards and Sister way back in the day, which were both very good. But to me, Three Hours takes things to the next level.

Three Hours does literally tell the story of three hours (it would take longer than that to read it though) – and an awful lot happens in those three hours. On a very snowy day, a small school on a big woodland site in Somerset is under siege from at least two gunmen. It is the most unlikely target for a terrorist attack and nobody knows who the gunmen are or why they would choose to target this school.

Around the school, teachers and pupils are trapped in different buildings, unable to escape or to help each other. The headteacher lies bleeding in his office, while a junior school teacher covers windows in clay bricks and encourages pupils to stay under the tables. In the school’s theatre, the dress rehearsal of Macbeth continues as planned.

Outside the school, a team of police officers needs to work out the gunmen’s next moves and plan the school’s evacuation before it is too late. Meanwhile, anxious parents gather at a local leisure centre for news, endlessly calling and texting their children.

This is a stunning book. You really feel what all of the characters are going through, in their desperation to survive and to support their friends and loved ones to survive. All of their stories are individual and the police need to piece those stories together as quickly as they can to get the answers they need.

No doubt the book is based on extensive research of police procedures and it amazed me how quickly they were able to get helicopters and drones into the sky, organise evacuations and start analysing laptops.

Three Hours is a brilliant and moving book, which I would recommend to anyone. But if you don’t like books about children in danger, it is probably one to steer clear of.

(And even though I have a list of books on my phone, I still keep buying other books just because I like their covers.) 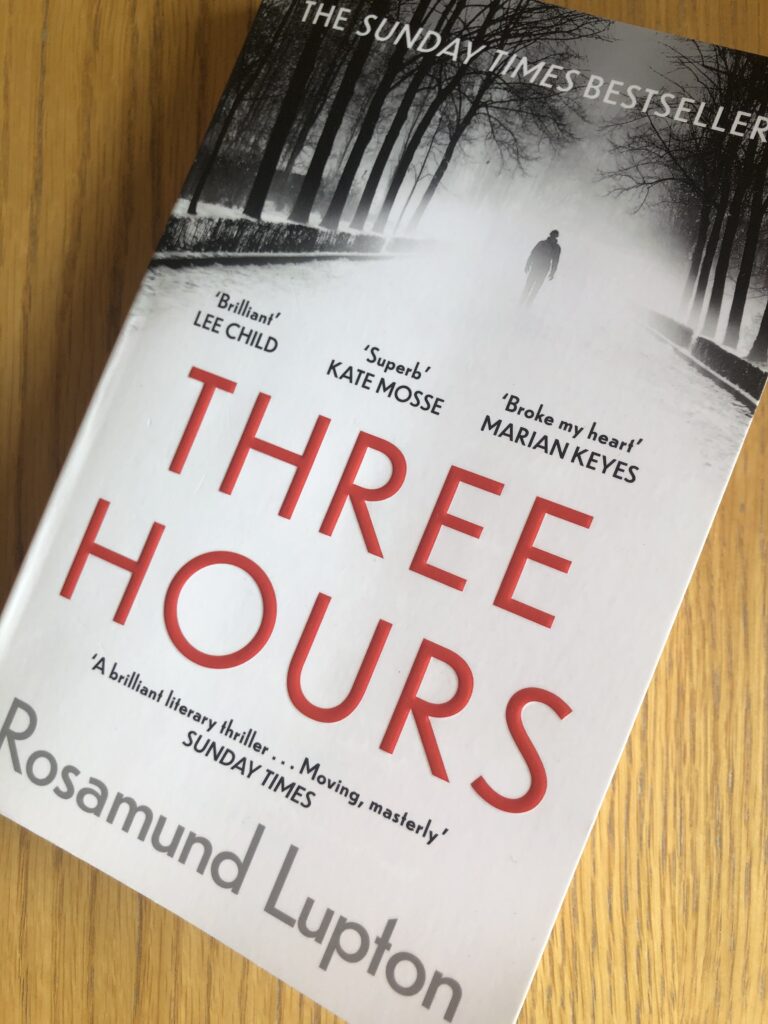