I bought Middle England by Jonathan Coe on a whim a while ago. I’ve read a couple of his books before (so long ago that I haven’t even reviewed them on the blog!) and found them funny. But somehow it took me ages to get round to reading it as there was always a newer book that I was desperate to read.

Benjamin and his friends and family are now middle aged. The story starts in 2010, just as the coalition government come to power, with the funeral of Benjamin’s mother. His father, Colin, is struggling and Benjamin knows he is going to need to step up and do more to care for him. Benjamin is single and enjoying life in the Shropshire countryside, staring at the river. The other central characters – his sister Lois, niece Sophie and friend Doug are all having relationship troubles, but Benjamin is happy living a life in solitude.

The story follows the four main characters and a few others for the next eight years, against a backdrop of all the big news events of the decade. It weaves its way through the riots of 2011 to London 2012 and the Conservatives’ overall majority of 2015 through to the EU referendum and Brexit. It touches on politics, racism, immigration and even transphobia, all seen from the points of view of Benjamin, Lois, Doug and Sophie.

The action is largely centred around Birmingham and Shropshire (middle England) and the main characters are all middle class, mainly middle aged and all with politics towards the left of centre.

But it’s not all politics, there is an ongoing conflict between a pair of children’s entertainers and a number of key scenes of the book take place in a quintessentially English large garden centre.

Middle England may not be for everyone – you definitely need to have at least some interest in current affairs and politics – but to me it is a wonderful book. It isn’t laugh out loud funny, but it is very humorous. The scene where a former government communications officer loses the plot when briefing political commentator Doug is absolute genius.

If you enjoy a humorous book and are looking for something a bit different to read, I would definitely recommend Middle England. 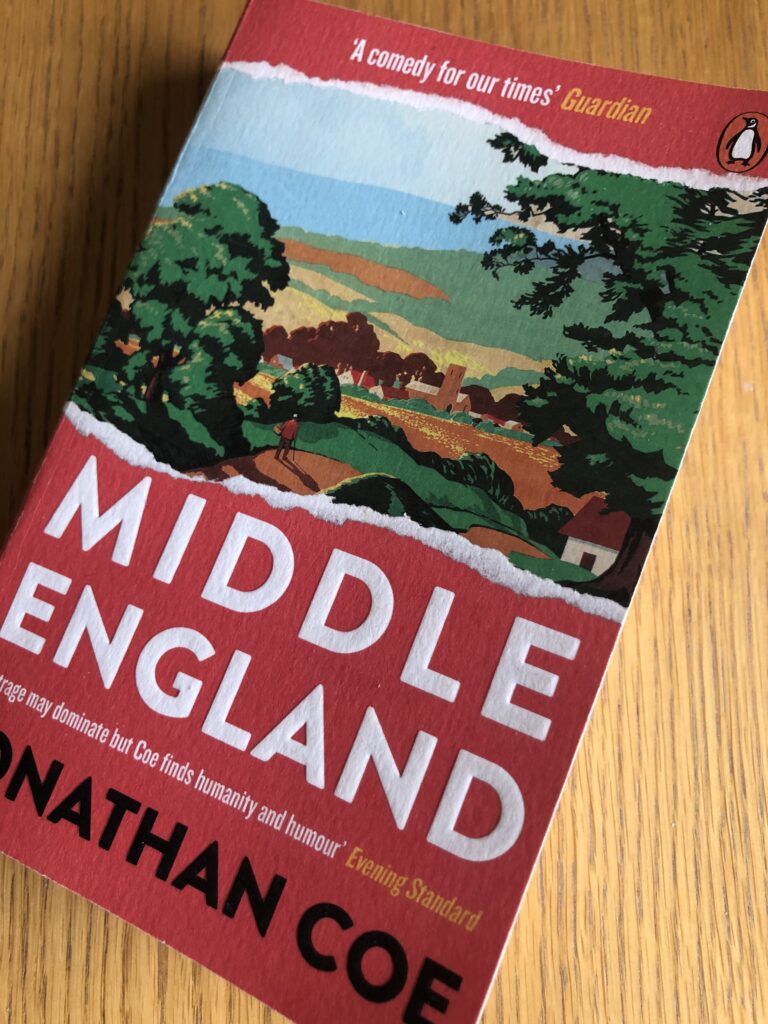