There is something addictive about Lisa Jewell’s books. It is the characters and the settings, as well as the stories, that make me unable to put them down. While sometimes I struggle to find as much time to read as I would like, somehow I always find time I didn’t know I had to read Lisa Jewell’s books. Which is how I came to read the majority of Invisible Girl in a single day.

Saffyre Maddox is 17-years-old and invisible. She suffered a terrible trauma at the age of 10 and the man she thought would fix it didn’t. So she starts to follow him around, learning about him, his friends and his family.

Owen Pick is a 30-something invisible man. He’s never had a girlfriend and doesn’t know how to talk to women. He hasn’t even ever really had a friend. But the neighbours have their eye on Owen. And when Saffyre goes missing, it seems that the whole world has their eye on Owen too.

Told from the points of view of Saffyre, Owen and neighbour Cate, this is another brilliant page turner from Lisa Jewell. Saffyre and Owen are both likeable and troubled characters. But is Owen the person the reader believes he is or the person the police believe he is? And what really has happened to Saffyre?

As with all the best thrillers, as the reader you start to suspect everyone and question everything you have already read.

You can read my reviews of Lisa Jewell’s other thrillers here – The Family Upstairs, Watching You, I Found You and Then She was Gone. 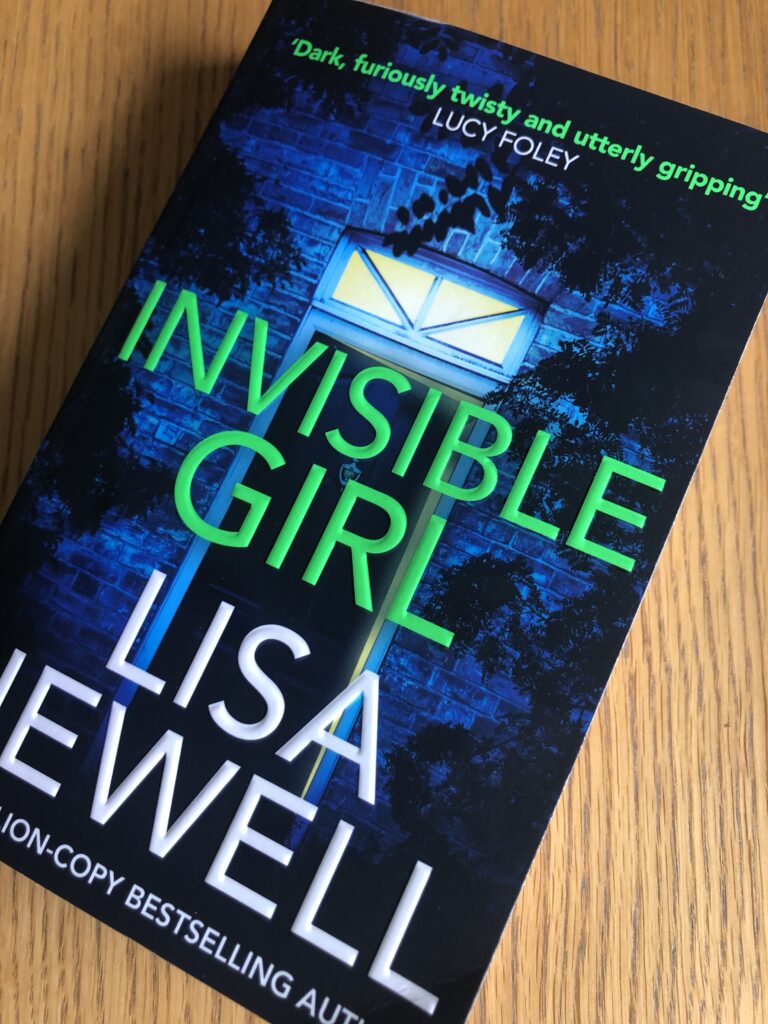