In the aftermath of George Floyd’s death and the rise of the Black Lives Matter movement, Why I’m No Longer Talking to White People About Race by Reni Eddo-Lodge became the must-read of the summer. The book was published in 2017, but had a big surge in popularity this year. White people wanted to know where they were going wrong and how they could be more supportive to black people. I’m a bit late to the party here, because I know a lot of people have already read it.

Why I’m No Longer Talking to White People About Race is a very interesting and eye-opening read. You need to have an open mind to read this book. I am one of the many people who has always said that they’re not racist. Which is a start. But the book is a reminder that simply being not racist isn’t enough. It is about acknowledging that society as a whole is structurally racist and that it needs to change.

Why I’m No Longer Talking to White People About Race started life in 2014 as a blogpost of the same name and grew to a book from there. Although thought-provoking and eye-opening, it is not a heavy academic read and is actually highly readable. It starts with some black British history – from slavery through the earliest black settlers in port cities to police brutality and the riots of the 1980s. I must admit that I really knew nothing of any of this.

At the end of the chapter, I thought ‘But what about Stephen Lawrence?’, as there had been no mention of him.

The murder of Stephen Lawrence is covered in some depth in subsequent chapters. Although I was aware of the case at the time, the book gives a stark reminder of just how badly handled it really was.

There is an entire chapter on white fears that black people will ‘take over’ and white people will become a minority, as well as chapters on race and feminism and race and class. There is a lot of talk of ‘white privilege’ – which isn’t something which is unique to middle class people. It’s not about the privilege of being financially secure, it’s about the privilege of being free of the negatives of racism – of not feeling like the outsider and not feeling able to speak honestly for fear of what you may lose.

There have been complaints about the provocative nature of the title and the stark cover – usually from people who haven’t actually read the book. There have even been accusations of racism against white people, but if you read it, that really isn’t the case.

If you want to understand more about racism, anti-racism and the history of black Britain, you should definitely read Why I’m No Longer Talking to White People About Race.

(I know that ‘black’ is often written with a capital ‘B’. In the book, the author chooses to use lower case, so I have followed her lead with here.)

If you want to diversify your fiction reading a bit, I would recommend My Sister, the Serial Killer by Oyinkan Braithwaite, The Confessions of Frannie Langton by Sara Collins and Beloved by Toni Morrison. 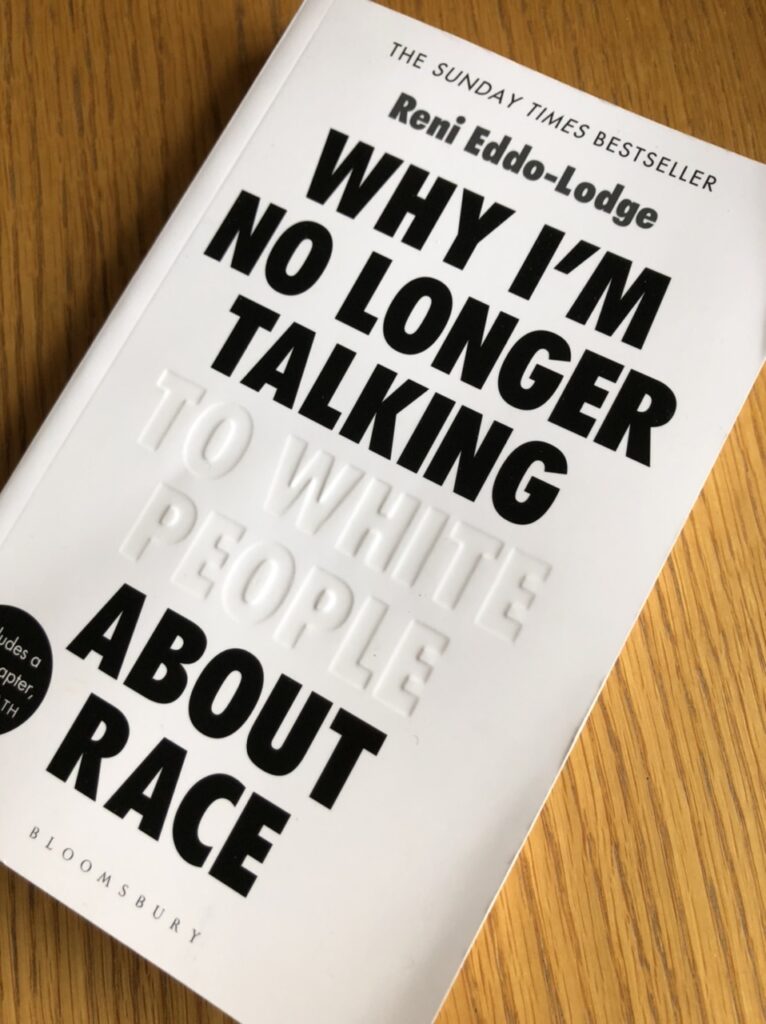