My Sister, the Serial Killer by Oyinkan Braithwaite

I’d seen My Sister, the Serial Killer by Oyinkan Braithwaite on social media. I didn’t know much about it, but the title fascinated me, so I thought I would give it a go.

When Korede’s dinner is interrupted by an urgent call from her sister, Ayoola, Korede knows what she has to do. She leaps into action with the bleach, after her sister kills yet another boyfriend, supposedly in self-defence. There is no build-up to the story at all – it gets straight in there with the murder and clean-up operation.

Korede lives with her mother and younger, beautiful sister, Ayoola. The three women live in the shadow of their dead father, who was definitely not a nice man. Korede is a well-respected nurse at the local hospital, while Ayoola doesn’t seem to work. But Ayoola is everyone’s favourite sister, simply because she is so beautiful. Korede is the caring big sister, who hates what Ayoola has done to her victims, but would still do anything to protect her. Korede’s only way of coping with her own guilt is to talk to a patient in a coma, who isn’t expected to recover.

Korede has fallen for a doctor at the hospital and hopes he might feel the same way about her. But then he catches sight of Ayoola and nothing Korede says will warn him off her beautiful sister. Can Korede stop the inevitable happening to the doctor? Or will her sister’s crimes finally catch up with her?

Narrated entirely by Korede, My Sister, the Serial Killer is a short book, divided into tiny chapters and is actually a very easy read, both in terms of the content and the language used.

Don’t let the title put you off, My Sister, the Serial Killer isn’t gruesome. It is a quirky little book, which should appeal to a wide audience. 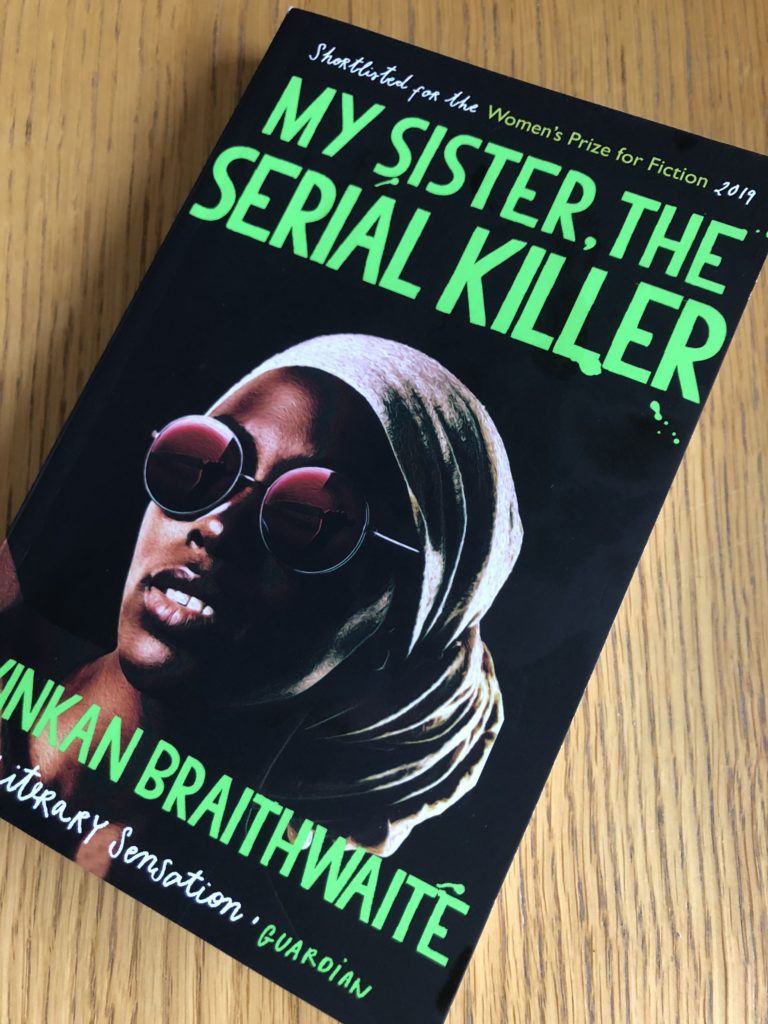