When we got back from our holiday in Padstow, I weighed the guinea pigs and found that Cedric had lost some weight. When our lovely guinea pig, Eric, died, he’d lost a lot of weight. The vet advised me to weigh the guinea pigs regularly because it’s one of the surest ways of tracking their health. As animals who would be prey to others in the wild, guinea pigs are very good at hiding the fact that they’re ill. So by the time their owners notice something isn’t right, they could be very ill and days from death.

Every year, the guinea pigs lose a little bit of weight over the winter, when they’re not eating the grass. Then in the spring and summer they gain weight again.

In the space of three weeks, Cedric had lost 140g – and he’d actually lost 50g over the course of the previous two months too. I must admit that I panicked. But he seemed fine in himself and was still eating.

The younger kids were convinced that my eldest might have forgotten to feed the guinea pigs. The weather had also been very hot and it was possible that it could have put him off his food. But I couldn’t stop worrying.

So I took him to the vet. I’d been disappointed with the way our previous vet had handled Wilfred in his last few hours – and they were also quite expensive. So I took him to a different vet.

And she reassured me that she couldn’t find anything wrong. She said that possibly Henry had been having more than his fair share of food, which did seem possible. Henry is now an adult guinea pig, but he hasn’t yet stopped gaining weight since we got him. He actually weighed slightly more than Cedric by this point and his tummy feels very round.

I can’t tell you how relieved I was. I stopped worrying and just assumed that he would start gaining weight.

But when I looked at him he still seemed to be eating.

Thinking that Henry was maybe taking more food than he should, we brought Cedric into the house for an hour and gave him his own little pile of food, which he seemed to enjoy. He ate well for the first two days, but on the third day he didn’t eat it. He might have been missing Henry as they aren’t usually separated. But if we brought Henry in too, that would defeat the object. 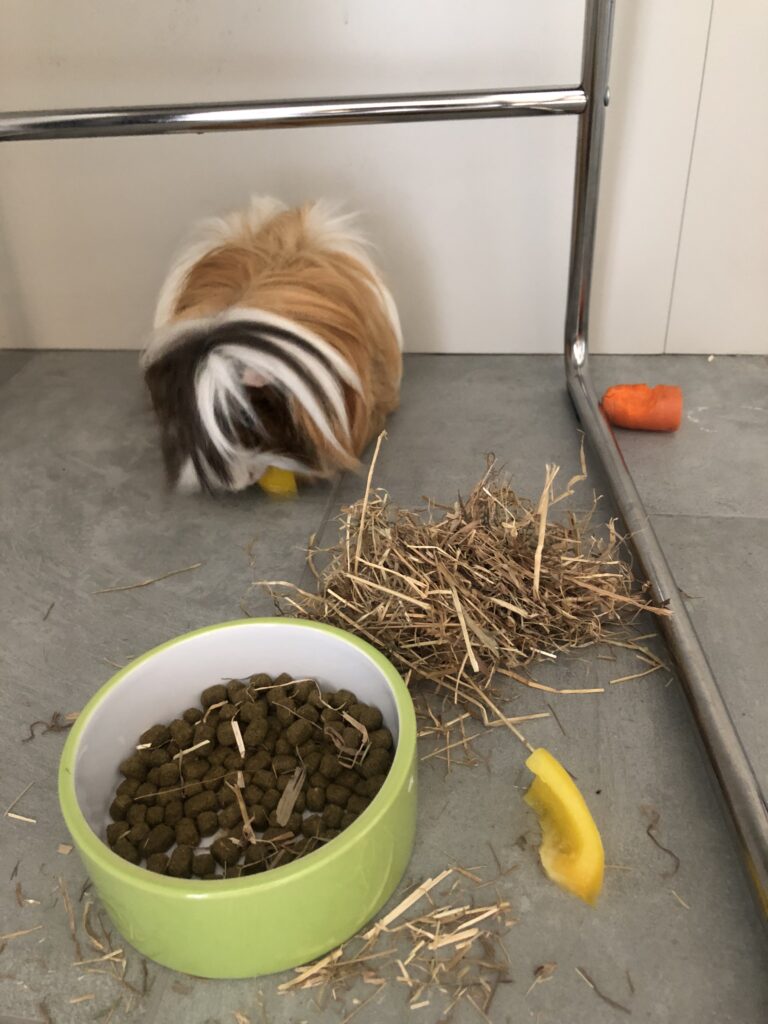 It brought back memories of Eric’s final days. We had brought him into the kitchen to eat too. It had started off well, then he had stopped eating.

I thought we were going to have to go back to the vet. In the end, we didn’t make it as far as that next weigh-in and a planned vet’s trip. On the Saturday – the day after he didn’t eat his food in the house – he failed to go downstairs in the hutch when he was fed. My daughter put some hay in the bedroom and he ate that. But when I went to check him an hour later he was just sat there still. I got him out of the hutch and he felt so bony. I was really worried about him.

I put him on the grass with Henry. They are always happy on the grass and the advantage of grass is that they always eat it. He ate for a couple of minutes, but then he just lay really flat and his eyes started to close. I’d never seen his eyes close before (a lot of guinea pigs sleep with their eyes open). I felt that I was literally watching him die. He did a funny poo, which was another bad sign. Then he perked up and started eating for a while, before lying down flat.

While this was going on, I was desperately trying to get a vet’s appointment, but couldn’t get one for the same day.

In the end, I put him back in his hutch. As he’d enjoyed eating the grass, my husband cut him some for the hutch. He was also drinking, which was a really good sign. But I found a poo with blood on it.

Find out what happened at the vet’s in my next post. 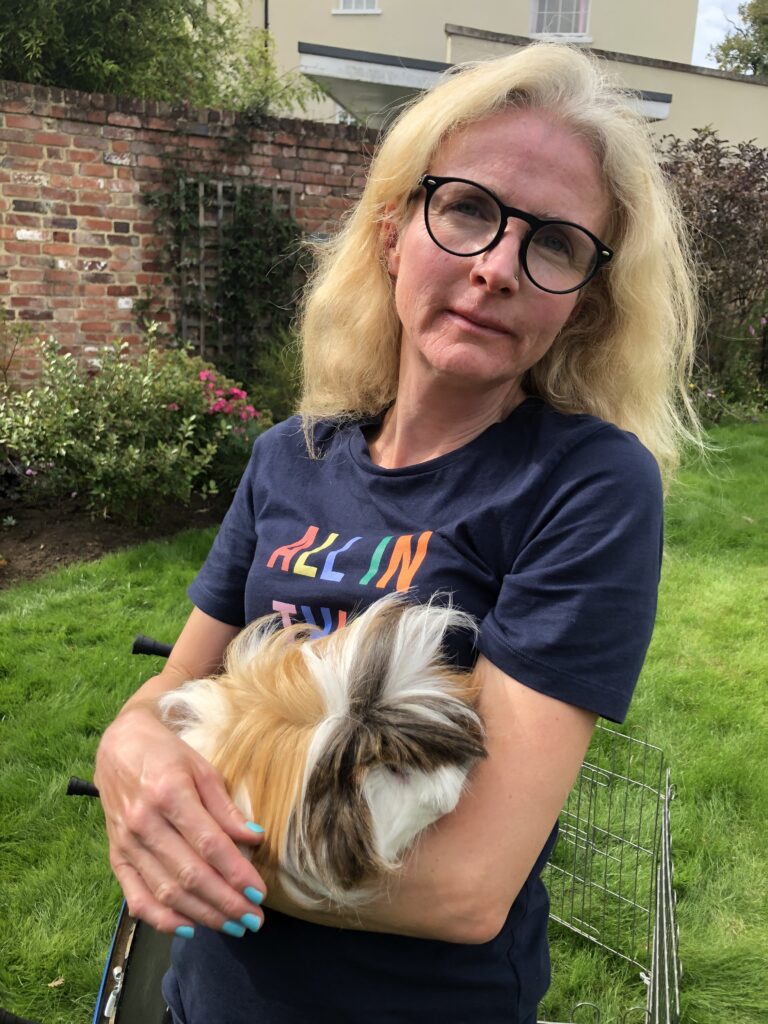