Will GCSE and A Level results 2020 mean anything?

Home » Family » Will GCSE and A Level results 2020 mean anything?

In just a few days, hundreds of thousands of students will get their A Level results. A week later, around 700,000 young people, including my own younger son, will get their GCSE results.

But, unless you’ve been living under a rock since March, you will know that not a single one of those students actually sat an exam.

Results will be based on teacher assessments, including mocks and overall performance during the year. They will be moderated by the powers that be, to come up with the closest-to-accurate-as-possible results for those hundreds of thousands of teenagers.

But they’re never going to be quite right. Because they haven’t sat GCSE and A Level exams. Of course exam boards will do their best to compare a child at school A with a child at school B to ensure results are fair and consistent across the board, but there will be winners and losers.

The winners of course will be the kids who work hard all year round and struggle with exams.

The losers will be the ones who don’t work very hard all year round, then cram hard and do well in exams. My own 19 year old son would be the perfect example of this. We know that he wouldn’t have done half as well in his A Levels if he had been from the class of 2020.

Statistically, it is boys who fall into this latter category. And my younger son is the first to admit it applies to him. He does very little revision for end of year exams and mocks, and no revision at all for regular tests. He’s far from alone in that.

He says he would definitely have revised a bit more for his mocks if he’d realised that would be his only chance to shine. I’m sure thousands of other young people are saying exactly the same thing.

As parents and students, we can only hope that exam boards take into account the progression from mocks to the real thing, including any statistical differences between boys and girls, between different ethnic groups, between children living in poverty and those from more affluent backgrounds and any other important factors.

My son’s school has fairly high entry requirements to get back into sixth form – 57 points from the top eight GCSEs – that’s the equivalent of 7 grade 7s (old A) and a grade 8 (old A*). All students were advised to apply for a back-up school and my son applied to his sister’s school, where his brother really thrived in the sixth form.

At parents’ evening, a few weeks before lockdown, most of the teachers said they thought my son would probably get 9s at GCSE (top grade, equivalent to a high A*). If he’d taken exams, of course there would be a chance for him to slip up and not get these grades. Likewise, if he’d taken exams there would have been the chance to really prove himself and make sure he got those grades.

Because of the predicted grade 9s, we know he’s not going to slip and need his back-up school, but we also know that he might not get the top grades he’s actually capable of.

So do the results really matter?

Of course they matter. They are still the result of two years of work. They will still help kids move onto the next stage of their education or of life – whether that is 6th form, college, university, apprenticeship or a job.

But there will always be that question mark over them. For my own son, he isn’t bothered about his results. He feels he hasn’t worked for them and they won’t be quite real. But they are as real as they are going to get right now.

Although for the rest of their lives, the class of 2020 will be remembered as the kids who didn’t do their GCSE or A Level exams. 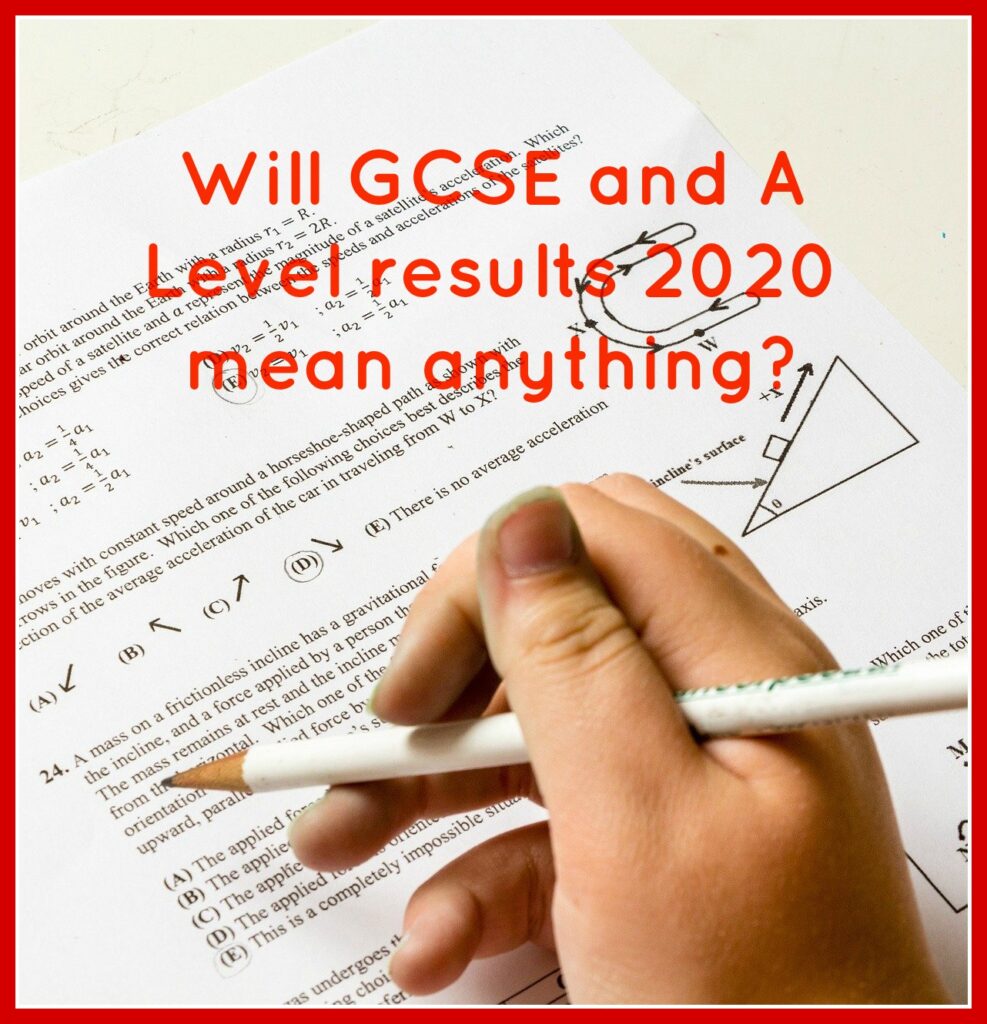