It’s over six years since we moved into our house and we’ve finally spent some time and money on our own bedroom.

When we moved in, we gave the whole house a lick of paint and had new carpets throughout. The whole thing was done in a matter of a few days. The kids’ bedrooms had a bit more attention – painted in colours of their choice. But the rest of the house was magnolia – the quickest way to get rid of floral wallpaper.

Since then, we’ve done a proper job on around one room a year. Last year, it was the lounge and the year before that it was our ensuite bathroom. Two of the kids’ rooms have also been repainted. But our own bedroom was a tip.

Our old house had built-in wardrobes, but there’s no such luxury here. Instead, we moved the boys’ old wardrobes (that we’d had since they were 7 and 4) into our room as a ‘temporary’ measure. Six years on, they were still there. As the wardrobes were quite big, they were also full of clutter.

I’m not the worst hoarder in the world, but I do like to keep ‘special’ things. And I tend to think more things are special than my husband or kids would. I’d been hiding special things in the wardrobes for six years. I also had a big area of the wardrobe dedicated to Christmas and birthday stuff and a random drawer containing a mixture of running gear and stationery. Basically, I’d bunged the stationery in with the running gear when we moved house as a way to transport it and had never found it a proper home.

The bedroom was a tip (sadly I don’t have any photos of how bad it was).

A tip with large children’s wardrobes in it.

When we talked about redoing the bedroom, I’d just assumed we would get new wardrobes and paint the walls, but my husband had his heart set on everything new. (Buying new stuff doesn’t sit well with me, I worry about the environmental damage.)

We looked into fitted wardrobes. They would certainly make our bedroom looked tidier. Oh my goodness, fitted wardrobes are expensive! Even with so-called ‘reductions’, it was going to cost £4,500. FOR WARDROBES.

We didn’t get fitted wardrobes.

We went to Oak Furniture Land and looked at normal wardrobes that cost a normal amount of money. 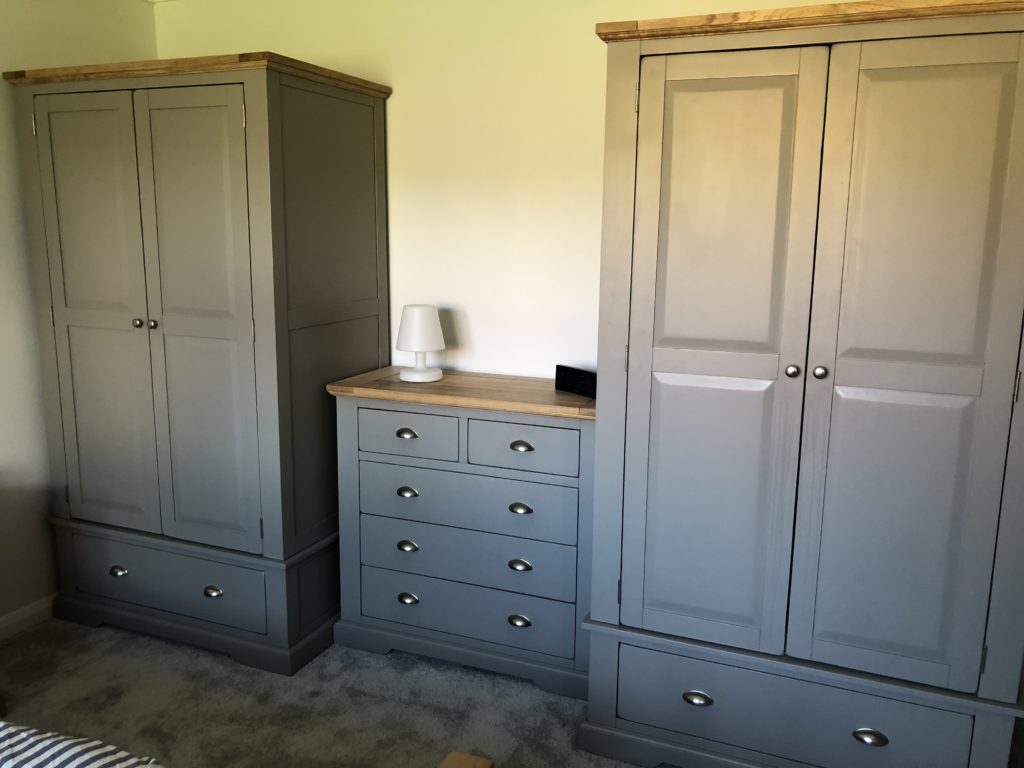 Then we looked at matching drawers and bedside tables and even a matching bed.

For less than £2,500 we got two wardrobes, two sets of drawers, two bedside tables and a bed. And they all look very nice. 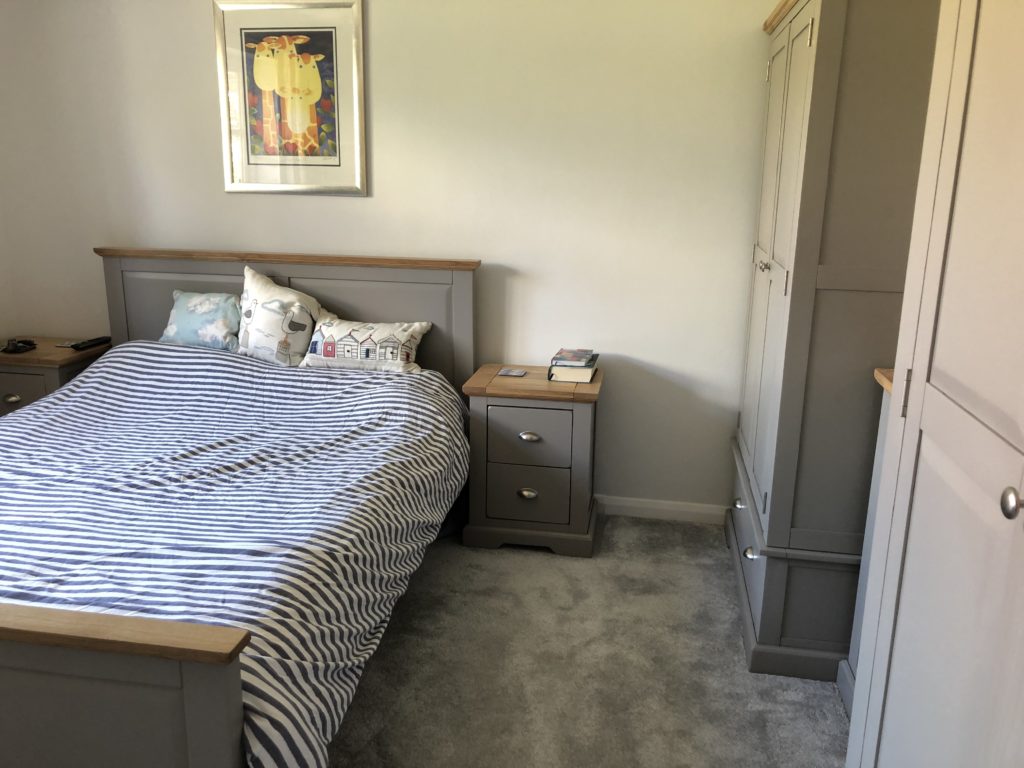 We also treated ourselves to a new carpet, new curtains and new bedding. Not to mention that much-needed lick of paint.

Decluttering was a nightmare. A lot of my books went to the charity shops and I kept a few of my favourites. I put my Christmas bits and pieces in a sensible big box and put it back in my wardrobe. I thinned down the special things. I probably didn’t need quite as many year 2 exercise books as I’d saved. My new drawer had room for all of my underwear and would shut! 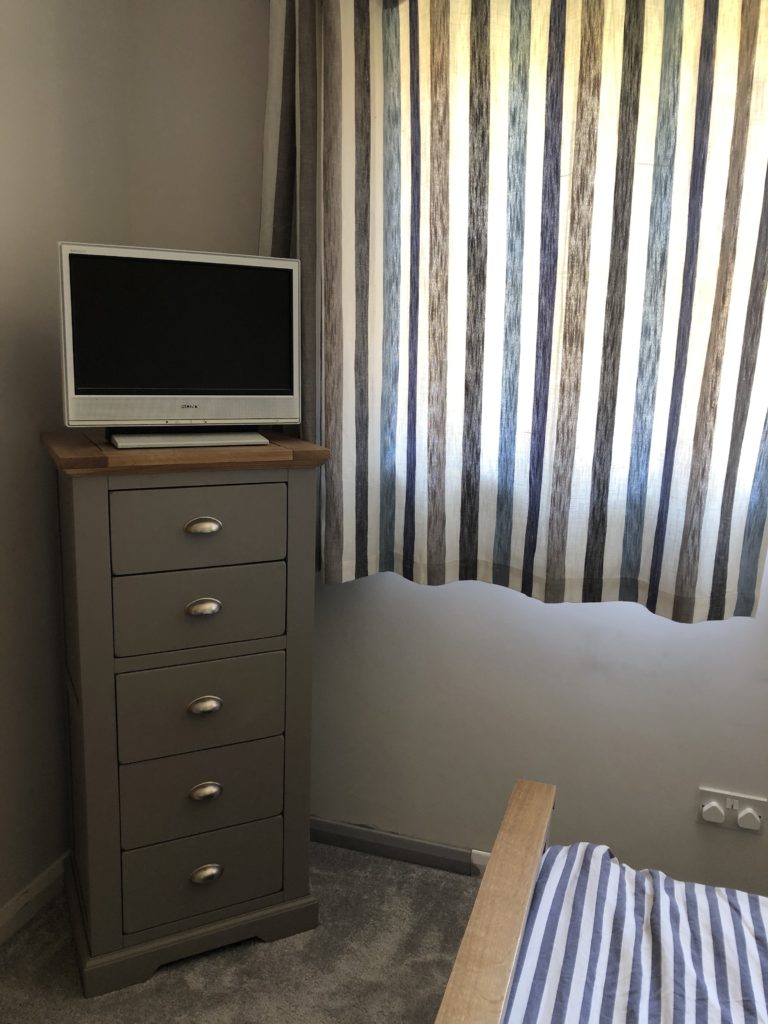 Our bedroom was finished two months ago and I’m so glad we took the plunge and went for everything new. (Although the pictures on the wall and the cushions on the bed are all old, not to mention our crap TV.) It looks so much nicer. The bedroom feels much more peaceful without the clutter. 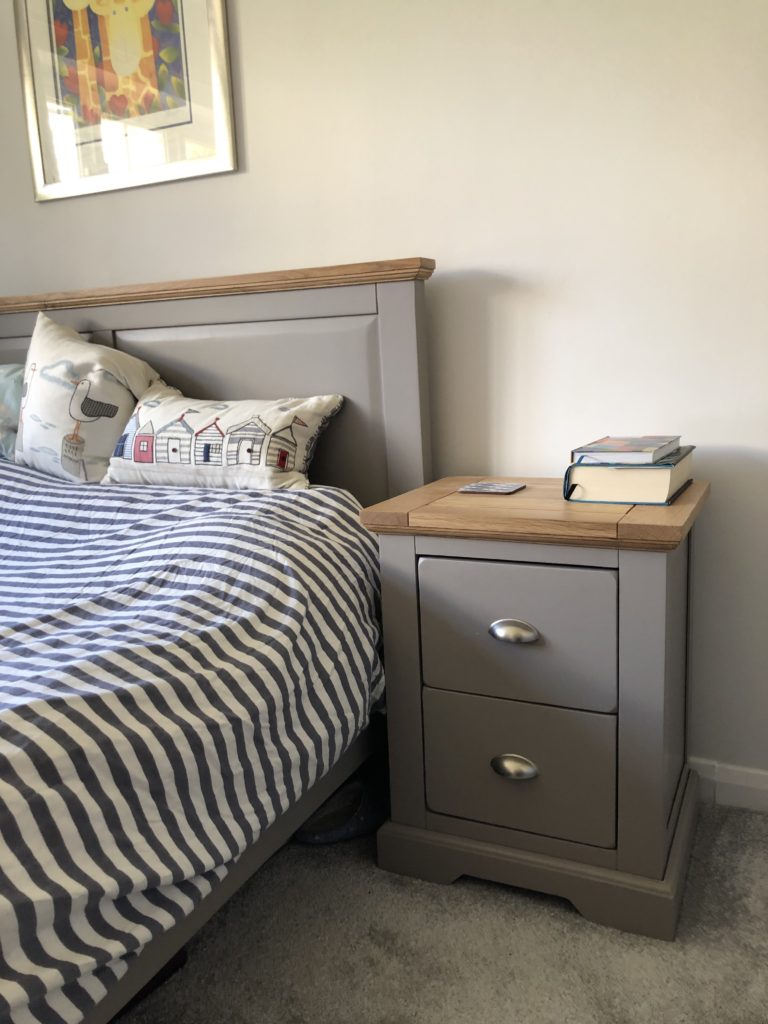 We’re still stuck with lighting from the 80s. The electrician came to give us a quote just before lockdown, so goodness knows when that will be done. We actually bought the lights back in January and now we’re not sure about our choice of ceiling light. We may have made the wrong decision on that. 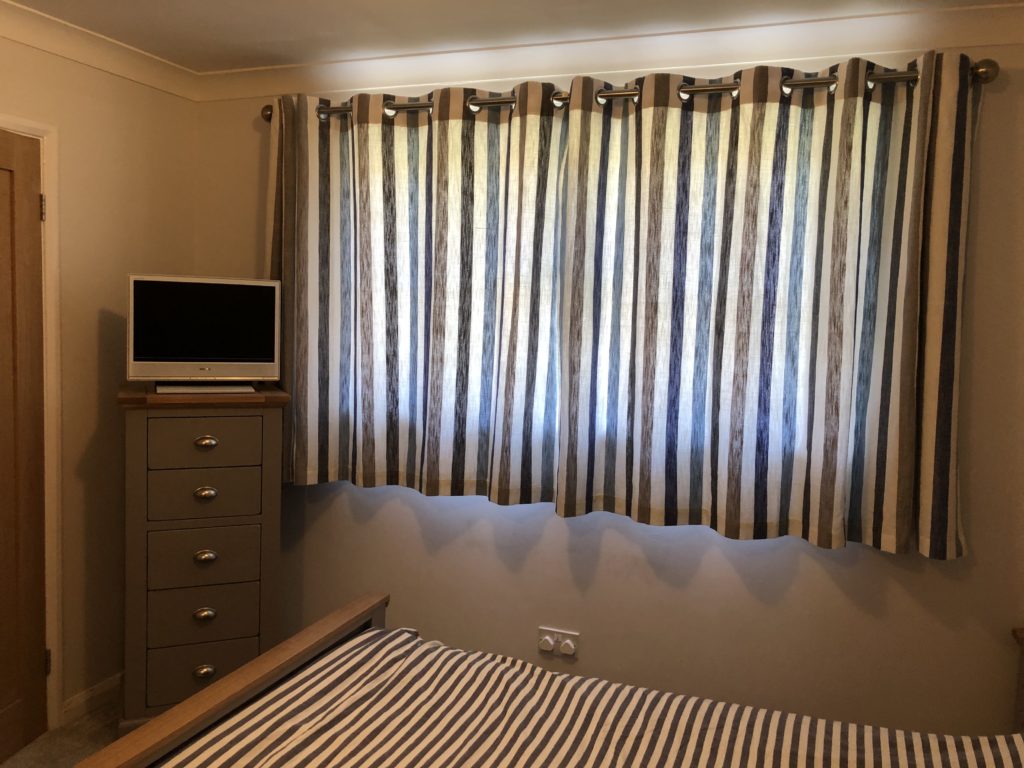 My daughter has decided she wants a lot of our old furniture, so that is good. Some of her old furniture is being used in the spare room and even as storage in the garage, so there hasn’t been as much waste as I’d feared.

The only problem is that my collection of books is already growing again. I just need to pile a few books up by the bed… 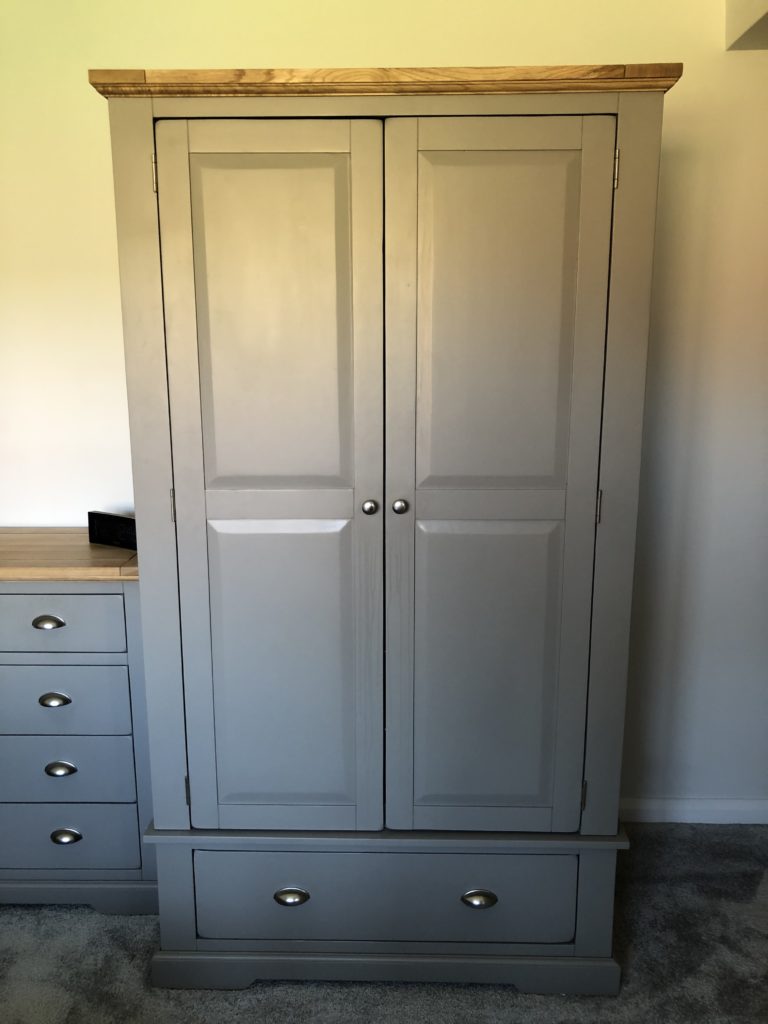