With or Without You by Shari Low

Home » Book Reviews » With or Without You by Shari Low

Generally speaking, I don’t read romantic fiction (with the exception of the Me Before You trilogy), but I read a review of With or Without You many months ago and thought I liked the sound of it. Then I bought the book and kept wondering what I’d done. Why had I bought this pink, girly book?! So I saved it until the summer to read.

A couple of years ago, the realisation hit me that I find it hard to read books over the summer holidays. The kids are under my feet and I don’t have the time to read, or the peace to concentrate on a complicated plot. So last year I made a conscious decision to read easier books over summer.

It was time to read With or Without You!

And I wondered why I had waited so long. Because I loved it.

With or Without You is the story of a married couple, Liv and Nate, and their group of close friends. On the eve of the new millennium, Liv and Nate decide that their six year marriage isn’t working and it’s time to go their separate ways. But at the last minute, Nate changes his mind.

This isn’t a new idea. It’s one of those Sliding Doors-type plots. There are two stories – Liv with Nate and Liv without Nate. The stories are entirely separate and are played out over the course of nearly 20 years – taking Liv, Nate and their friends from their 20s to their 40s. There is a chapter for each year. It’s not exactly the same day, like One Day, but a key event from that year – whether a birthday barbecue or a wedding.

Once the ‘without’ story is over, the ‘with’ story starts. A lot of the events covered are the same in each strand of the story eg the same friend’s birthday barbecue. Some are different because Liv and Nate’s different relationship status means some things just can’t happen. Their decisions don’t just affect their own lives, they affect the lives of those around them. There was only one situation that I felt shouldn’t have been affected by them and I couldn’t see why it was different in the two stories.

The idea of my ‘easy summer reads’ is that it will take me about two weeks to read an uncomplicated book. The reality is that I loved this book so much I read it in six days (most of it in only two days), which is less time than it normally takes me to read a book. 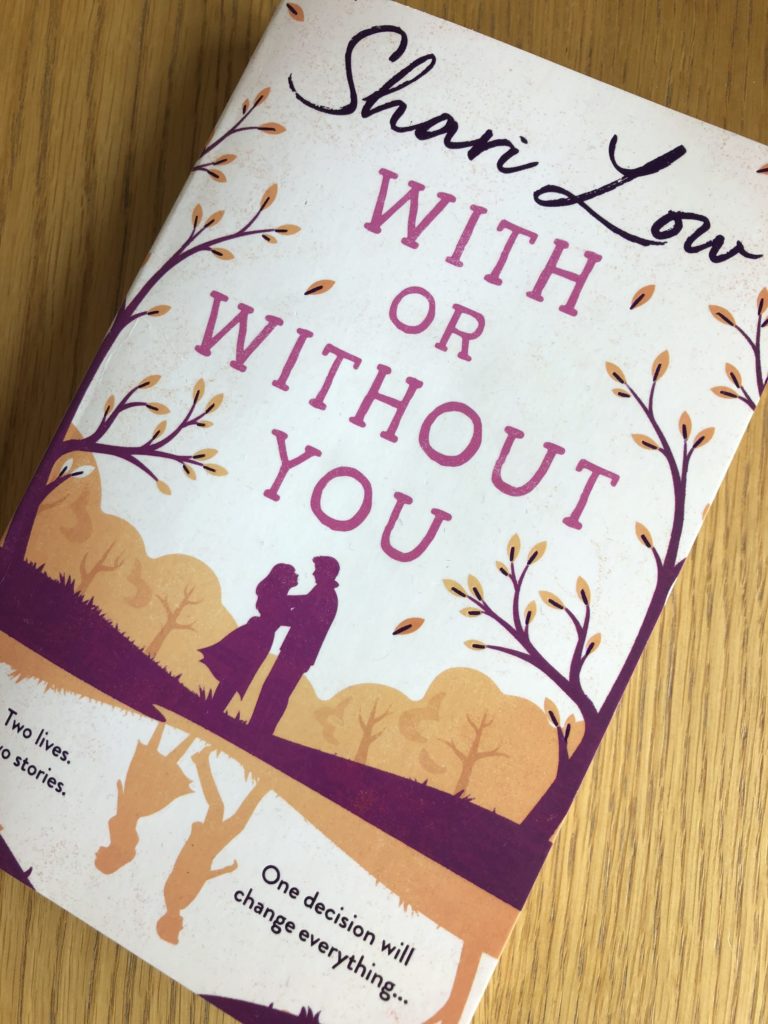