Pieces of Her by Karin Slaughter

Home » Book Reviews » Pieces of Her by Karin Slaughter

Karin Slaughter has written a fair few books, but I’ve never read any before. I picked up Pieces of Her on one of my trips to Sainsbury’s to stock up, just because I liked the sound of it. I wasn’t disappointed.

Pieces of Her is described as a psychological thriller, but to me it’s more like an old school police chase kind of thriller.

Andrea Oliver is 31-years-old, stuck in a job she doesn’t enjoy and living in a small flat in her mother’s garden. Her mother, Laura, is a breast cancer survivor and a well-respected speech pathologist. Together they live very ordinary lives. Until they get caught up in a shooting in a shopping mall. As the bodies fall, Laura steps into the line of fire to save Andy’s life.

And then she does something which Andy can’t believe.

Hours later, Laura is in hospital and her face is all over the media. Suddenly Andy finds herself questioning everything she had ever known about her mother. Now she is on desperate race against time to unearth her mother’s secrets before any more blood is shed.

The story has two threads – Andy’s present day story from the shooting onwards and a story from 1986. I must admit I was initially very confused about the 1986 story and it took me a while to work out how it related to the 2018 story. Once I’d got to grips with it, I preferred the 1986 strand of the story.

If you like your thrillers with a bit more excitement than the average psychological thriller, I would definitely recommend Pieces of Her. I need to look out for more of Karin Slaughter’s novels now. 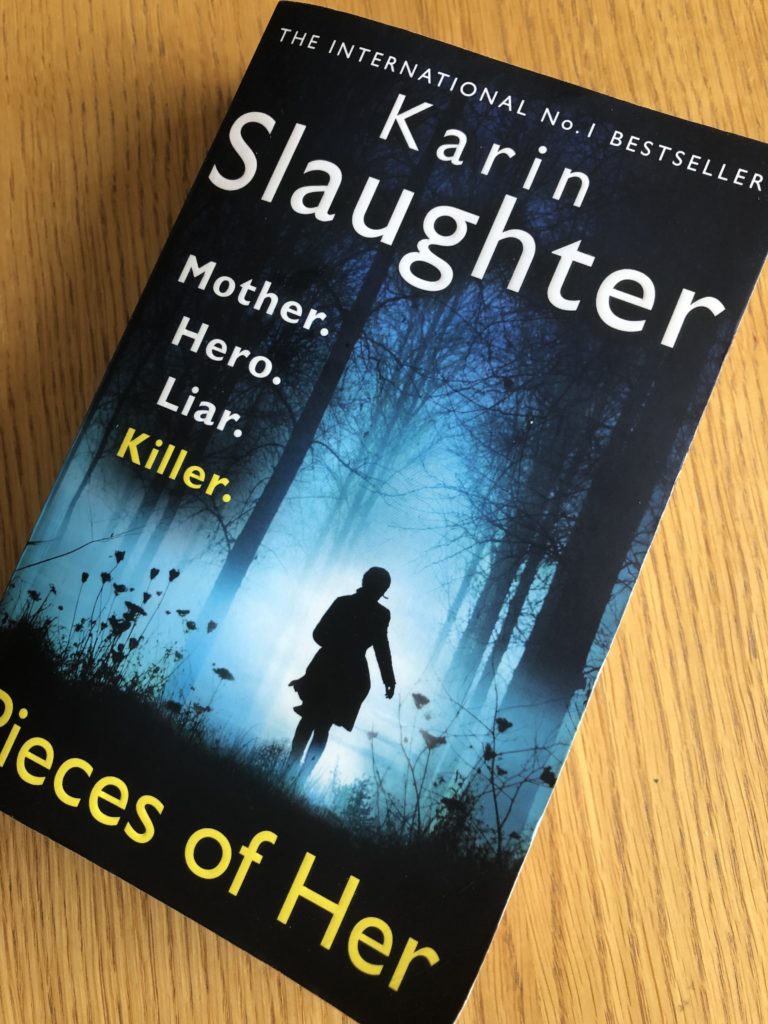