Our Little Lies by Sue Watson

I can’t actually remember when and where I picked up Our Little Lies by Sue Watson. But I know I liked the sound of the blurb, so I thought I would give it a go.

Marianne has a beautiful house and three beautiful children. She is happy to stay at home and cook and clean, while her husband Simon works as a surgeon. Everything seems fine until Simon mentions Caroline, a colleague. Caroline is a young, beautiful and successful surgeon. Marianne is convinced they are having an affair, but is she right? And, by snooping on Caroline, is she playing a dangerous game?

This is Sue Watson’s first psychological thriller. She’s previously written 12 books about love, laughter and cake (I haven’t read any of them), so it is a real change for her. I’ll be honest, I found the first couple of chapters a bit clunky. I felt there was too much information being dropped into conversation and it didn’t seem natural. And all the descriptions of a beautiful kitchen and a perfect life all felt a bit chick-lit.

But that was the plan to draw the reader in. Because this isn’t chick-lit and Marianne’s life is far from perfect, despite the beautiful kitchen.

I soon found myself hooked on Marianne’s life. It was clear that either she or Simon was at fault, but I kept changing my mind about which of them it was. This has shades of two of BA Paris’s books – Behind Closed Doors (officially the scariest book I have ever read) and The Breakdown. It also has a twist at the end I really didn’t see coming. 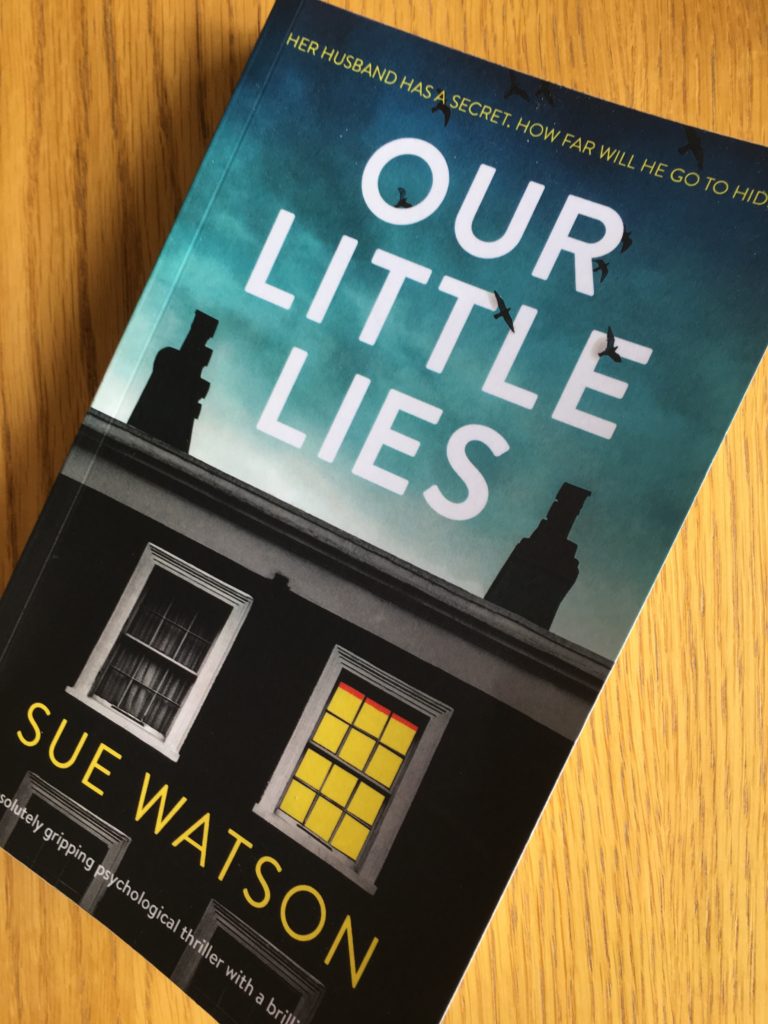