The new athletics season and a new PB

Home » Family » The new athletics season and a new PB

My younger son is a very good rugby and football player, but it’s actually in athletics that he really shines. Unfortunately, he can’t do much athletics training over the winter because of the demands of his football and rugby, but once the athletics season comes round, he gives it his all.

His enthusiasm for athletics knows no bounds and he will happily sacrifice kicking a ball around with his friends at lunchtime to put in extra training. On a school level, he’s an all rounder. In fact, he won his long jump, triple jump and 100m relay at sports day. He came second in 200m and 400m. It was enough for him to win the overall trophy for the year 9 and 10 boys.

But his long jump is a whole other level – it’s at county standard and perhaps even regional standard.

The season didn’t start brilliantly – at his first school competition he qualified for the county competition with a new triple jump PB of 11 metres 80. But he didn’t qualify with his long jump.

Then he did the one-off competition with his club and jumped 5 metres 90. That’s way above the qualifying standard for the county competition and smashed his PB of 5 metres 53.

At the start of the year, he had to set manageable targets, but targets that he would have to work for, for his GCSE PE. The dream has always been 6 metres, but he decided to be realistic and set a target of 5 metres 80. That’s still a very good standard for a boy of his age.

He has qualified for the regional round of another school competition without even jumping. Unfortunately he, along with several of the other athletes, was away on a geography field trip for the first round. But his school did enough to win it and they will bring the big guns out for the next round.

The age groups in athletics are a bit odd. In football and rugby, he is under 15. Even though he actually is 15. They align with the school years, so ‘under 15’ just means the school year you turn 15. In athletics, under 15 means UNDER 15. They only have categories every two years, so at 15, he is in the under 17 category – years 10 and 11 at school. To complicate matters further, in school competition, they lump year 10 in with year 9.

Anyway, I digress. Last weekend, I went to see my son in a league competition with his club.

It was a long way away in Wales and there was a temptation not to go. I won’t drive that far, so my husband had to drive. Me going along also meant my daughter going along, which meant a long day out for all of us.

I’m so glad that we went. 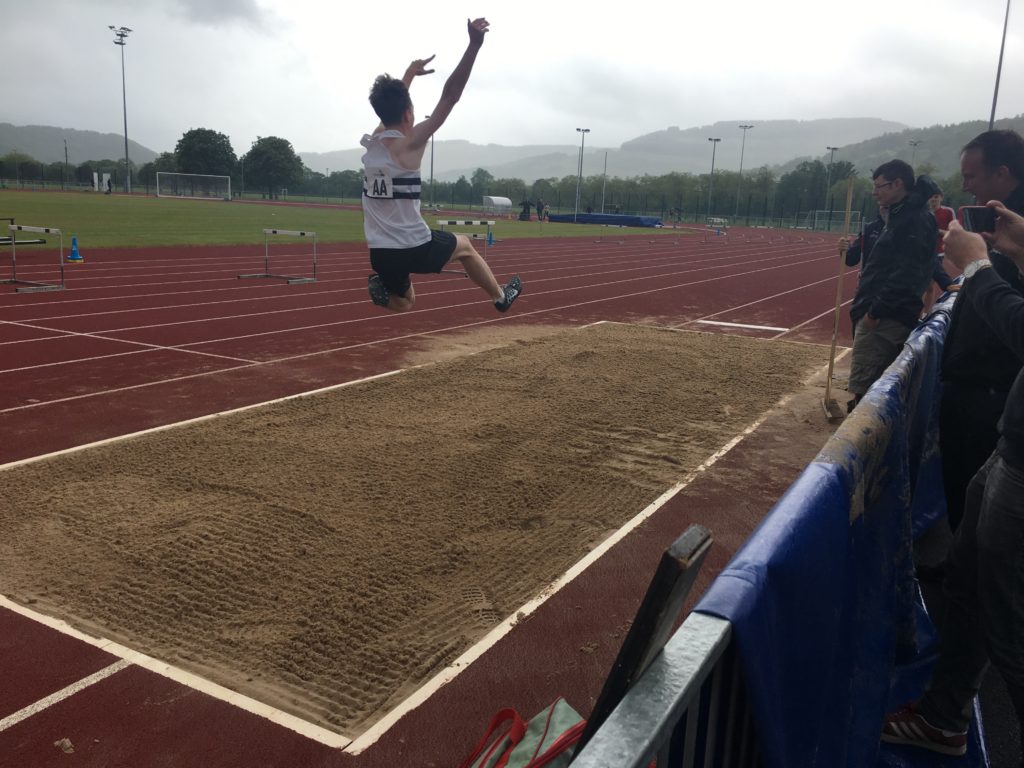 Long jump was the first event of the day. There were two boys from my son’s club competing in under 17 and one competing in under 20 (year 12, 13 and the year after they leave school). They have an ‘A’ and a ‘B’ competitor. I’m not really sure if that affects the scoring in any way, but the A competitor is the one they expect to do best. My son was the B, despite having a better PB than the A. He set himself the target of beating the A.

There were about 12 boys in the competition, from six different clubs.

My son jumped 5 metres 78 in the first round, a strong start. At the end of the first round, he was winning. Even beating the boy at under20s. There were two more rounds to go, but I could hardly contain my excitement.

The boy at under 20s finally jumped further than him, but that didn’t actually matter, as they weren’t in competition with each other.

He jumped 5 metres 88 on his third jump. Very consistent. And still winning.

The top three competitors got to jump three more times. But it turns out nobody else had reached the qualifying standard for three more jumps. So only my son did the extra jumps.

On his fourth jump, he got 5 metres 99. So close! I allowed myself a cheer. I wasn’t going to upset any other boys or parents by ‘showing off’ and everybody can appreciate that 6 metres is a huge milestone.

On his fifth jump, he did it! 6 metres 2 centimetres. That was worthy of an even bigger cheer. He rounded it off with a ‘modest’ 5 metres 96.

His first competition win (he usually comes second to one particular boy) and a massive PB. He has also reached the qualifying standard for the regional competition. So even if he doesn’t reach that distance again at the county competition, his result should be able to be used so that he can qualify.

In triple jump, he failed to beat his PB, but came second with a respectable 11 metres 66. And his team came second in the relay. He ran third and brought the team up from fourth place to third place, before the last runner brought them up to second.

It’s been a very successful start to the new athletics season. 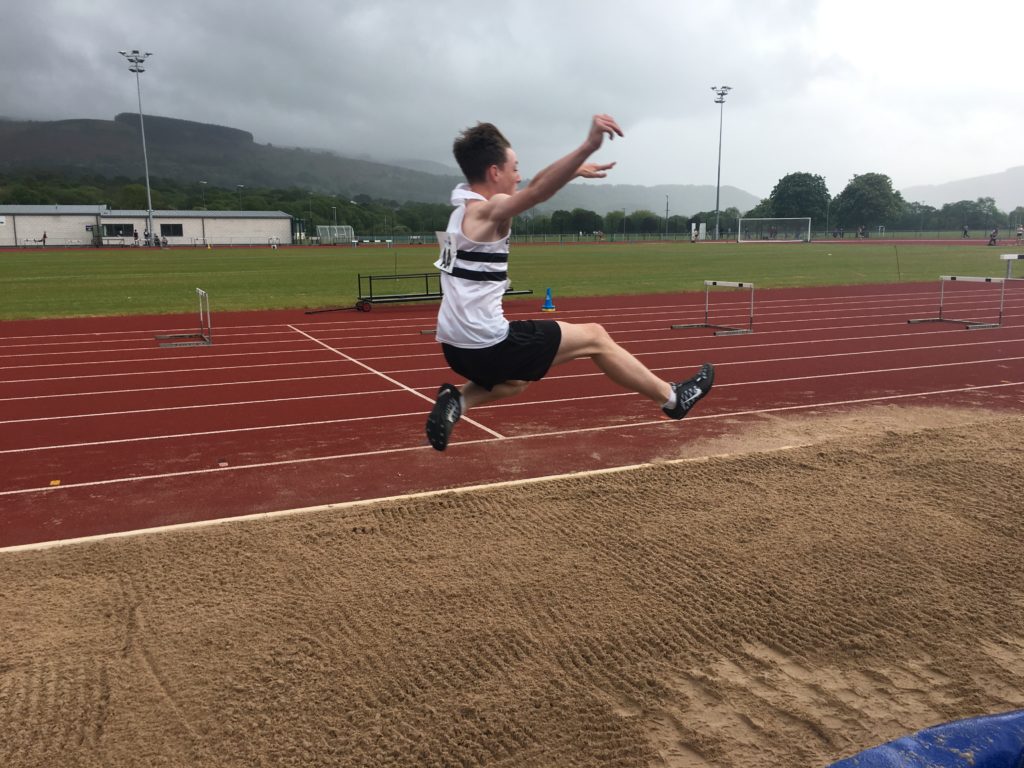