Then my kids went and smashed it

Home » Family » Then my kids went and smashed it

I haven’t blogged as much about my kids lately. Now they’re all teenagers, I have to be respectful of the fact that a lot of the thing they do aren’t mine to share. But I started this blog as an online record of our lives and of things I want to remember. And sometimes they just go and smash it and I have to share.

I have two talented kids (before you jump on me about the third one, he is talented too, but in less quantifiable ways). My daughter is a brilliant dancer and my son is an amazing sportsman (apart from also being insanely intelligent).

My son has spent the winter playing football for his club team and his school team – scoring goals, but losing a lot of games. He’s also played rugby for his school and trained with an elite bunch of rugby players. He has wanted to keep up with his athletics, but it has been difficult and he has let it slide. You can’t go and train for long jump if you’re knackered from playing rugby. But the football and rugby seasons are finally over and he can focus on athletics.

How would he get on in his track events on the second day? I was stalking the school’s Twitter for any clues, but they weren’t posting.

He used his slightly miserable voice: ‘OK. I came second in 400m and 200m.’ (That’s pretty good on top of the wins in long jump and triple jump.)

Then his voice changed: ‘But it was good enough to get THIS!’ and he got the trophy out of his bag with a flourish.

His team had one the 100m relay too. Three wins and two seconds isn’t bad for sports day, is it?

On the same day, my daughter had the school talent show. She’d choreographed a complete ballet/ contemporary routine to Lewis Capaldi’s Someone You Love. It was very good and she’d worked very hard on it.

There were 16 acts in the talent show – singers, musicians and dancers – in all year groups. It was judged by two teachers.

And my daughter only went and won it!

I’m so proud of them both. They totally smashed it. And all that in only one day. I have no idea where they get their talent from, because it definitely isn’t from me! 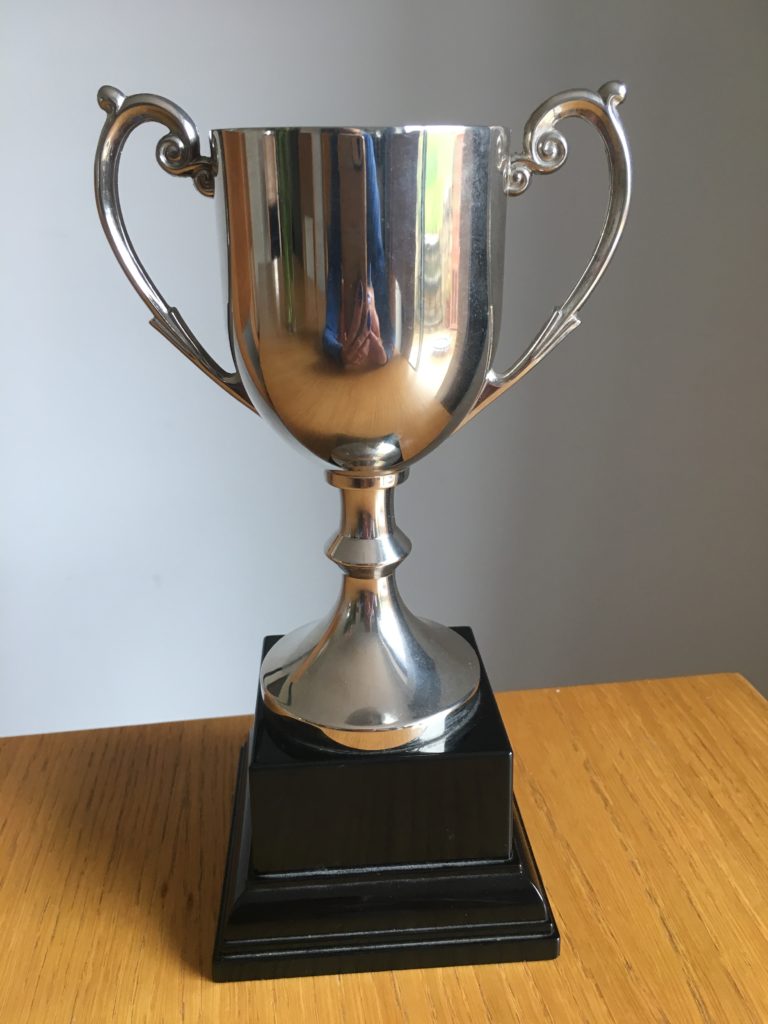