The Breakdown by B A Paris

Home » Book Reviews » The Breakdown by B A Paris

I read Behind Closed Doors by B A Paris last year. It was a gripping read and a good story, but truly the scariest book I’d ever read. Was I ready for another B A Paris? I picked The Breakdown up a few months ago, but it took me a while to actually take the plunge and read it.

On a stormy night, Cass Anderson sees a woman stranded in her car at the side of the road. She didn’t stop to see if the woman was OK and the next morning she found out that she had been found dead in her car, exactly where Cass had seen her.

Cass is plagued by thoughts that she could have done something to help. But she doesn’t tell the police, her husband or her best friend that she was there as she feels so guilty. And in the meantime, the silent phone calls begin. She becomes convinced that the murderer saw her and that she will be the next victim.

She is also convinced she has early onset dementia, like her mum did, and is getting more and more forgetful. She doesn’t remember ordering the alarm for the house, how many pills she took or whether or not she saw a really big knife in the kitchen.

In the weeks following the murder, Cass’s life spirals out of control. Will the murderer ever get caught and will Cass ever get back on track?

I loved the last third of the book and read it all in one sitting as everything started to fall into place. I’d actually worked out who was making the anonymous calls, but had no idea who the murderer was, so there were plenty of surprising plot twists to keep me interested.

If you like a psychological thriller, you won’t be disappointed by The Breakdown. 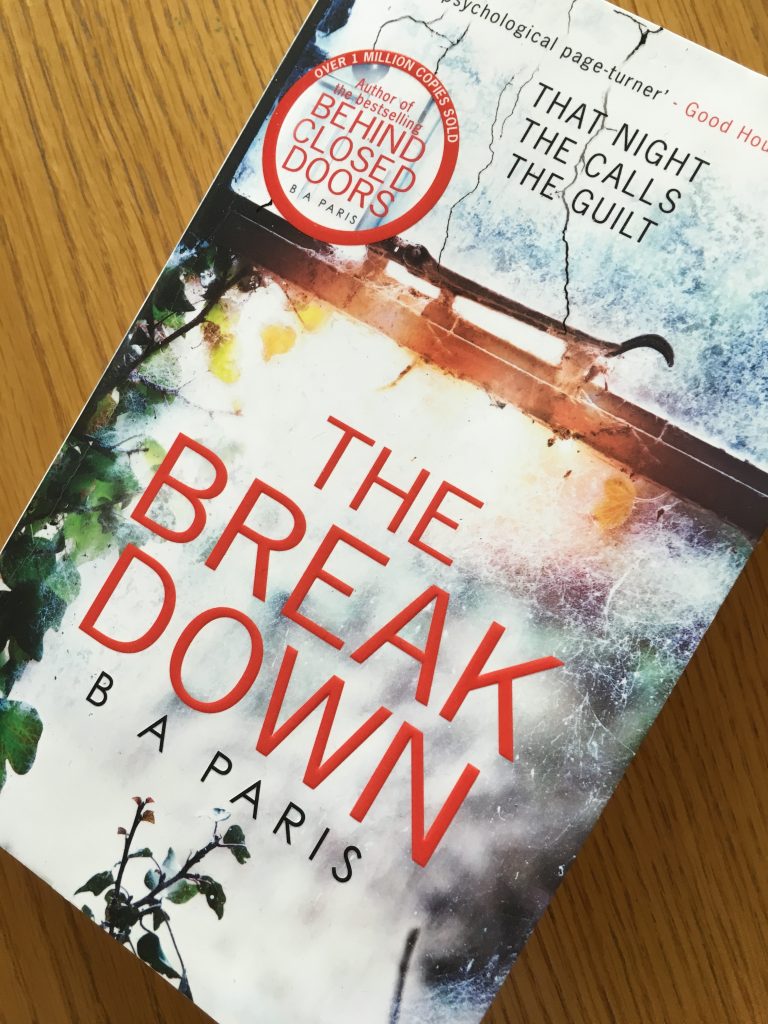