Why I wear a Contra running top

Home » Family » Why I wear a Contra running top

I’ve said before that, for a runner, I have surprisingly little running kit. For me, running isn’t a fashion show. It’s just running. I don’t care what I look like when I run and if anyone else cares what I look like, that’s their problem, not mine. I replace my kit only when I need to because it’s worn out.

In all the years I’ve been running, I’ve only ever had ONE long sleeved running top. It’s the very first piece of proper running kit I got (having previously spent over 15 years running in old T-shirts and jogging bottoms). And it’s still in immaculate condition, over eight years later. The lettering hasn’t even started to peel. But when you’re running four or five times a week and it’s a mild winter (TMI alert – you sweat and smell more), one running top isn’t really enough.

So I had to bite the bullet and buy a new running top. 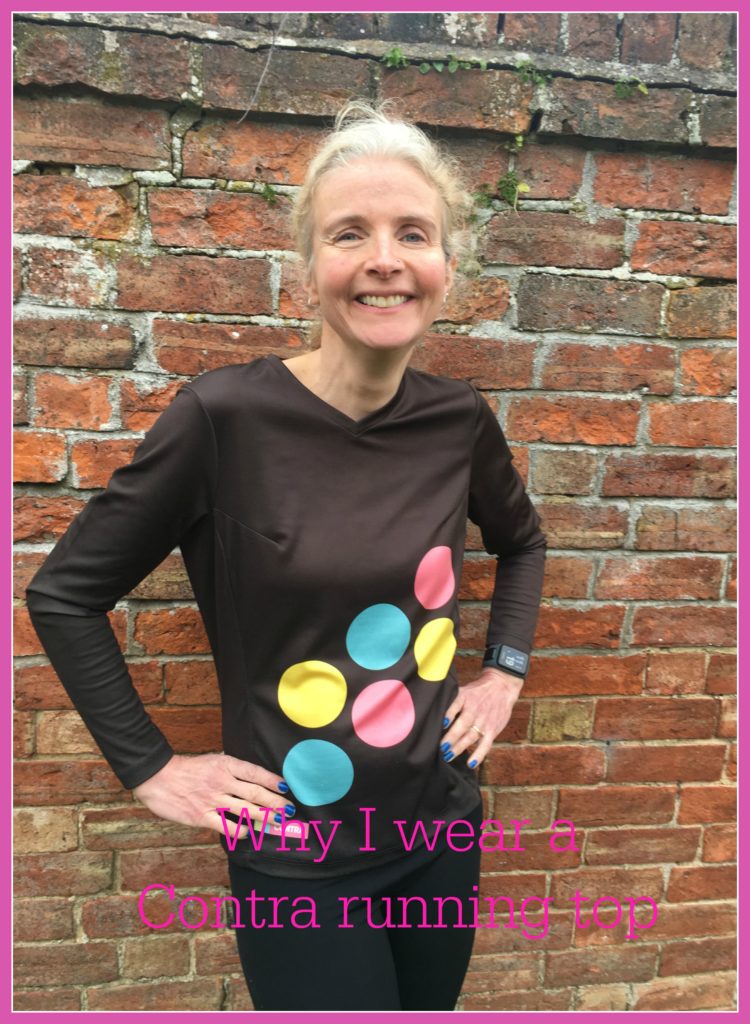 Instead, I got a Contra running top.

You’ve probably never heard of Contra, so I’ll tell you a bit about it and why I wanted to wear one of their tops.

Contra is an ethical sports brand. It was started by parkrun founder, Paul Sinton-Hewett. The reason he wanted to create his own sports brand was because he felt that existing sports brands were excluding the very people who needed sportswear – women over a size 14 and men over a large. If you go to a sports shops, the women’s sizes normally go from a 6 to a 14. Of course fashion shops and supermarkets do their own sportswear too, but even they don’t often go above an 18. So people who may want to exercise are being held back, simply because they can’t get clothes to fit.

Contra womenswear goes from a size 6 to a size 26 (known as B to K). Menswear goes from XS to XXXXXL. And if you look at the Contra website, you won’t see skinny, traditionally sporty types advertising the products. You will see women with big boobs and hips and men with bellies.

But that’s not all… Contra sportswear is manufactured in Europe, in factories which pay a fair wage to their workers.

Of course the women’s stuff is pink and the men’s is navy, right? Wrong!

All of the products are identical, for men and women. Colours include black, turquoise, blue and, my own personal favourite (because I can never resist something a bit quirky) – spotty. The only difference between the men’s and women’s products is the shape and size of them. The range of products includes leggings, T-shirts, vests and hoodies.

Parkrun is free to take part and that is just one of the reasons why it is so amazing, but of course there are running costs. Knowing that Contra is putting money in and supporting parkrun is all the more reason for me to wear it with pride.

In case, you’re wondering, my top is very comfy. It’s a size C (8) and there’s plenty of room in it. My one tiny complaint is that the cost of postage is quite high, but that’s only a very small complaint. Next time I need some new running kit, I’ll be going back to Contra. 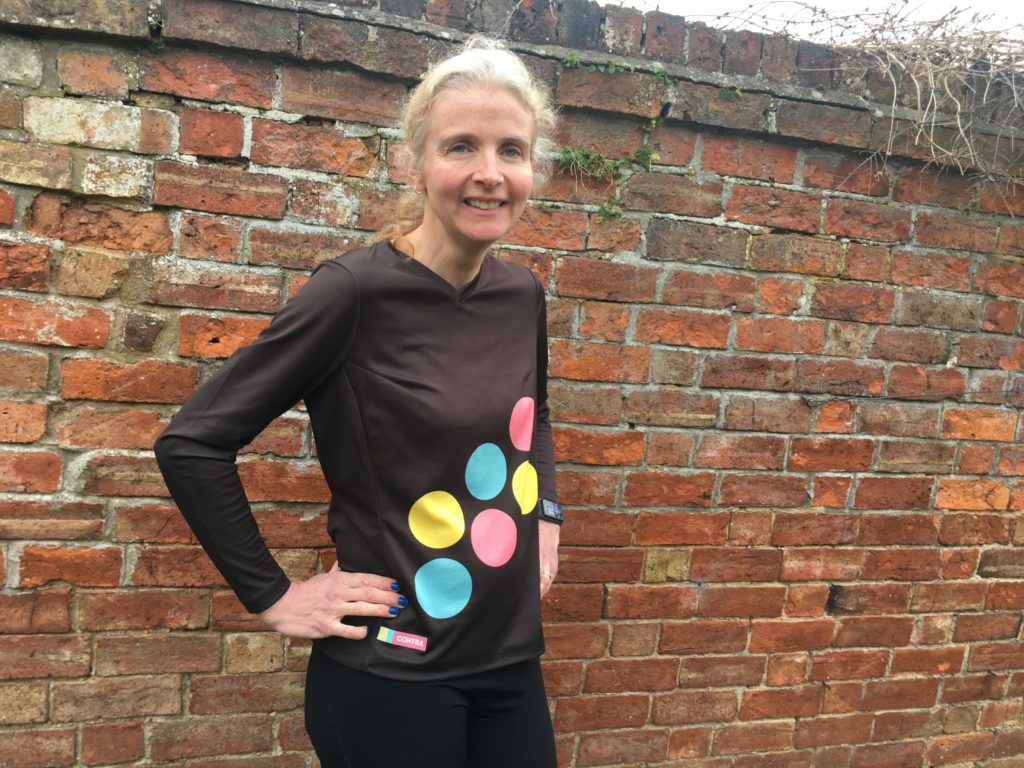