I absolutely loved Two Little Girls by Kate Medina. What I hadn’t realised when I bought it, was that it was the third part of a series of novels about psychologist Dr Jessie Flynn. I loved it so much that I knew I had to go back and read the first two books in the series. Fire Damage is the first Jessie Flynn book.

Jessie is an army psychologist who is working with a very troubled four-year-old boy, the son of a major. To get to the bottom of the child’s problems, she needs to talk to his family, but they don’t want to talk to her. What is the secret they are trying to hide? Can Jessie really help the little boy?

Elsewhere, her former patient Captain Ben Callan, asks for her help in investigating a mysterious and violent death. Two soldiers went out to get some exercise on a hot day in Afghanistan, but only one of them made it home.

Then a badly damaged corpse is washed up on the coast. Is there a link between all of the cases? And can Jessie get to the bottom of it?

Fire Damage gives more of the back story about Jessie and her family, her relationship with her mother and Jessie’s own health problems. It also introduces us to Callan and DI Bobby ‘Marilyn’ Simmons, who become prominent characters in the series. I didn’t feel I needed all of this back story when I read Two Little Girls, but it was still nice to fill in the gaps. Obviously it makes sense to read a series in order, but I’ve read plenty of series out of order (particularly Jo Nesbo’s Harry Hole books).

It took me slightly longer to get into Fire Damage, than it did to get into Two Little Girls, but once I did, I absolutely loved it. It’s a real page turner, with likeable characters, and I was as desperate to get to the bottom of the various mysteries as Jessie was.

If you enjoy a psychological thriller, I would definitely recommend Fire Damage and the Jessie Flynn series. 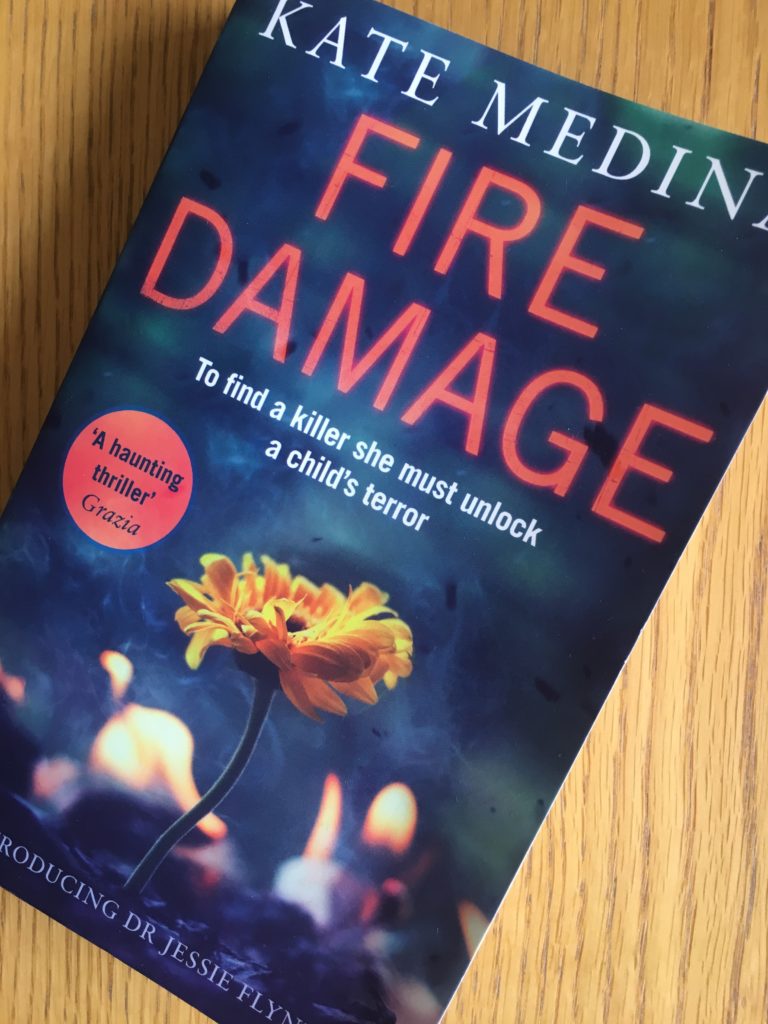