We’re now into the second half of the school year and GCSEs and A Levels are getting ever closer. I can’t believe that my own son will actually be leaving school for good soon. Although it does seem a long time since he started, the 14 years from tiny boy to very nearly adult have gone pretty quickly.

When he leaves school, I really hope he will actually get his leavers’ hoodie this time. In fact, I will pay for his leavers’ hoodie and order it myself to ensure he does! We actually have very few mementos of his secondary school days. He only had a handful of school photos taken at secondary school and I didn’t buy a single one. Sadly, he looked dreadful in all of them (and that was his view more than mine). We’ve got a year 11 whole year photo and a whole school photo from year 12 and that’s it. He had a year 13 whole year photo taken the other day, so I’m hoping that will be a good one. 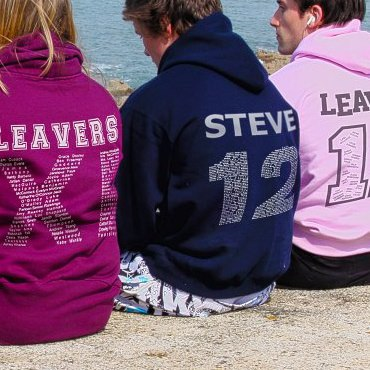 My son didn’t get his year 11 leavers’ hoodie. He didn’t want it. He wasn’t that happy at his old school, so I respected his decision. My daughter didn’t just get her hoodie in year 6, she got a leavers’ Tshirt too.

Now my son is at a school where he is much happier. He has really thrived there, socially if not academically. He has spent a year as house captain and has played in both the rugby and football teams, something he could never have done at his old school. He is popular and will have good memories of his 6th form years. And that’s why I want him to actually get his leavers’ hoodie this time.

Leavers’ hoodies give a sense of belonging to the school and the school community. They are a reminder of a key time in your life, even years after you’ve left. That list of names on the back will mean you don’t forget anyone from your year – even if sometimes you do have to think quite hard. The memories that stand out will usually be the funny ones – oh yes, she was the one who fell off the stage, who fell flat on her face in a netball final or who always used to giggle loudly in the library.

I’ve actually noticed a growing trend for kids getting their leavers’ hoodies right at the start of the school year, so they have that feeling of being a ‘leaver’ and that connection with their community for the whole of year 6, year 11 or year 13.

Leavers’ hoodies, like the school photos we don’t have, are a tangible memory of our school days. They can be kept forever, something to look back on and reminisce. Because school days are supposed to be the best days of your lives, right?

And let’s not forget the most important thing of all about all hoodies. They’re warm and comfortable. They’re the best thing to put on when you’re cold, when you’re in a hurry or when you’re relaxing at home. And if your warmest, most comfortable item of clothing also has memories of your classmates on it, that’s even better, right?

What do you think of the tradition of the leavers’ hoodie? 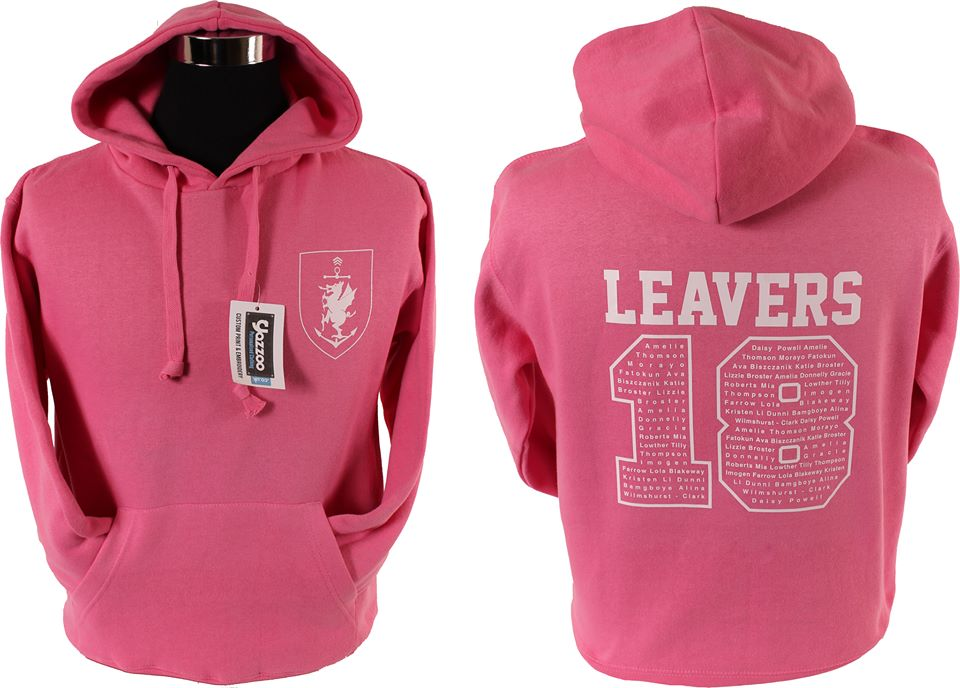