I’m nearly five years into parenting teenagers. I now have three teenagers – one of them nearly an adult, one who is 15 and a half and one who is just 13. I’ll be honest, I’ve been pretty lucky with them. Yes, they can be stubborn sods. They argue with each other too much. They’re a nightmare to get out of bed. They go to bed too late and one of them is very, very untidy.

BUT they don’t argue with me or have strops. They don’t smoke or do drugs. We’ve had no issues with the police. No issues with sex. None of them have any mental health problems.

OK, so I still have six more years to go before I complete my teenage parenting journey, but so far I have come off very lightly.

But there is one thing I do struggle with – parties, going out and alcohol.

Again, I guess I’m lucky that this issue only reared its ugly head in 6th form. And, again, it could be a lot worse than it is. But I myself have two problems that make the whole issue of alcohol much harder to deal with – I am a lifelong teetotaller myself and I have emetophobia, an irrational fear of vomiting. With teenagers, alcohol and vomiting often go hand in hand.

It was only around the time of my son’s 17th birthday last year that I even discovered that he does drink. Sadly he drinks vodka, which to me is many shades of wrong. I don’t like any drinking at all, but surely beer would be way more sensible? On the plus side, I’ve never actually seen him drunk, so he is either reasonably sensible with his vodka, or he only gets drunk when he is staying over at friends’ houses. 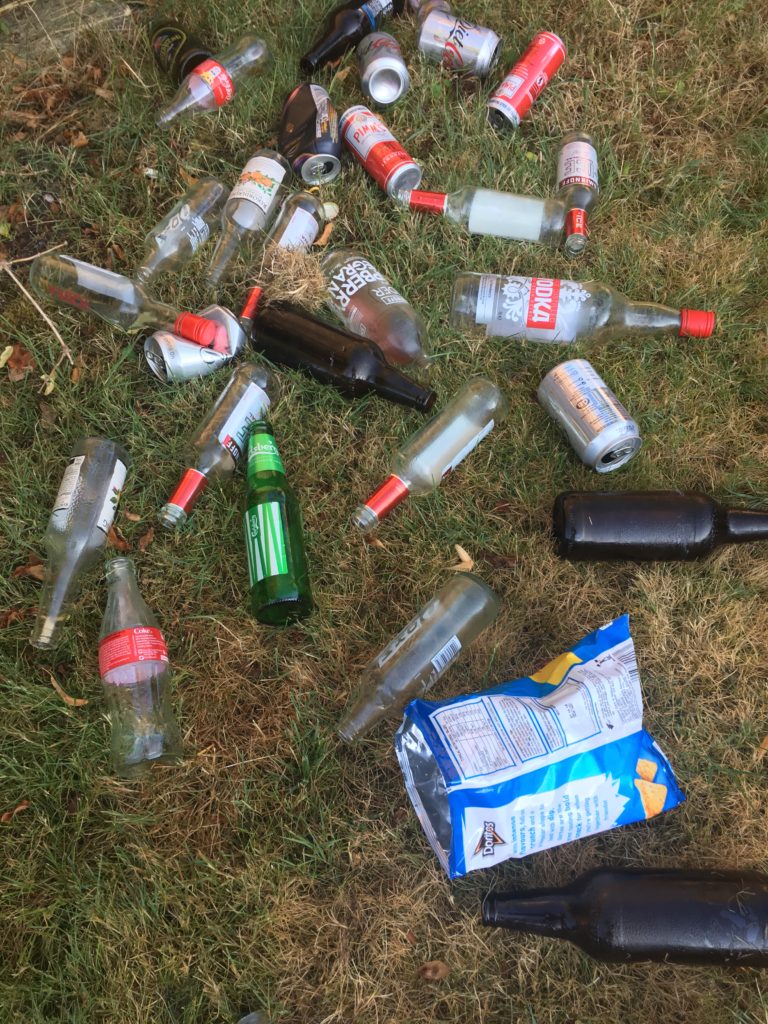 The 17th birthday parties have merged into the 18th birthday parties. There are entire weekends when we hardly see my son. He goes to parties straight after school, stays over with a friend, goes to work and then maybe goes to yet another party the following night. Remarkably, he has never been late for work.

But I can’t help worrying about him. Sometimes he says he’s going to come home, but then fails to come home. And fails to text. I’m always 99% certain that he’s at a friend’s house, but there’s always that 1% of uncertainty that maybe he isn’t. That the first I’ll hear is a knock on the door from the police to tell me he’s in hospital or worse.

Of course he doesn’t see what I worry about, because it’s obvious that he’s staying over with a friend, obvious he’s fine. But how am I supposed to know that if he doesn’t send me a message?

But there’s also a part of me that is glad he stays away. In case he’s sick. And also so he doesn’t wake me. Because if he wakes me at 3 or 4am, I’m not going back to sleep. And sleep is way too important to sacrifice.

My younger son is only in year 10, so thank goodness I won’t have to think about this for a couple more years for him, right?

The other day, most of the year group went to a party at a girl’s house. And there was alcohol supplied. I worried about this party a lot. I made myself feel very down about the whole thing.

Unlike his brother, my younger son does like beer and my husband (against my own wishes) thought it would be sensible to give my son two beers to take with him. He would drink those two beers and no more. Definitely no spirits.

It turns out there wasn’t just beer available at this 15 year old’s birthday party, there was vodka too. One boy was very ill, very quickly. I’m proud of my son for looking after him. Not so proud of him for having more than his allocation of beer and having some of the vodka.

Something tells me my younger son may prove to be more of a challenge with alcohol and parties, and I’m not ready for that.

Oh, and my eldest wants an 18th birthday party. Not a nice, organised one with his family there, but a piss-up in the garden like last year. All those teenagers, all that alcohol, all that potential for people being sick.

I KNOW I’ve got off lightly with my teenagers, but for me this is definitely my biggest parenting struggle since they were tiny.