We had a teenage party

Home » Family » We had a teenage party

I’m not sure why my son wanted a party for his 17th birthday. Neither of my boys have been interested in doing much for their birthdays for a few years now. Maybe it’s because he’s so much happier and more settled at his new school. Or maybe it’s because he’s seen others have them. But, either way, my son was determined to have a teenage party in the garden.

And I was not keen.

Before you think I’m brave etc, I’m really not. I can’t tell you how much I didn’t want that party and how many times I said I didn’t want him to have it. But my husband was very supportive of the idea. The party was going to happen.

I have two big problems with a teenage party. I am teetotal and have a phobia of vomiting (emetophobia) – not just me vomiting, but anyone else. I didn’t know what the situation with alcohol is at a 17 year old’s party. As far as I’m concerned, they’re under 18, they’re still children and they shouldn’t be drinking. But I do know that as a teetotaller my opinions are slightly different from other people’s. I don’t know what the kids’ parents would think about us allowing them to drink in our garden. The whole thing was stressing me out.

Whenever we asked my son what was going to happen at this party, he didn’t really say. His only involvement in organising it was inviting people. Did he went any food? What drink did he want? He wasn’t very forthcoming. So the whole party was basically organised on the morning.

My husband and son went out to buy drinks, pizza and crisps. My son had said his friends like cider with fruit flavours, so my husband bought some of that and some Carlsberg, plus Coke and Sprite. He bought enough for two alcoholic drinks per guest. 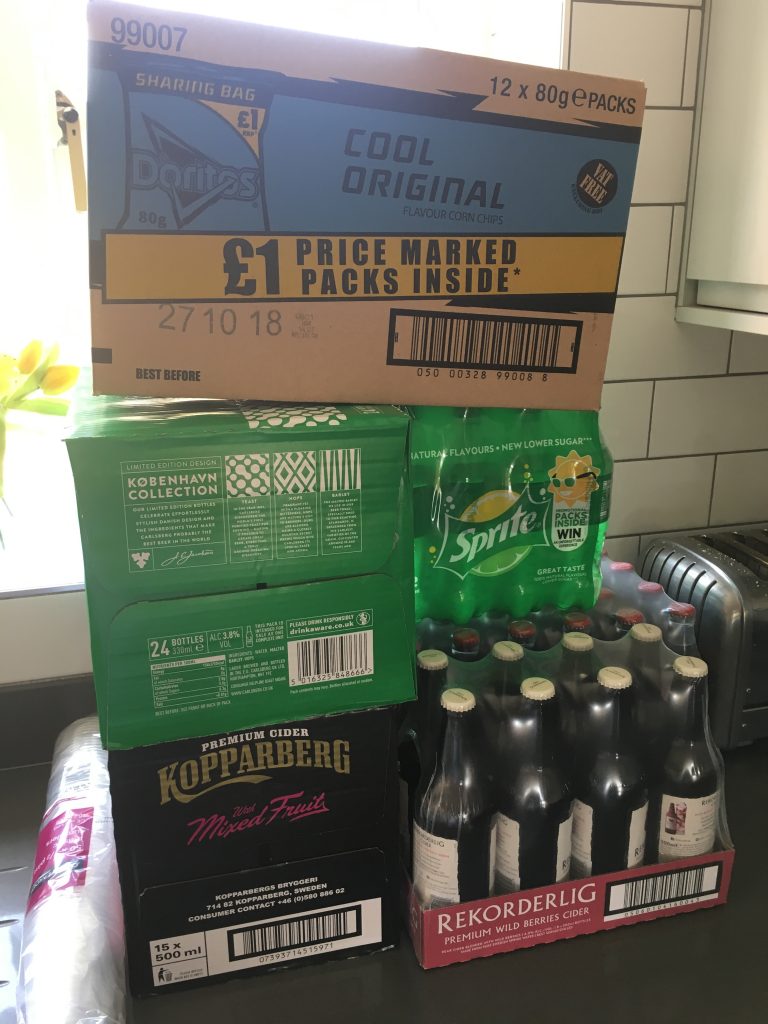 The guests were nearly all girls, as he is at a girls’ school and spends most of his time with girls. He’d asked a handful of boys, but only two could go – one from school and one who didn’t know any of the others. The guests all started arriving and, within seconds, I saw a girl drinking a nasty blue liquid from a glass bottle. So they were definitely going to be drinking then…

In the end, there were about 25 teenagers in our garden. And, the noise! (Don’t worry, we’d let the neighbours know in advance and they’d been fine about it.) The younger two kids were out earlier in the evening and my husband and I made ourselves scarce for a while, but we were all home from about 9.30.

And I hated it. I felt like I was in a goldfish bowl. I didn’t know where to go and the noise was horrendous. We ended up hanging out in my daughter’s bedroom and the spare room.

There was a constant stream of teenagers in and out for the toilet. They were very good at just using the downstairs toilet, although being the worrier I am, I worried that if they were having to queue and someone felt sick that it could have ended in disaster. Luckily it didn’t.

At 10pm, the noise suddenly stopped. My son actually texted me (this never happens) to inform me that he’d taken them all to the park to calm down. Luckily there are no houses too close to the park!

They were gone about 45 minutes, and it was lovely, but then the noise was back. We told them to turn the music down at 11pm, which they did.

I then gave up and went to bed – in the spare room, which was more removed from the noise. I got to sleep OK, but was woken at 3 by endless kids going to the toilet. I started worrying again about kids being sick and kids collapsing, but I eventually got back to sleep.

When I got up at 6, I found one teenager asleep on the settee and one sat wide awake on the settee. A few had gone home between 11.30 and 12, but most of them were camped in the garden. The garden was littered with empty bottles, including a vodka bottle (everyone I’d talked to about teenage parties had advised me to make sure they didn’t have spirits). There were also magpies and seagulls feasting on the leftover pizza and crisps.

I went running before most of them were up and got back to find girls tidying the garden, wiping the kitchen down and putting their make-up on. You would never have guessed any of them had been up late drinking. I was just so glad it was all over. Apparently someone was sick, but not until the morning when I was out running, and in the toilet, thank goodness!

It was far from the best experience of my life. There were times when I really hated it, but it could have been a lot worse. We survived our first teenage party! I would be very happy if it was our last… 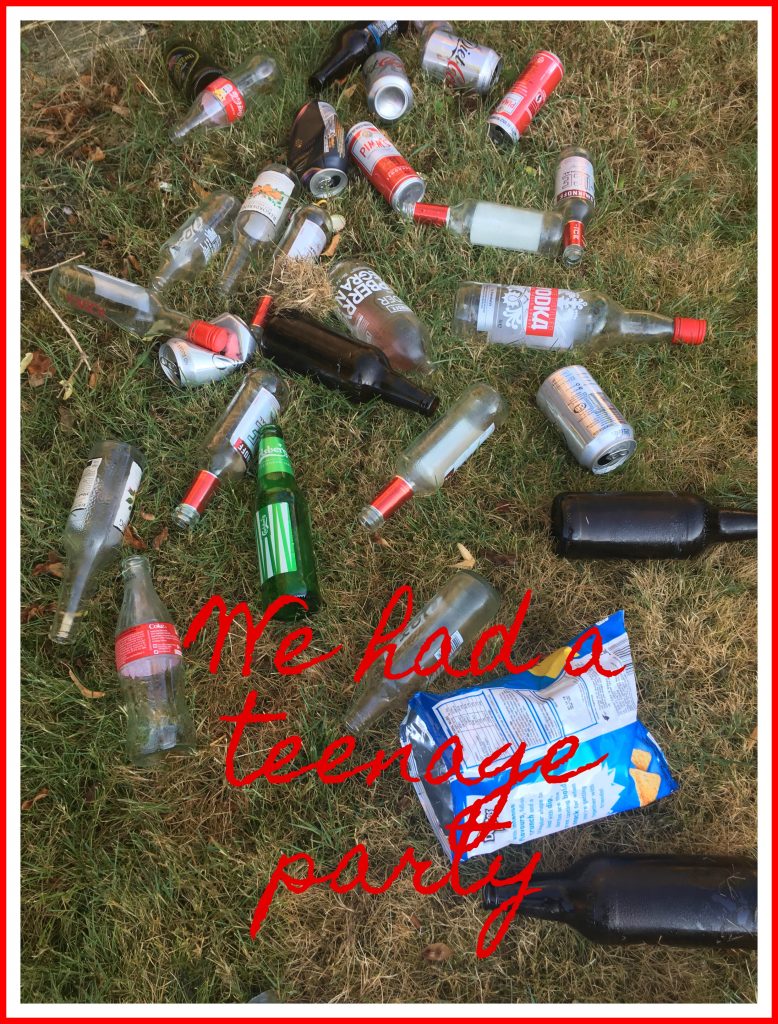