The Colour of Bee Larkham’s Murder by Sarah J Harris

As soon as I read a review of The Colour of Bee Larkham’s Murder by Sarah J Harris, I just knew I had to read it. The reviewer said it had the same quirkiness and warmth of Eleanor Oliphant. And, like most people, I really, really love Eleanor Oliphant. So it was straight on to Waterstones click and collect (I like to support the local high street rather than throw all my hard earned cash at Amazon).

And The Colour of Bee Larkham’s Murder was every bit as good as I’d hoped it would be.

It is the story of 13 year old Jasper. Like Eleanor Oliphant and Christopher in The Curious Incident of the Dog in the Night Time, Jasper is an unusual character. Jasper, who narrates the whole book, doesn’t see the world like we do. He experiences sounds as colours and can’t recognise faces, not even his own. Sometimes the colours all get too much for him and he has to hide away in his den. He paints the colours he feels to make sense of the world.

Jasper loves nothing more than his mum and the colour cobalt blue. But then Bee Larkham moves in over the road and brings new colour into his life. While Bee’s noise and rebellious behaviour annoy the other adults in the street, Jasper is fascinated by her. And it seems Bee is fascinated by Jasper too. They become friends and Jasper would do anything for both Bee and the parakeets in her garden.

The story starts with Jasper and his father at the police station, following the murder of Bee Larkham. It then goes back in time to Jasper’s friendship with Bee, as he tries to piece together the clues to her murder. Through painting the colours, can Jasper work out what really happened to the woman who was his friend 95.7% of the time?

The Colour of Bee Larkham’s Murder is a stunning read and Jasper is an incredible character. I am in awe of how Sarah J Harris came up with quite so many different colours to describe the things that Jasper experiences. Whether you’re into mysteries or stories about love, or whatever genre of book you’re into, I can’t recommend The Colour of Bee Larkham’s Murder highly enough.

It really does deserve to be the next Eleanor Oliphant. 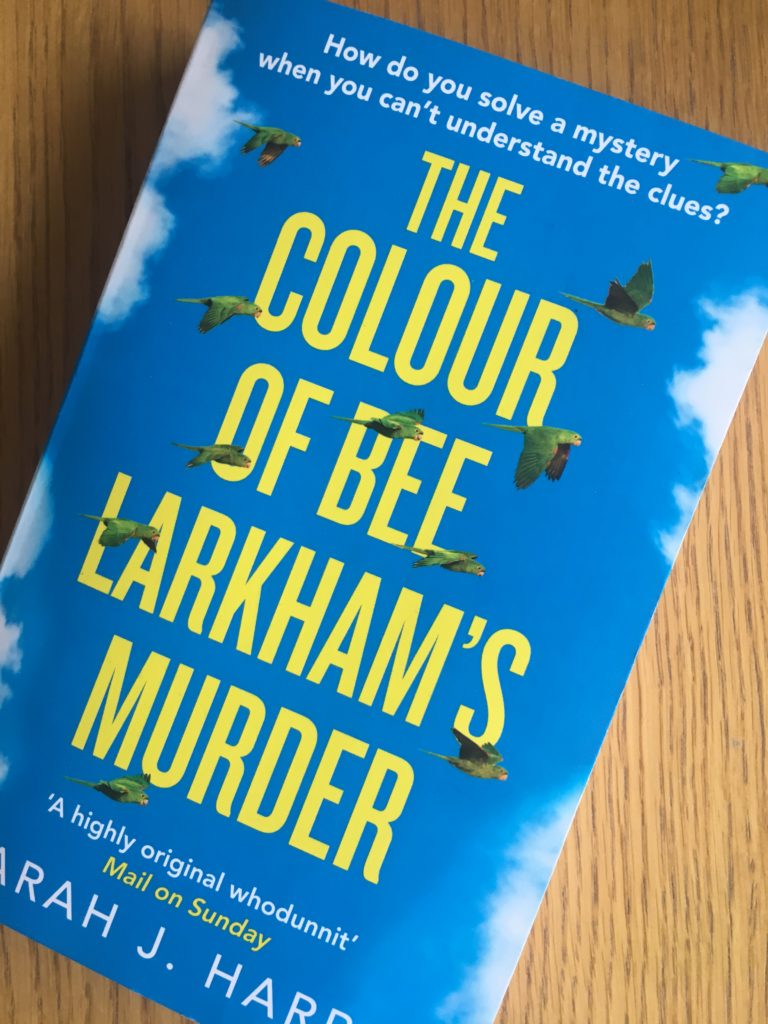