When my son said goodbye to his German exchange partner when he was in year 9, they agreed they would do it all over again in year 10. But would they even be allowed to do it again?

The two boys got on brilliantly right from the start. They shared interests in football and gaming and seemed to have the same sense of humour. They’ve stayed in touch with each other and my son can often be heard laughing with his German friend while he talks to him online.

We all hoped they could be paired up again for this year’s German exchange. So, when the letters came out in the summer for German exchange 2018-19, I emailed the teacher to see if my son could be matched with the same boy again. And it turns out they positively encourage it! Apparently the German kids are only allowed to do the exchange for a second time if they’re paired up with the same child.

So the German boy came back. And it was like he’d never been away. He was immediately laughing with my son about things they saw on their phones. We didn’t have the 24 hours of uncertainty where we all struggled to think of things to say to him.

Last year, he didn’t eat much for the first few days and I was a bit worried. Then we went to an event at school and I have never seen one person consume quite so much cake. Surely he would make himself ill? But we learned that he doesn’t like spicy foods like curry or Mexican. He doesn’t even like spaghetti bolognese. At home, they just eat meat and bread, and that’s what he likes to eat. That and an awful lot of cake and chocolate.

So we all ate a rather more bland menu than usual for a week and the German boy was happy. It turns out he actually has a huge appetite – he got in from school one day and ate FOUR slices of toast. Not even my eldest can manage that.

In Germany, school starts at 8am and he has a reasonably long journey to school. Last year, he was up early with me every day. Last year, he’d just turned 13. He’s 14 now and has turned into a ‘proper’ teenage boy like my own sons. The sort of teenage boy who finds it impossible to get out of bed in the morning. It was such a struggle to get three teenage boys out of bed that I entirely forgot to give my daughter her lunch money one day.

The German boy got on as well with my other kids as he did with my younger son. And I’m in awe of the way my husband managed to engage him conversation. Mainly it used the universal language of football. Luckily, my husband could talk about football literally forever. They found a Bundesliga (basically the German Premier League) game on TV and all sat and watched that. Even better, Borussia Dortmund (the German boy’s team) won it.

My husband is a true football fan and often goes to Wembley for England games (he watched all of England’s homeWorld Cup qualifying matches). He wanted nothing more than to take the German boy to watch England at Wembley. He booked the tickets for the game against the USA ages ago, before even knowing whether they would actually be able to go. It depended on what school trips were arranged on that day as to whether they could make it to Wembley on time.

I’m pleased to say that the boys made it for their trip to Wembley and they had a brilliant time, despite the long journey and the late hour. It was the perfect ending to his trip to England.

The German exchange was a brilliant experience for both boys again, and for all of us. The two boys are looking forward to my son’s return visit in the new year and I very much doubt it’s the last our family has seen of the German boy. 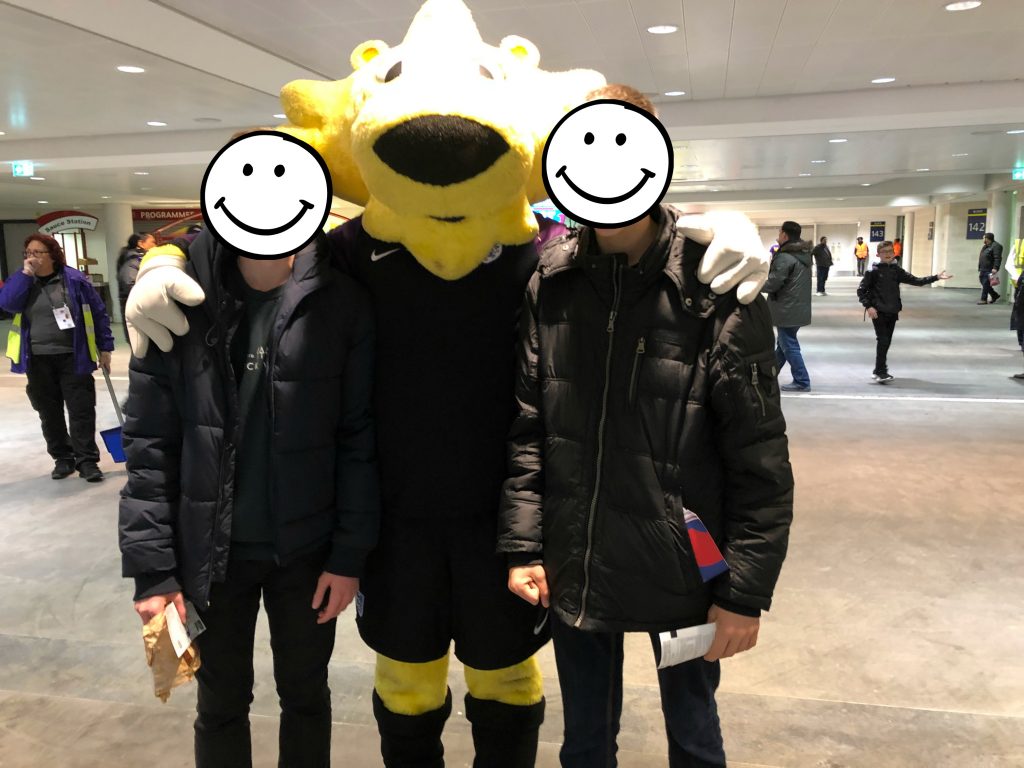