My son turned 17 in June this year and was determined to start learning to drive immediately. He kept telling me he would pass his test in August or September and I kept telling him it would be perfectly good to pass it around Christmas.

We gave him driving lessons for his birthday, although we didn’t specify how many – enough for him to pass his test in a ‘reasonable’ length of time. We weren’t highly organised in sorting him out with lessons, so he didn’t have a lesson on his birthday or the day after, even though we had an instructor lined up.

I was nervous about insuring him on my car – and even more so when I heard the cost! Rather than insure him for an entire year, I opted for 90 days’ temporary insurance – taken in three separate batches, costing £75 each. Yes, £75 a month to insure a learner on an 11 year old Mini. And the excess if he causes any damage is an eye-watering £600. But my husband is a great believer in practise being the key to learning to drive.

By all accounts (his and my husband’s), my son was doing very well indeed. Maybe he would pass his test in August or September after all? 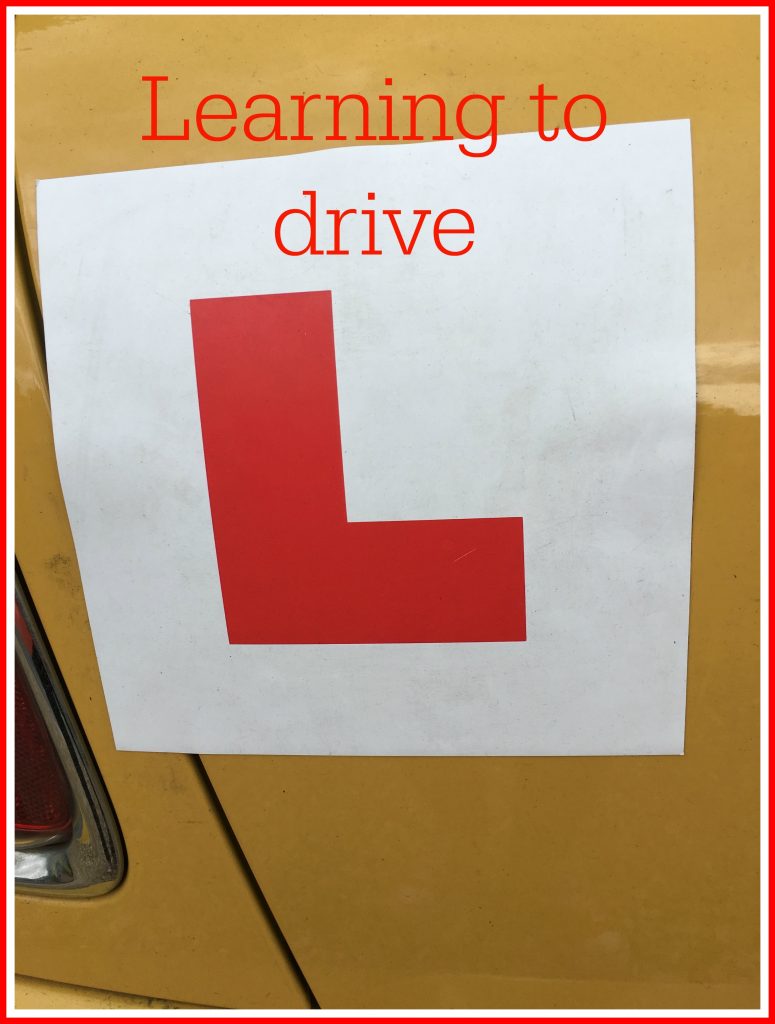 He had his first driving lesson a week after his 17th birthday, by which time he already had seven or eight hours’ of practise under his belt.

For the first month, my husband continued to take him out almost daily, in addition to his weekly driving lessons. The ‘T’ word was mentioned after only four lessons.

It was finally time for me to get in the car with him. I had big expectations.

I was a little disappointed. His driving was pretty erratic. To be honest, it was what I’d expect of a learner after only a few weeks, but everyone had bigged his driving up so much, I’d been expecting more. Surely he was a long way off a test?

Life got in the way of practise in the second month, so he didn’t have as much. But he was still having his lessons and continuing to make good progress.

So he took his theory test. He DID work for it and was confident it would be easy. He passed the multiple choice section with flying colours, but unfortunately he failed the hazard perception element, which meant he’d failed his test. He was not a happy bunny. Especially because the bottomless pit of spending on him learning to drive didn’t include two theory tests, so he had to pay for the second one himself – at a cost of £23. Luckily, we managed to book him in for a test a week later, and he passed!

As he was continuing to make very good progress in his lessons, my son was able to book his actual test. On my fourth trip out with him, I could tell that his driving had improved a lot – he was much smoother and we both spotted another driver behaving like an idiot at the exact same time so his perception was coming on well too. It really felt like I was a passenger in the car with a driver, rather than someone supervising a learner. By this point, the main issue both my husband and the instructor had with his driving was that he was starting to drive too fast.

Having a son learning to drive has been a relatively painless experience, if you don’t count the extortionate cost of the whole thing (lessons are £25 a pop and he will have had about 16 lessons before his test). I will be very happy if he passes, but also fearful of him being out on the road, not to mention the cost of the insurance (the insurance company wouldn’t be drawn on whether it would cost even more than for a learner, but I suspect it will!).