As a rule, I will always read a book before watching a film or TV, but in this case I was unaware of the book. But the TV series made me want to read it. I’d assumed the book would have been written a long time ago, but it was actually only published in 2016, when all but one of the participants had died.

Long before we knew about Jimmy Savile and the other TV stars of the 70s and 80s who abused their power, this was the first instance of someone in public office getting themselves into lot of trouble. Jeremy Thorpe was the first MP to stand trial for attempted murder.

Jeremy Thorpe was leader of the Liberal party, a popular and enigmatic man, liked by politicians from all parties, as well as the public. He was also a gay man with a string of homosexual affairs behind him, going back to before homosexuality was legal. He knew that if word of his homosexuality ever got out, he would be ruined. So he did everything in his power to make sure it didn’t.

Jeremy Thorpe’s downfall was a beautiful, but troubled young man called Norman Scott. Thorpe was so taken with him that he even rented a flat for him close to Parliament, so he could see him whenever he wanted. But eventually Norman Scott grew tired of the arrangement and his lack of freedom. He wanted to be independent and get a job, but he didn’t have his National Insurance card.

Over the years, Scott made many allegations about Thorpe and wasn’t believed. But as more and more people heard these allegations, Thorpe grew increasingly desperate to silence Scott for good.

With the help of fellow politicians, he did all he could to ensure nobody ever heard what Scott had to say.

The TV series, which starred Hugh Grant and Ben Whishaw, was very faithful to the book, although the book contains a lot more information. The book goes into far more detail about Thorpe’s desperate attempts to get money, as well Scott’s mental health. I was disgusted, although perhaps not surprised, to discover that Thorpe also had links with both Cyril Smith and Jimmy Savile.

In these Me Too times, this is a truly shocking read about the abuse of power. A Very English Scandal may be a real-life story, but it is every bit as surprising as fiction. 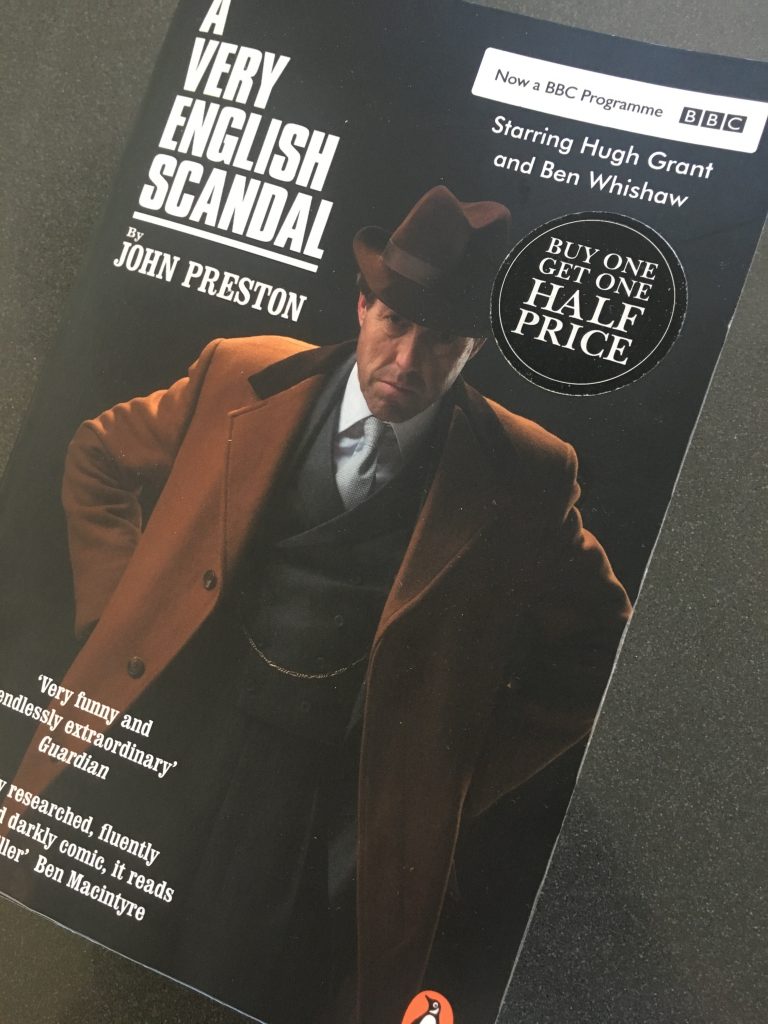