Deadly Secrets is the sixth, and currently final, book in the Detective Erika Foster series by Robert Bryndza, which was published in April. Regular readers will know that I love the Erika Foster novels and I was desperately waiting for this one to be published. Then when it was published, I couldn’t find it in either Waterstones or Sainsbury’s, so I had to bite the bullet and order it from Amazon. Because I had to read it!

Late on Christmas Eve, a beautiful young woman is brutally stabbed in her own front garden. Her body is discovered the next morning by her mother, her blood frozen to the ground. DCI Erika Foster abandons her plans for Christmas dinner and starts to investigate.

Marissa Lewis wasn’t well-liked, had a lot of secrets and used a lot of people. But who would want her dead? Then reports start to come in of seemingly random attacks on both men and women in the area by a sinister figure wearing a gas mask. Did he kill Marissa? And who is he?

A lot of people are looking guilty – from Marissa’s mother to her neighbour to the men she had affairs with. But Erika Foster and her team keep drawing blanks and the attacks by the masked man continue.

As Erika is forced to take a step back from the investigation, one of her team is put in terrible danger. Can Erika and her team track down the masked man before someone else is killed?

This is another real page-turner from Robert Bryndza and with an impressive cast of suspects, it keeps you guessing until the end. And there’s no way I could ever have guessed who the killer was – or their motive for the murder.

Erika Foster novels are entertaining and I would definitely recommend Deadly Secrets. It works well as a stand-alone novel, but why not go right back to the beginning and work you way through the whole series, starting with The Girl in the Ice? 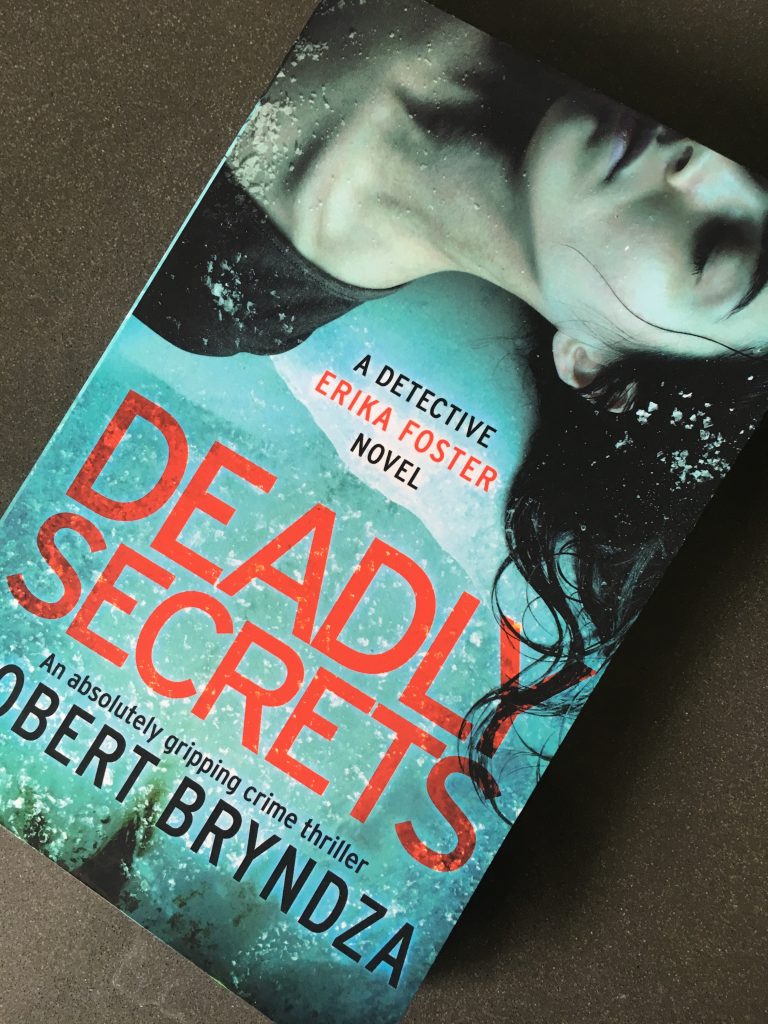