Working at home and the art of keeping warm

Home » Family » Working at home and the art of keeping warm

I have worked at home on my own for four years now (I know – where did that time go?) and for the entire time I have struggled with keeping warm. I am cold for eight or nine months of the year. You may be surprised at just how cold a house can be in May or September.

I wear a long sleeved T-shirt under a short sleeved one and try to keep it tucked in (I hate that cold bit of back!). I’ve tried wearing two hoodies or one hoodie and a gilet (my preference). I’ve even tried fingerless gloves and a hat.

What I absolutely won’t do, is turn the heating on.

I like to work at the breakfast bar on my MacBook. I love my kitchen. But it’s quite cold.

My MacBook doesn’t have Word and it isn’t linked up to the printer, so sometimes I need to work on the desktop in the spare room. The spare room is a bit dark, it only has a tiny window. And the wifi signal in there can be a bit unpredictable. But it is slightly warmer, due to being upstairs and also having a heated clothes airer in the room.

While the bathroom man was here, I gave up working in the kitchen altogether, because it was too noisy. I spent my entire days in the spare room. I even ate my lunch in there. Also, because it was noisy, I shut the door. I don’t know why, but in our house we don’t shut doors, apart from going to the toilet or having a shower. We don’t shut doors to sleep or for any other reason.

And then – a revelation.

A small room, with a heated clothes airer and a closed door is WARM. Yes, even in all the terrible cold weather we’ve been having lately. I didn’t need two hoodies or a gilet.

It’s taken me four years, but I’ve finally discovered the secret to being warm while I work. 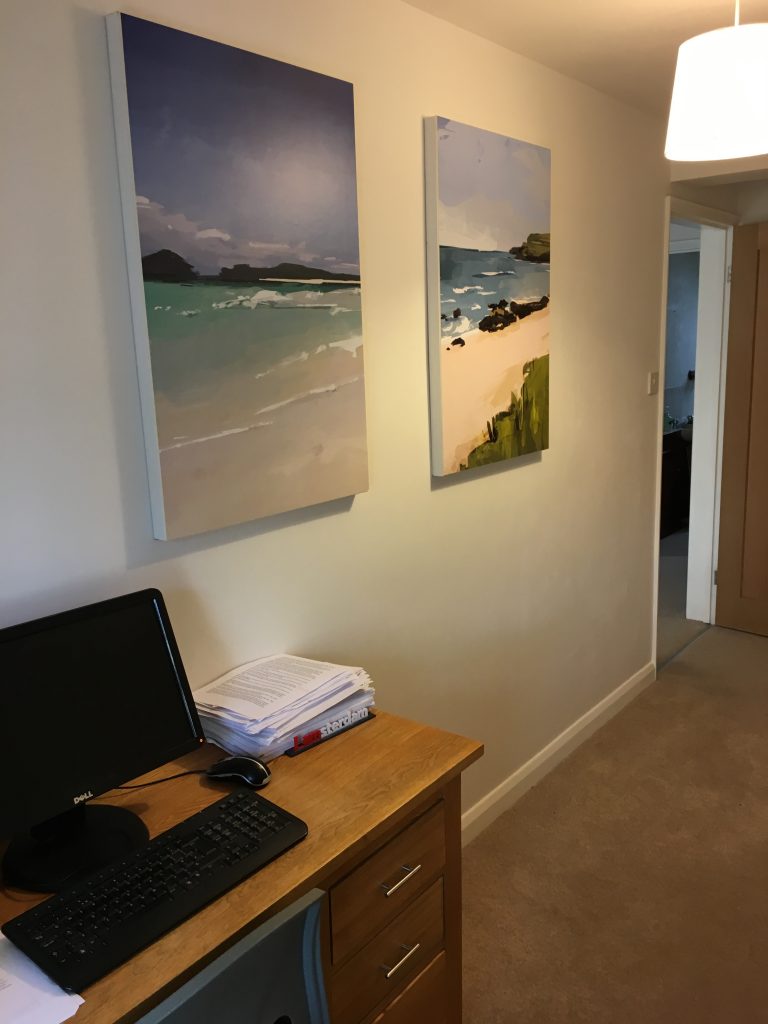